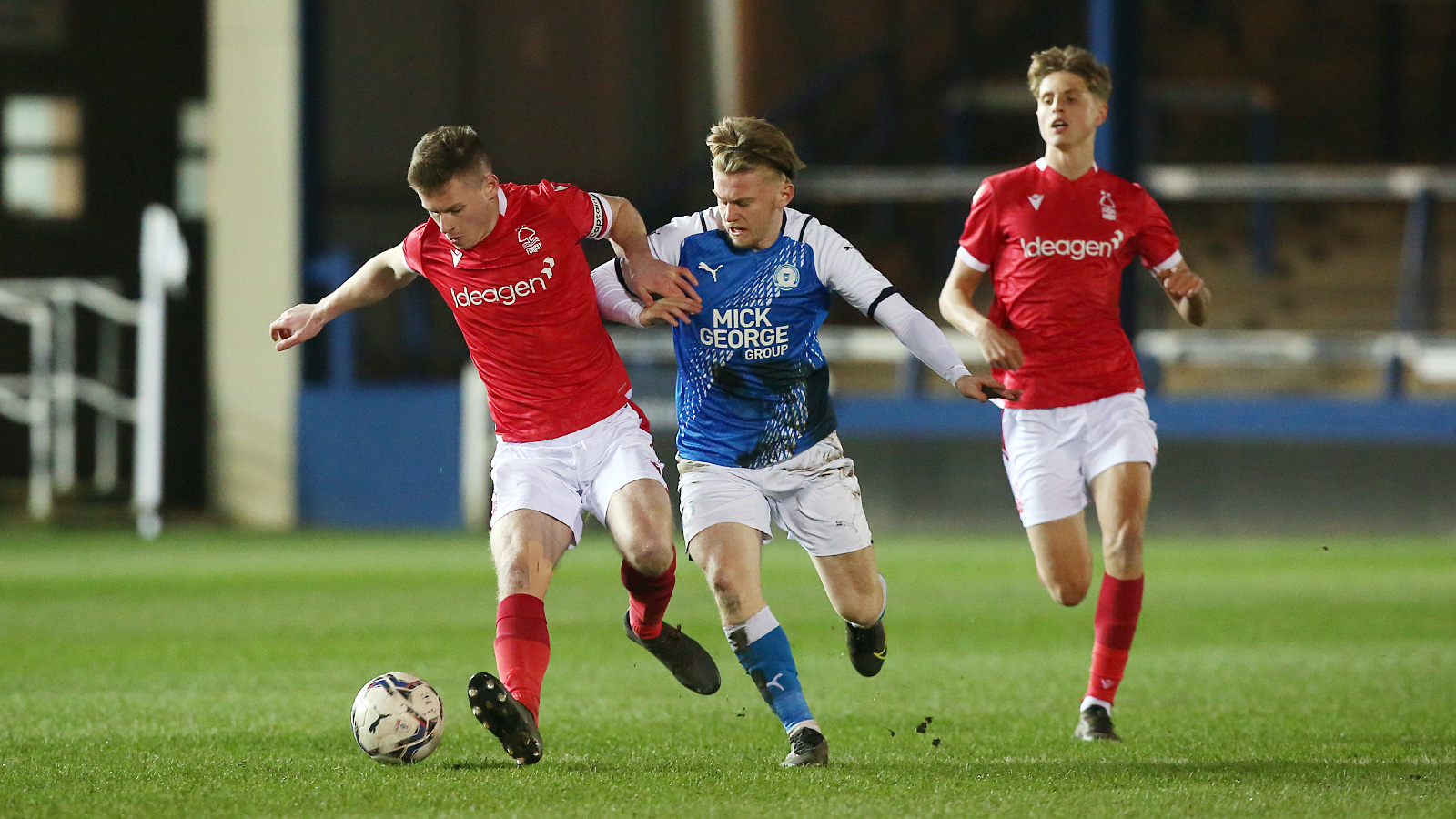 Kellan Hickinson on target, but Posh under 18s beaten.

The Peterborough United under 18s were beaten 2-1 by Nottingham Forest in the fourth round of the FA Youth Cup at the Weston Homes Stadium as a controversial second half strike from Jack Nadin secured a fifth-round tie at either Leeds United or Cambridge United.

Nadin appeared to find the back of the net from an offside position, but in truth, based on the second half, the visitors certainly created the better opportunities with Detlef Esapa Osong hitting the crossbar and the lively Dale Taylor firing wide from a decent position inside the box.

It was TAYLOR who gave the Category One side the lead, racing onto a long ball and rounding goalkeeper Will Lakin before slotting into the empty net. Posh levelled the scores midway through the first half and it was an excellent goal from Kellan HICKINSON who rifled a shot into the back of the net via the inside of the post.

Will Van Lier fired two free-kicks over the crossbar in the first period, while Gabe Overton tested the keeper from the edge of the box. Lakin did well to parry a free-kick wide of the target from Hanks.

In the second half, the visitors were arguably the better side without forcing Will Lakin into any saves aside from the goal which NADIN poked home from close-range. Posh huffed and puffed but couldn’t find a way back into the contest with the visitors securing their passage into the next round.