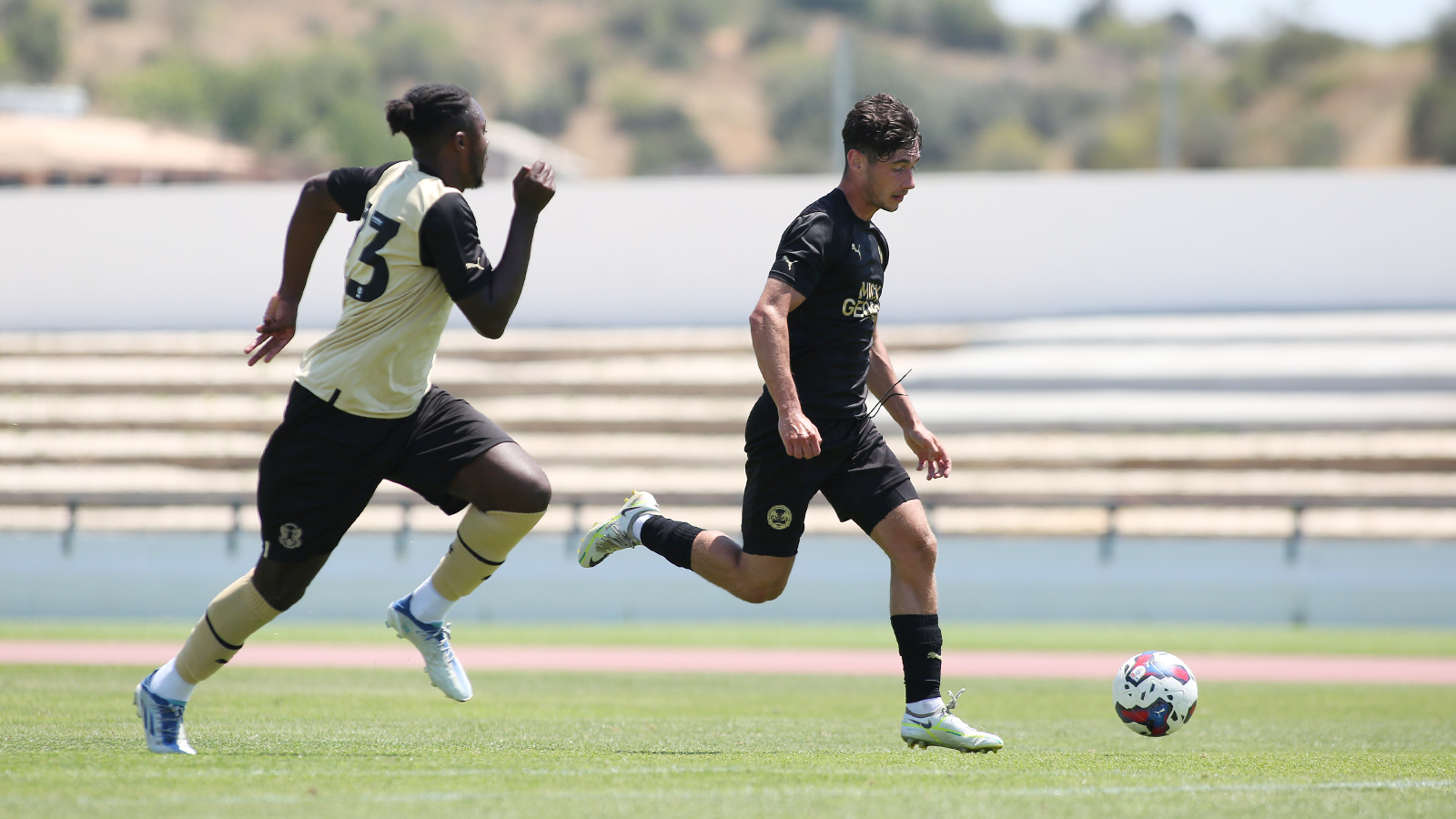 Posh opened their pre-season campaign with a comfortable 3-0 victory over Leyton Orient.

Peterborough United got their pre-season friendly campaign underway on Friday morning with a comfortable 3-0 victory over Leyton Orient, with the fixture played in Lagos, Portugal, around 35 minutes from the club’s training base.

Grant McCann’s men opened the scoring midway through the first half with a Ricky-Jade Jones header and doubled the advantage after the breakthrough Joel Randall’s fine strike. The third was a bit confusing for everyone watching, but it was eventually awarded to Jack Marriott after the O’s goalkeeper had initially been red carded for deliberate handball outside the area.

McCann deployed two different XIs for each 45 minutes and Posh carved out some opportunities in front of goal in the sweltering temperatures with Jones and Sammie Szmodics both going close. Ruel Sotiriou was lively for the League Two side and curled wide and saw a shot blocked in a half that was played at a decent level of intensity.

In the second period, midfielder Ben Thompson twice went close while Lucas Bergström kept out a low strike from Sotiriou. Former Posh loanee George Moncur was in the O’s line-up and tried to get things moving in the second period, but Randall’s well-taken drive into the top corner of the near post killed the game as a contest.

Then came the drama of the third goal. A through ball to Marriott saw the former Derby man try and loft the ball over the advancing keeper Sargeant but he handled outside of the box. The referee blew for a foul as the ball ran loose to Marriott who slotted the ball into an empty net. A red card was then brandished at the keeper, but the Posh management protested as they were keen for the game to remain as 11v11. The goal was then awarded to Marriott.

First team coach Dale Tonge said: “It was a good workout for the lads and caps off a good week away here in Portugal. It was important that all of the players got minutes into their legs, we have come away with no injury concerns and we have come away with a good victory. We now go on to a busy schedule next week.”