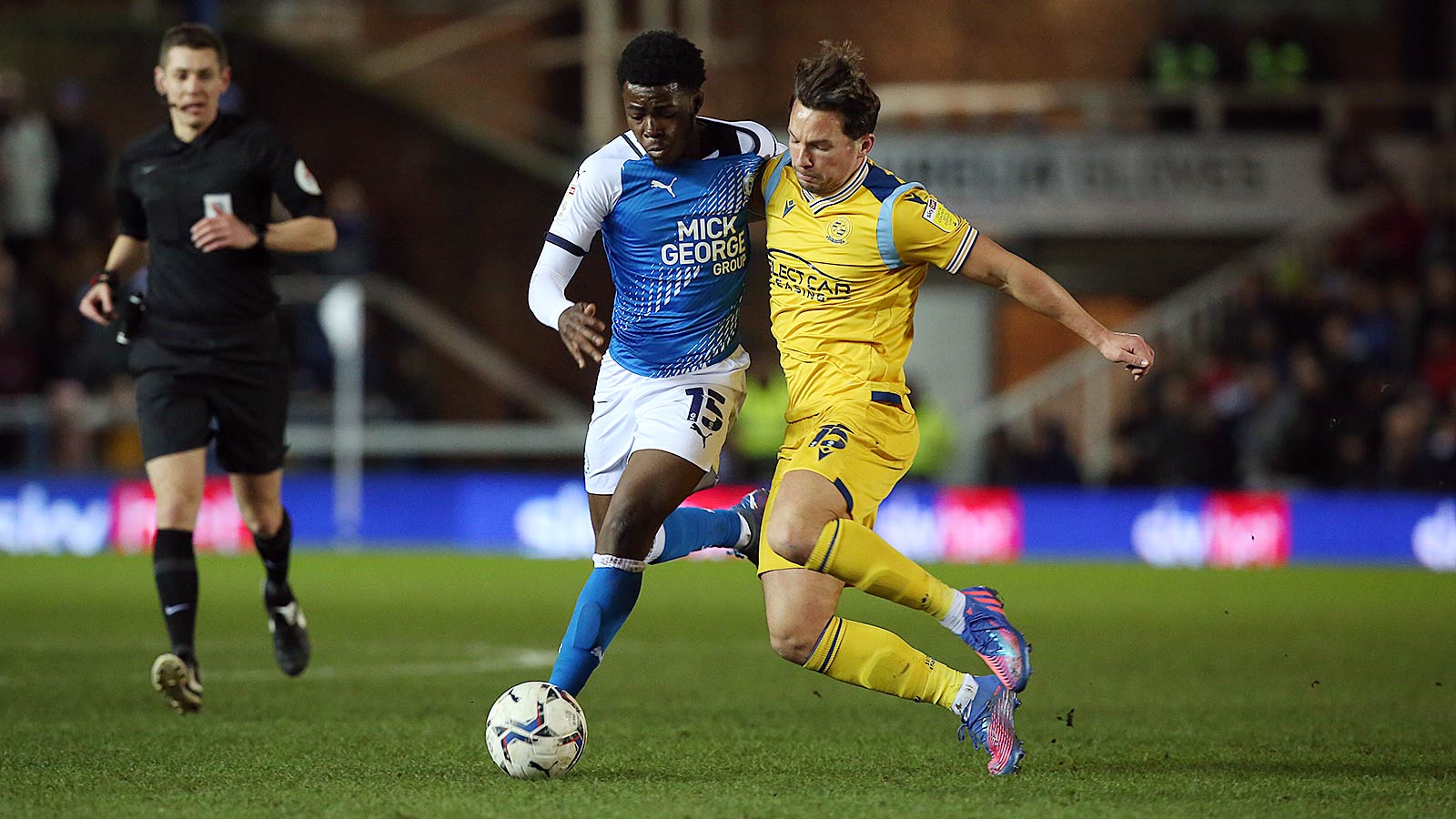 Posh held to a 0-0 draw by Reading at the Weston Homes Stadium.

Peterborough United were frustrated by the final part of their game on a night where the wind was the true winner as Reading left the Weston Homes Stadium with a point following a goalless draw in the Championship.

In extremely difficult blustery conditions, it was Posh who made the most of the early running with Joe Ward firing a free-kick from 35-yards well over the crossbar after a foul on Jonson Clarke-Harris. Goalkeeper Karl Hein produced a fine stop to keep out a powerful effort from Clarke-Harris on eight minutes after wonderful pressing from Oliver Norburn had created the opportunity.

Kwame Poku saw a shot blocked as Posh continued to press in the opening exchanges. Hein was called upon again to beat away a fierce drive from Thompson before skipper Norburn was cautioned for a foul.

On 32 minutes, goalkeeper Steven Benda produced a fine stop to keep out a curling free-kick from Tom Ince as the Royals came close to a breakthrough. A combination of Hein and defender Morrison prevented Fuchs from getting his first Posh goal following a back post header before Norburn flashed a shot wide from distance.

Neither side made a change at the break as Reading, with the wind at their backs in the second period, attacked the Deskgo Stand. Coulson was yellow carded within 30 seconds of the re-start for a foul.

Tom Holmes glanced a header wide from a Tom Ince delivery from the resulting free-kick as Reading came close to getting their noses in front. Hein was well placed to claim a speculative volley from Reece Brown on 49 minutes after a corner was only half cleared.

Norburn dragged a shot wide on 62 minutes after good hold up play from Fuchs following a throw-in. Yiadom tested Benda from range with the keeper equal to the powerful drive from 25-yards. Darren Ferguson made a change on 68 minutes with striker Jack Marriott replacing midfield man Brown.

Poku was next to try his luck but his stinging drive was repelled by Estonian international Hein. Swift headed straight at Benda from a Yiadom centre before Hein smothered at the feet of Jack Marriott after a clever pass from Poku.

Benda kept out Joao on 84 minutes after the towering striker wriggled through three Posh challenges. Thompson was cautioned on 88 minutes for a foul as the visitors tried to break on the counter attack.