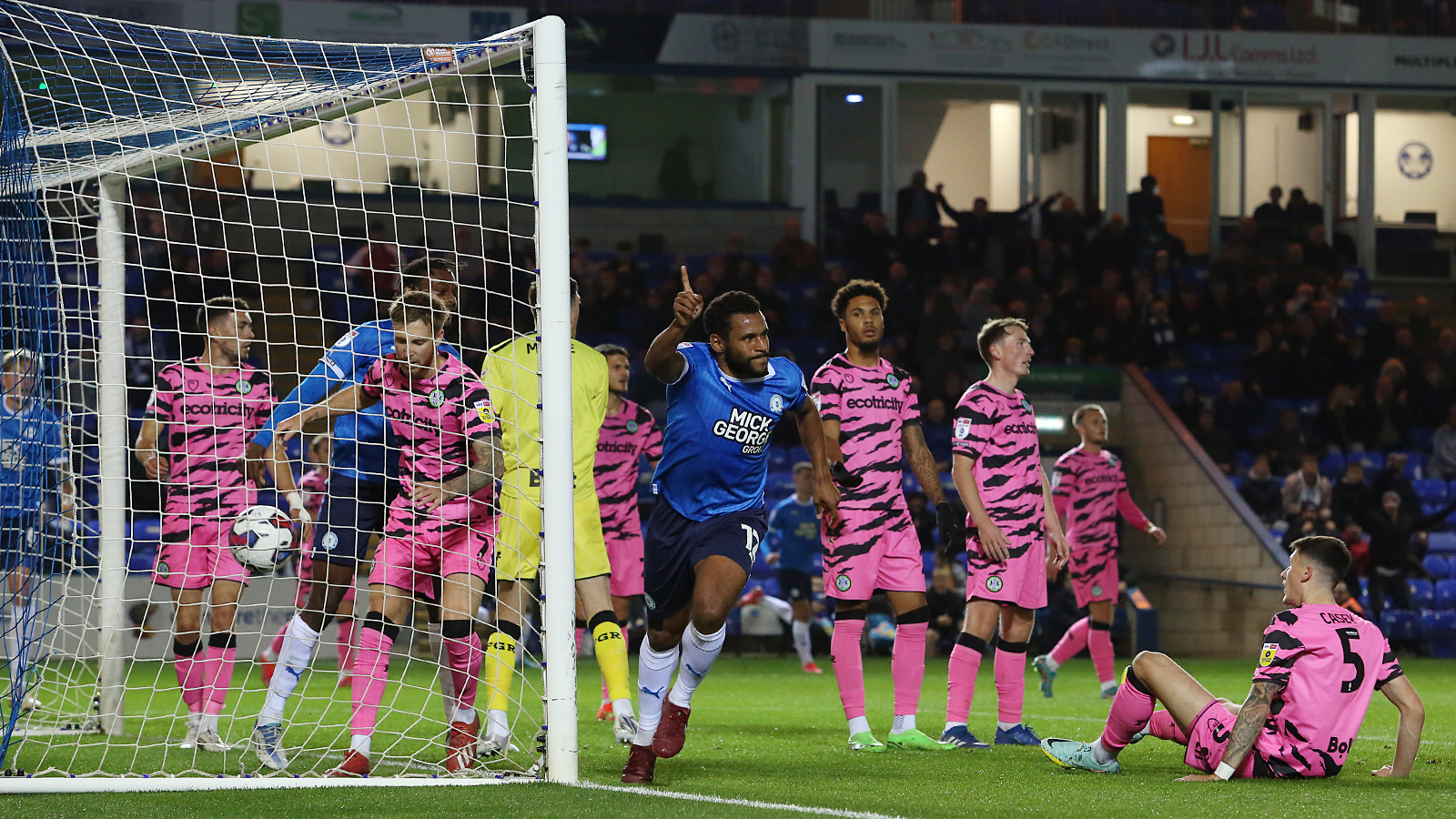 Posh Up To Fourth After Four Goals Against Forest Green

Posh are up to fourth in the league table after a comfortable 4-1 win over Forest Green Rovers.

Four goals, four different goal-scorers and up to fourth in the table – it was a good night’s work for Peterborough United as Nathan Thompson, Jonson Clarke-Harris, Ricky-Jade Jones and Harrison Burrows netted to see off Forest Green Rovers at the Weston Homes Stadium.

Forest Green made a lively start to the game, frustrating Posh in possession and forcing an error which led to a chance for Reece Brown, but his effort was superbly blocked by Josh Knight. The visitors did lose the services of Brown before the quarter hour mark as he limped out of the action with what appeared to be a hamstring injury.

Cargill fired wide of the near post after a quickly-taken corner kick on 17 minutes as the visitors continued to threaten. March glanced a header wide from a set-piece on 23 minutes as FGR once again caused a few problems for Posh defensively.

The deadlock was broken on the half hour an hour mark as a short corner was worked to Joe Ward and his centre was forced home from close-range by Nathan THOMPSON. Former Posh goalkeeper Luke McGee produced a fine stop with his legs to keep out Burrows and moments later the Academy graduate was inches wide with an ambitious lob from long-range after a defensive mistake left the keeper adrift.

On 35 minutes, the visitors levelled the scores and there was a bit of the rub of the green in it, the ball rebounding kindly for MARCH who poked the ball into the bottom corner. Posh nudged back in front on 39 minutes as a cross from Butler down the left was hooked home by CLARKE-HARRIS for his 10th goal of the season.

Posh should have been awarded a penalty on 41 minutes as Jones managed to stab the ball past McGee and ended up being taken out but the referee somehow came to the conclusion that it was a free-kick to FGR.

It didn’t take long for Posh to add a third goal, clipped ball forward by Knight, flicked on by Clarke-Harris and JONES showed good strength to hold off the defender before firing past McGee. Jones showed blistering pace on 53 minutes, racing down the left leaving the full-back in his wake, but his eventual finish went wide.

Posh made it 4-1 on 58 minutes as a shot from distance by Jones was spilled by McGee and Harrison BURROWS was first to the rebound, firing into the back of the net. McGee then did well to keep out a Ward effort as Posh piled forward in search of more goals.

Grant McCann made a change on the hour mark with Jack Marriott replacing the impressive Ricky-Jade Jones in attack. A wonderful teasing cross from Ward on 64 minutes eluded two onrushing players and Clarke-Harris at the back post couldn’t divert it goalwards as Posh again came close.

Substitute Jack Marriott was a whisker away from goal number five moments later, but his powerful drive went inches past the post. Boyes was cautioned for a foul on Marriott as he looked to break before Forest Green brought on Dom Bernard. Taylor lashed a shot over the top with his left-foot on 84 minutes as Posh continued to pepper the FGR goal. Taylor was cautioned in stoppage time for a foul on the edge of the box and Little saw his free-kick expertly tipped over by Bergstrom.