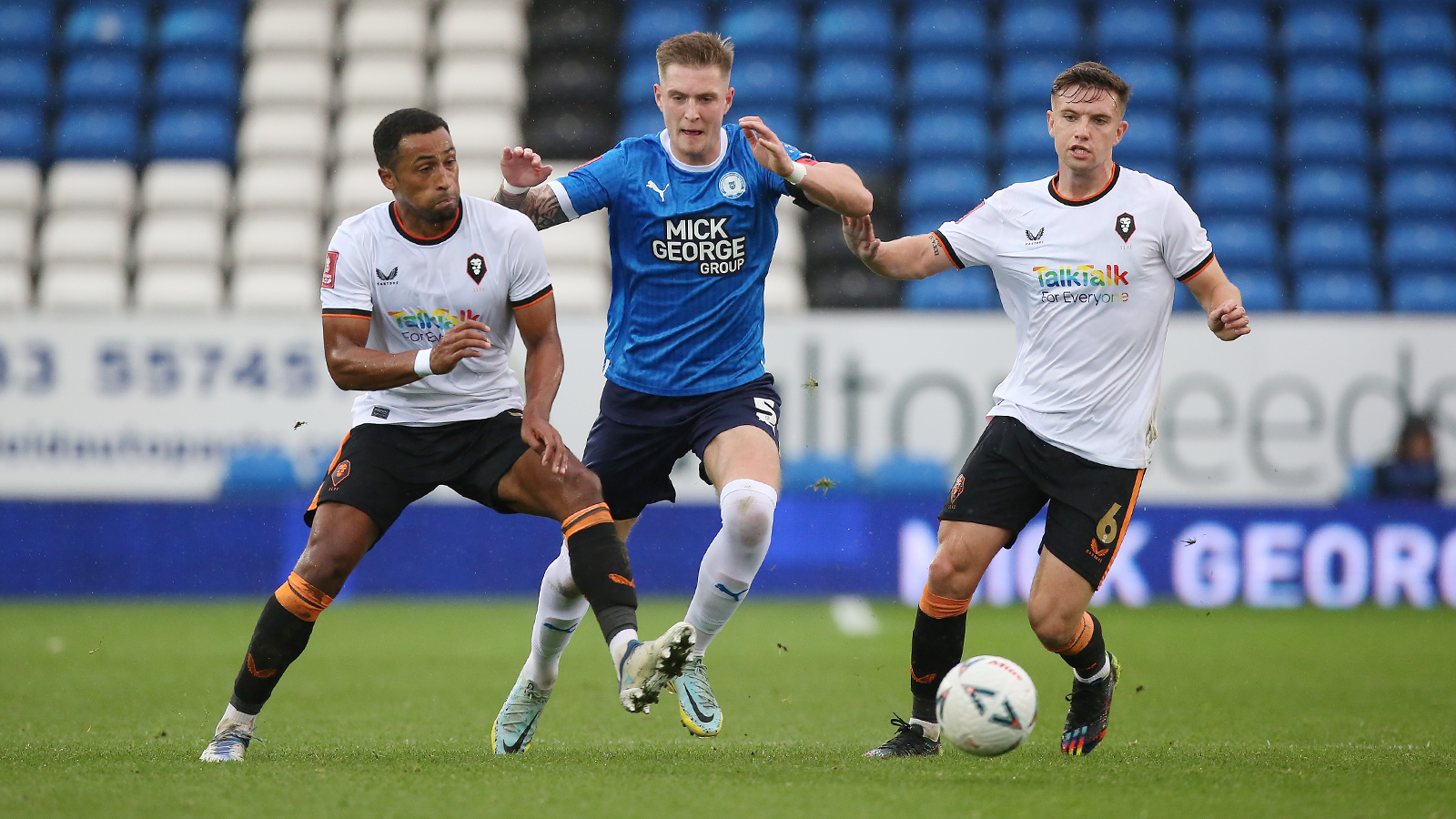 No fireworks at the Weston Homes Stadium as Posh and Salford play out goalless draw in the first round of the Emirates FA Cup.

Peterborough United and Salford City will do it all again on Tuesday 15th November after the Emirates FA Cup first round tie ended in a stalemate at the Weston Homes Stadium on Saturday afternoon.

Ibou Touray fired into the side-netting inside the opening few minutes after making a lively start to the cup clash. Luke Bolton was then denied by Bergström who was also well placed to collect a low effort from range from Jenkins.

Jack Marriott fired over at the other end after good hold-up play from Ephron Mason-Clark as Posh tried to create something at the other end. The same Posh man saw a left-footed effort repelled by King on 11 minutes after a good incisive pass from Jack Taylor.

Josh Knight saw a volley on the turn routinely caught by King before Dan Butler lashed a shot well wide of the target. Jack Taylor also had an effort from range, but that went harmlessly wide of King’s right-hand post.

Marriott was cautioned for a foul on 34 minutes as he tried to prevent the visitors launching an attack on the counter. Burrows saw a left-footed effort saved by King on 38 minutes after the ball was worked back to him on the edge of the penalty area.

Galbraith was cautioned on 52 minutes for a late lunge on Jones by the touch-line. From the resulting well-worked set-piece, Mason-Clark screwed a shot horribly wide of the near post after good invention from Taylor and Burrows.

Jones headed wide from a Mason-Clark centre on 62 minutes as both sides began to warm up substitutes to try and find the breakthrough. Burrows saw a low shot gathered by King on 66 minutes but in truth the Salford keeper was not being severely tested.

Marriott did make King stretch to deny him moments later after a long run, but the shot-stopper did well to hold onto the stinging shot.  Grant McCann made his first change on 69 minutes with Jonson Clarke-Harris replacing Ricky-Jade Jones.

King denied Jack Taylor on 88 minutes from a Ben Thompson cross as the tie headed towards a replay at the Peninsula Stadium.