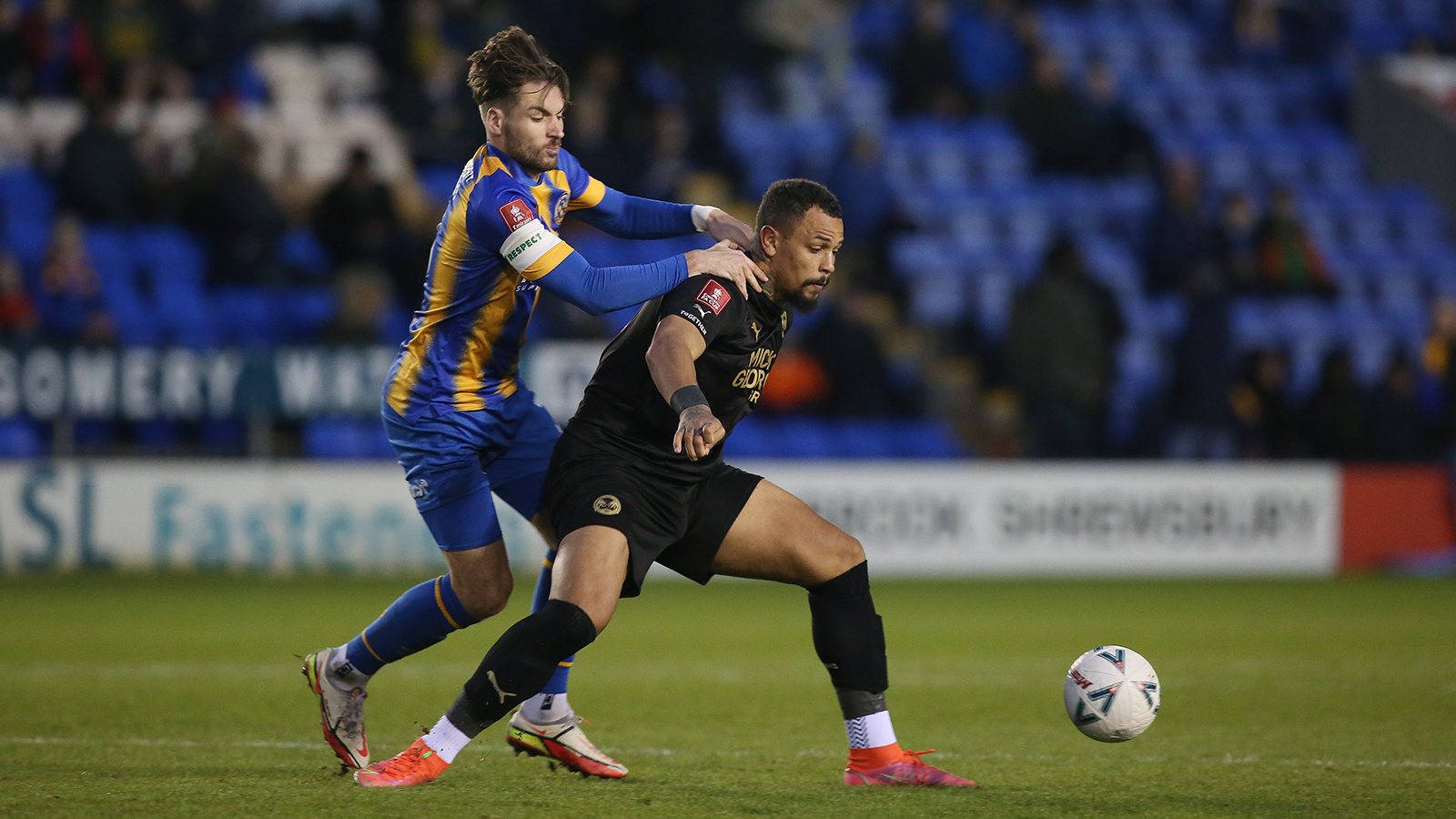 Peterborough United suffered a 3-1 defeat at the hands of Shrewsbury Town in the second round of the Emirates FA Cup with all the goals coming in the first half as Grant McCann’s men failed to turn dominance in the second half into creating a grandstand finish.

It didn’t take long for the home side to find the breakthrough, a cross into the box was swept into the bottom corner first time by former Preston North End man Tom BAYLISS. The goalscorer had another shooting opportunity on six minutes on the edge of the penalty area, but he blazed over the top.

Posh levelled the scores on 12 minutes as a mistake from Marosi presented Clarke-Harris with the ball, he advanced and delivered a fine low centre for Kwame POKU to tuck home from close-range. Street was cautioned for a push on Burrows 25-yards from goal on 26 minutes which Clarke-Harris thundered into the wall.

Saydee was then cautioned for a foul on Taylor after the officials made a blatant error in allowing Street back on the pitch when the ball was inches away from Taylor the man in possession. Fuchs was booked for handball on 34 minutes by referee Mr Mather.

The home side got their noses back in front from the resulting free-kick, a strike from distance was spilled by Bergström and PENNINGTON was there to snaffle home the rebound. Bergström atoned for the error moments later, making a fine point blank stop to deny Winchester from close-range.

There were six minutes indicated of stoppage time at the end of the first half as the officials followed their counterparts in the World Cup in giving generous amount of added time. On the stroke of half-time, Clarke-Harris blazed over with his left-foot after an intelligent lay-off from Mason-Clark.

The hosts extended their advantage with the last kick of the first half, Luke LEAHY scoring from the spot after a Harrison Burrows foul in the box. Grant McCann made a change at the break with Jack Marriott replacing Burrows.

Marriott saw a shot on the turn routinely stopped by Marosi while at the other end, Bergström denied Kaydee with his chest after the ball held up in the wind. Taylor then saw a 30-yarder clawed around the post by Marosi but the subsequent corner was well defended by the hosts.

Clarke-Harris then saw a shot on the turn deflected behind for a corner after good work from Mason-Clark. Marriott fired a free-kick into the stand behind the goal on 52 minutes after Clarke-Harris was upended.

Clarke-Harris fired wide on 57 minutes after a low centre from Mason-Clark picked him out, the striker got the ball stuck under his feet a bit and ended up directing his effort well wide of the target. Marriott saw another shot on the turn shovelled away from danger by Marosi before the keeper made a more routine stop to keep out Mason-Clark, who in truth should have done better.

Butler was cautioned for dissent on 63 minutes after complaining about an award of a free-kick in the home side’s favour. Thompson followed Kent into the book as the game entered the final 10 minutes. Kent saw a looping header punched away from danger by Marosi as Posh tried to create a grandstand finish.