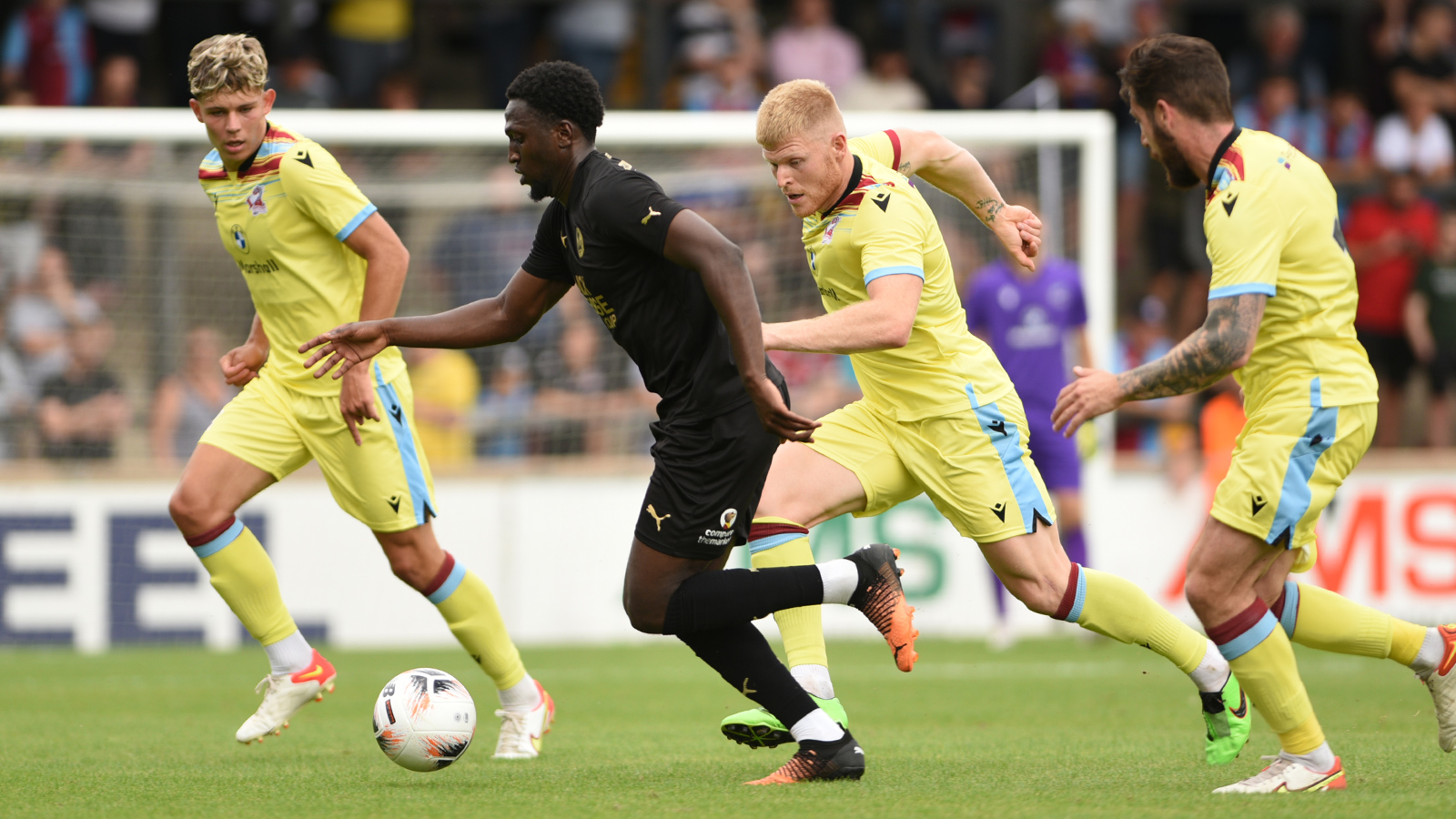 A strong performance from a Posh XI earns a deserved 1-1 draw with Scunthorpe United.

A youthful Peterborough United side put in a resilient performance against National League side Scunthorpe United as they earnt a well-deserved 1-1 draw at Glanford Park, with manager Matthew Etherington pleased with the attacking play on show.

Posh were the quickest out of the blocks as Kai Corbett sent a free-kick on the edge of the box over the bar before Joe Taylor saw an effort on the half-volley blocked by The Iron’s defence. Elliott Whitehouse failed to keep his effort down after the ball fell kindly to the midfielder outside the box.

The hosts began to raise the tempo as the game reached the 20-minute mark, as Liam Feeney fizzed an effort just wide of the far post. Corbett, who looked the most lively in the first half, forced a point-blank save from Marcus Dewhurst after Janos Bodnar picked out the former West Ham United striker.

Jacob Butterfield sent his volley from inside the box wide of the post after Posh failed to deal with a number of crosses before William Blackmore produced a wonderful save to push Feeney’s effort over the bar after it took a wicked bounced just in front of him. Charlie O’Connell made a superb last-ditch block to keep out Ty Sellars-Flemming's shot as it remain goalless at the break.

Etherington made two changes at the break, with Mackenzie Lamb and Kellan Hickinson replacing Roddy McGlinchey and Will Van Lier. Corbett sent an effort over the bar from a tight angle after a defence-splitting pass from Bodnar on 52 minutes.

Both sides pushed for the opener as Alfie Beestin guided his shot over the bar after being picked out by Mason O’Malley’s cutback. The deadlock was broken on 57 minutes as miscommunication between defender and keeper saw the former tap it past the on-rushing Dewhurst and into the back of the net to hand Posh the lead.

The hosts equalised on 70 minutes through George Taft, who smashed home from close-range after Posh failed to deal with a short corner. As the game entered the final minutes, both sides carved out good chances as Harry Lewis' low-drilled shot from distance went inches wide before Corbett sent an effort into the side-netting after Hickinson spotted the forward's charge into the box.

Etherington said after the game: “There were plenty of positives from the game, it was solely a U21 group as Grant wanted to keep the first team players together, but it was a really good test against a team in League Two last season and with plenty of senior experience. There was some really good play from us, but they also tested us at the back. For the first 20 minutes of the second half, I thought we played some excellent football, Joe [Taylor] was dropping deep and trying to make stuff happen.

“We created a lot of chances, so one thing I said to the boys after the game was about our decision-making which we over-complicated at times. I thought we tired for the last 20 minutes, which is understandable given the lack of minutes so far, but overall it was a good afternoon with plenty of positives.”