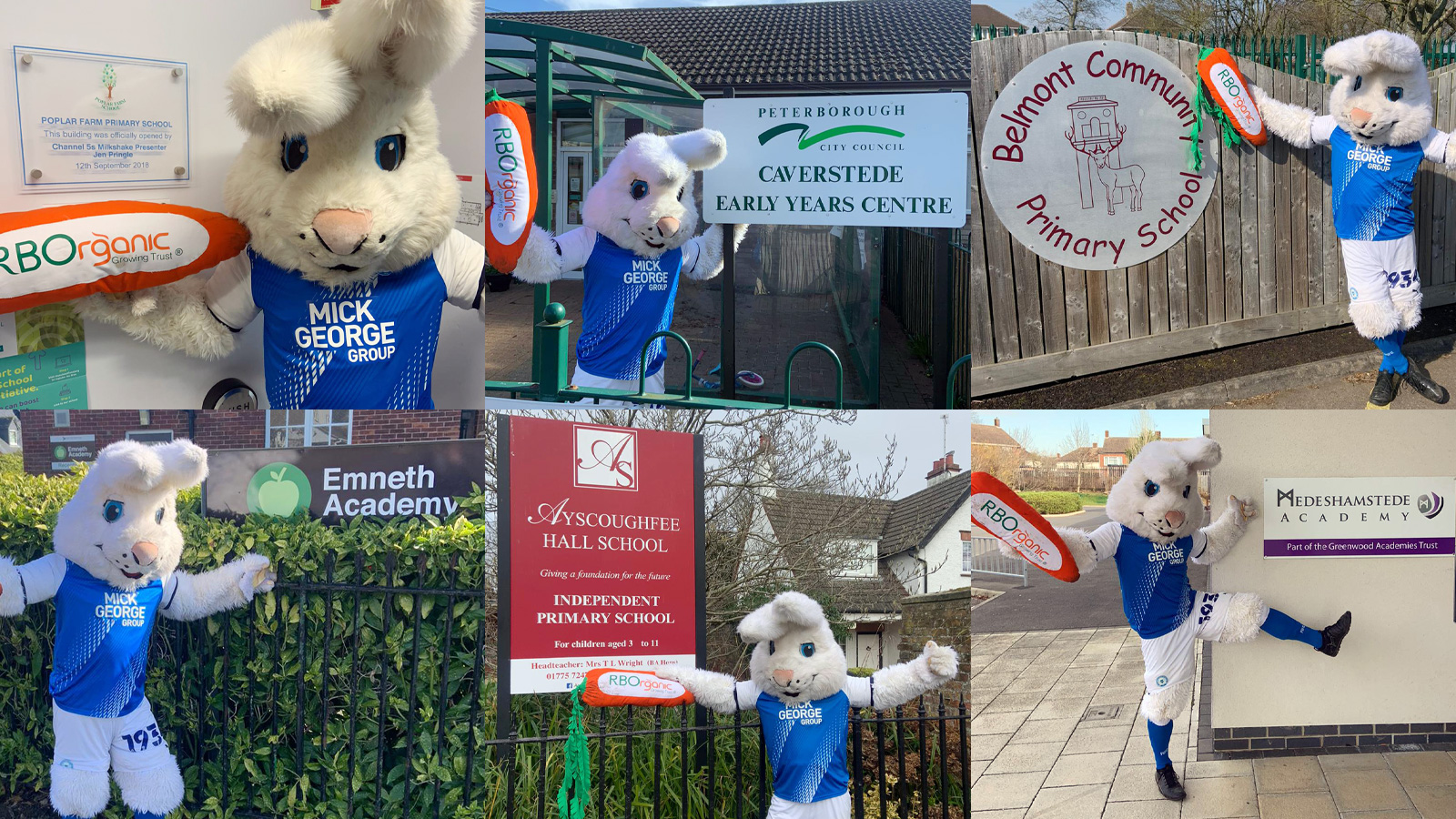 Peterborough United duo Bobby Copping and mascot Peter Burrow visited their 150th Primary School of the season on Monday morning as the hugely successful Schools Initiative continues to thrive with youngsters receiving tickets for a forthcoming game at the Weston Homes Stadium.

The pair have been delivering assemblies across the region, visiting a host of different counties and developing the Fans for the Future. The assemblies feature a short DVD, plenty of interactive fun (and dancing from the rabbit) and at some schools, they have delivered free coaching sessions too.

Copping said: “It is fantastic to have reached the milestone of 150 Primary Schools with still over a month of the season to go. We have been warmly welcomed by everyone that we have visited, Peter has shown off his flossing skills in front of thousands of children and most importantly, we believe that we have demonstrated that supporting Posh is the only choice.”

There is still time to squeeze a visit in before the end of the season, so if you want to book an assembly at your school, please email bobby.copping@theposh.com.