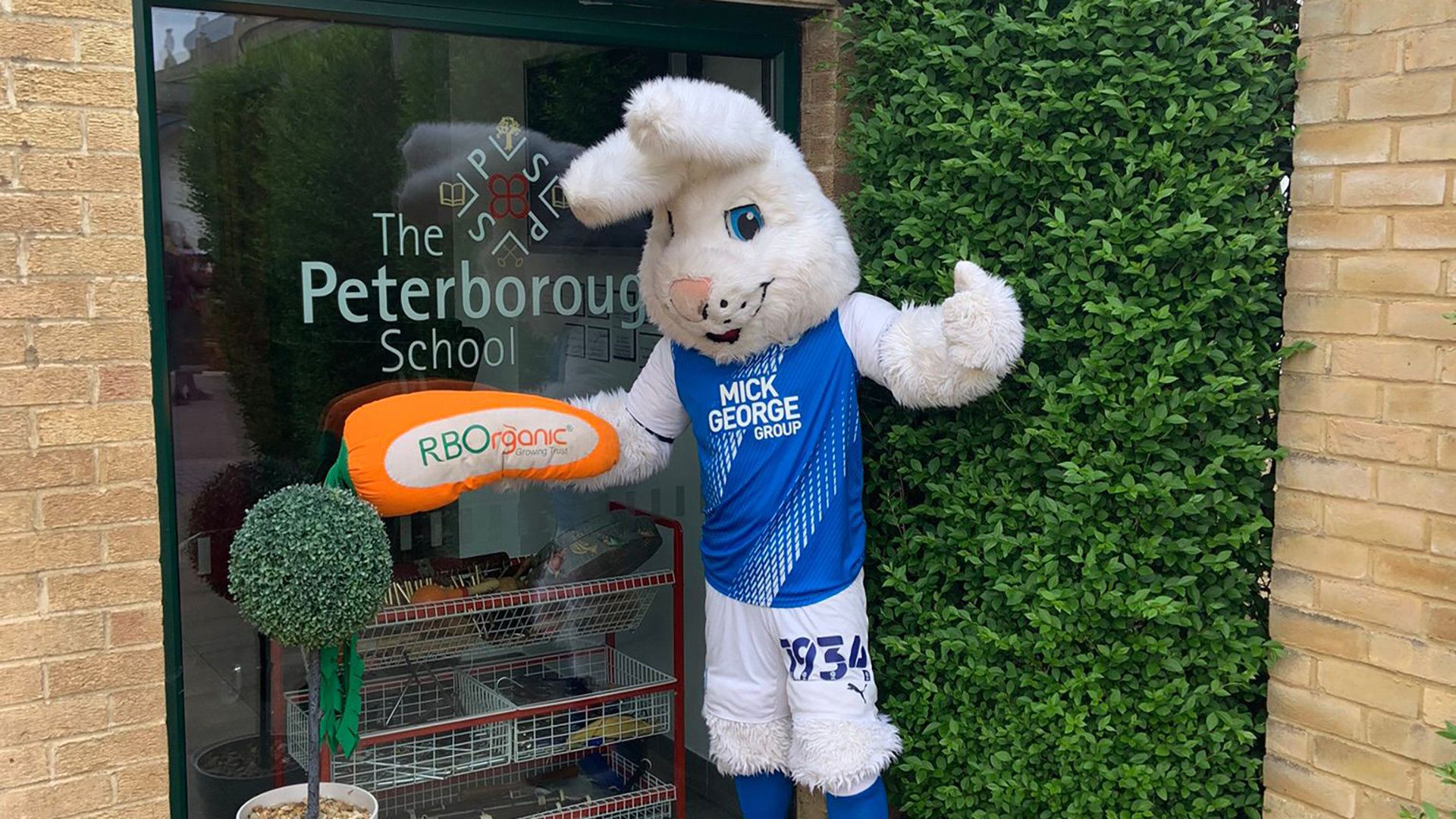 Peterborough United duo Bobby Copping and Peter Burrow have visited their 170th school as part of the hugely Schools Initiative and plans are already afoot for next season to build on the Fans of the Future scheme.

As part of the visit, the club put on an interactive assembly, featuring a DVD of some of the goals scored this season, before Peter takes centre stage, showing off his dance moves. Children at the school also receive tickets to a forthcoming fixture at the Weston Homes Stadium. In total, the pair have put on an assembly for approximately 52,000 children across the region.

Bobby Copping said: “To reach 170 schools in season is brilliant and each one that we have visited have been extremely welcoming and enthusiastic about helping us create fans of the future. Peter will have a well earned rest now and we look forward to coming back next season and visiting more schools across the region.”