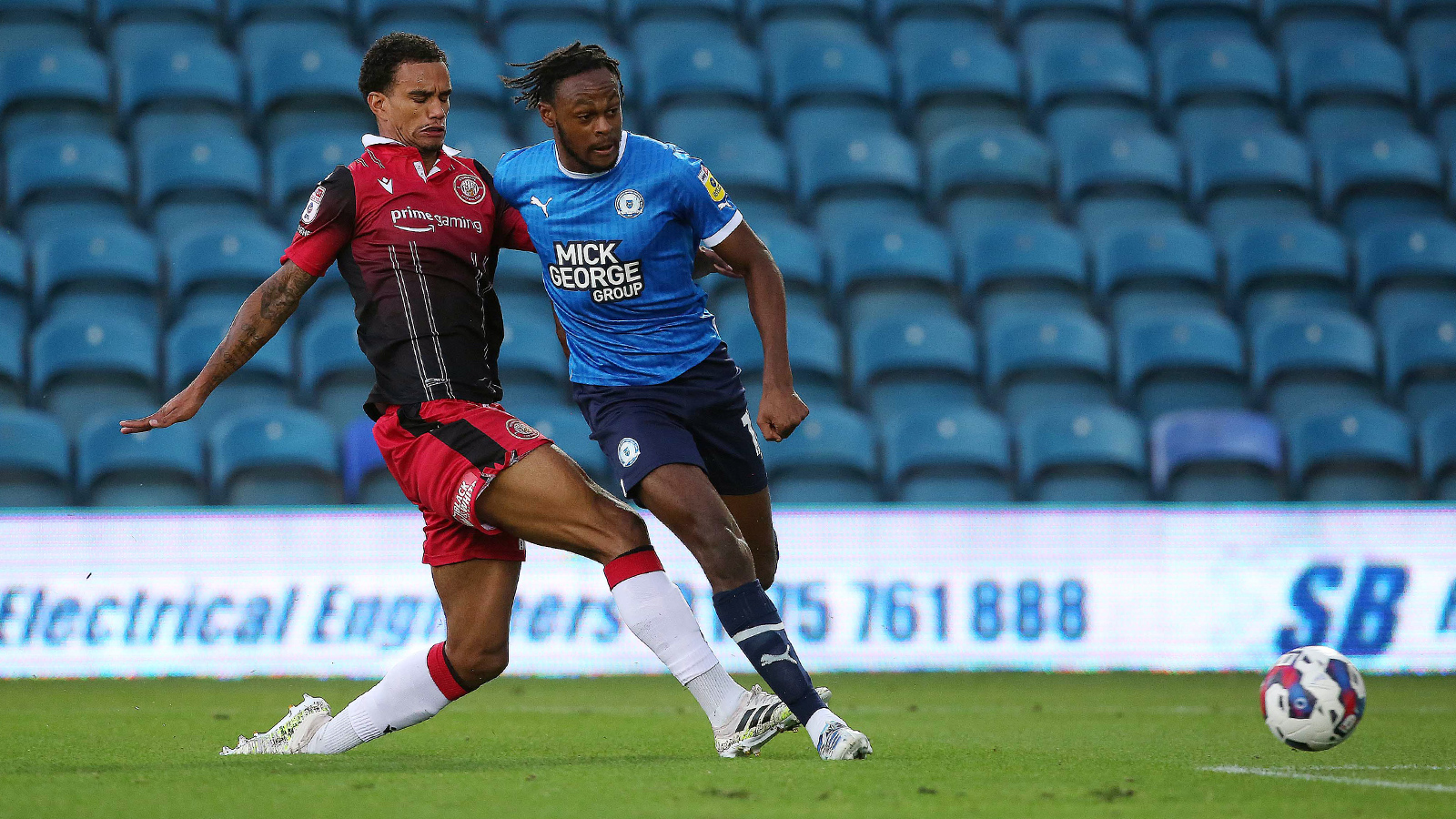 Posh were beaten in the first group game of the Papa John’s Trophy despite a strong showing at the Weston Homes Stadium.

Peterborough United carved out multiple opportunities in front of goal, but slipped to a narrow 2-1 defeat to Stevenage at the Weston Homes Stadium with a goal late on from former Posh centre back Carl Piergianni earning all three points for the visitors.

Aaron Chapman was called upon to make a routine stop on seven minutes to deny Joe Tomlinson before Harrison Burrows flashed a shot from 30-yards wide of the target. Posh opened the scoring on seven minutes and it was all about the raw pace of Ricky-Jade JONES who collected a pass from Mason-Clark, powered past the defender and found the back of the net with the defender unable to stop it from crossing the line.

Kwame Poku was denied by Chapman from range before Ephron Mason-Clark beat the offside trap but dragged his shot wide of the far post. Joel Randall saw an effort parried by Chapman as Grant McCann’s men continued to create chances.

Mason-Clark was denied an early debut goal on 13 minutes after racing onto a Jones pass, but Piergianni did well to get a touch to deflect his effort just wide of the target. The visitors levelled the scores on 17 minutes against the run of play as Jake TAYLOR was afforded time and space in the box and he found the back of the net via the inside of the post.

The action switched to the other end quickly and Randall saw a left-footed effort tipped over the bar by Chapman after good work from Jones and Mason-Clark. Reeves was the first man to cautioned in the contest on 32 minutes as he was rightly yellow-carded for hauling down Jones by the touch-line.

Skipper Thompson lashed a shot over with his left-foot on 34 minutes after Poku had done brilliantly in a tight area to beat his man and poke a low cross across the six-yard box. Knight and Earley were both cautioned by referee Robert Lewis for an ongoing tussle in midfield four minutes into the second half.

Posh were a whisker away from getting their noses back in front on 54 minutes as Kwame Poku cracked a right-footed effort against the crossbar before Stevenage hacked the ball clear. On 77 minutes, a low centre from Tomlinson just eluded the stretching Jones as Posh came close again to nudging back in front.

Joe Taylor replaced the excellent Jones with 10 minutes to play as the game appeared to be heading for a penalty shoot-out to decide who gets the bonus point on offer. On 83 minutes, the visitors nudged themselves ahead as a left-wing cross was headed home from close-range by PIERGIANNI.

Posh thought they had nicked an equaliser late on as a deep cross was knocked back across goal by Randall and on the turn Thompson’s shot was cleared off the line.