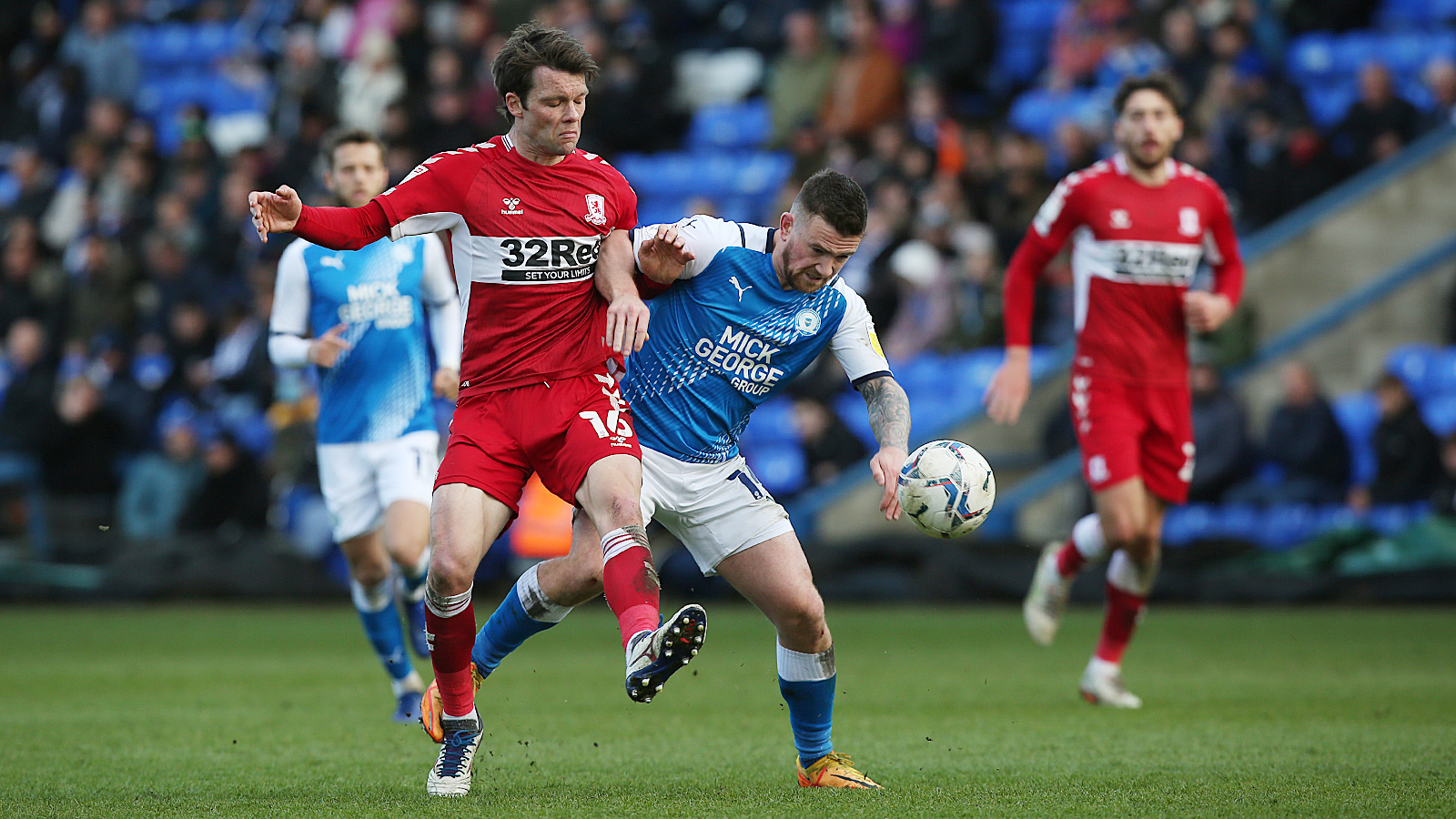 Posh beaten 4-0 by Middlesbrough at the Weston Homes Stadium.

Manager Grant McCann described his team’s second half display as ‘unrecognisable’ as Chris Wilder’s Middlesbrough side recorded a 4-0 victory over Peterborough United at the Weston Homes Stadium on Saturday afternoon.

Jonson Clarke-Harris fired wide with his left-foot on five minutes after an error from Dael Fry as Posh tried to make a positive start against a Middlesbrough side who arrived at the Weston Homes Stadium in good form under Chris Wilder.

Aaron Connolly, on-loan from Brighton and Hove Albion, diverted a cross wide of the near post with his head on 19 minutes as the visitors came close to the opening goal of the game. Posh were a whisker away from the breakthrough at the other end though as a poor clearance from Lumley was latched upon by Marriott, his first time left-footed effort from the halfway line was cleared off the line by the retreating McNair.

Emmanuel Fernandez, on his league debut, connected well with a volley from a half-cleared set-piece on 23 minutes, but it was straight at keeper Lumley. However, on 26 minutes, the visitors opened the scoring and it was a superb strike from Marcus TAVERNIER, who whipped a left-footed effort, first time past Cornell and into the back of the net.

Frankie Kent was cautioned for a foul by referee Leigh Doughty as the clock ticked towards the half hour mark. Knight was well placed to clear off the line moments later as there was confusion at the back for Posh, Crooks with the eventual effort blocked.

Knight was cautioned for a foul as Wilder’s men tried to break at pace on 34 minutes. A clever pass from Clarke-Harris picked out Szmodics on 39 minutes, but he couldn’t stretch enough to flick the ball over the ball over the keeper.

Clarke-Harris saw a shot on the turn from a corner blocked as Posh pushed for an equaliser before the half-time interval.  Grant McCann made a change at the break with Ricky-Jade Jones replacing Clarke-Harris in attack.

Szmodics fired over from 25-yards on the half volley on 47 minutes, moments after he had appeared to be dragged down in the box, but referee Leigh Doughty didn’t see it that way. The visitors doubled the lead on 48 minutes as a right-wing centre was tapped home at the far post by BALOGUN.

Marriott fired wide on the half volley on 55 minutes as Posh tried to find a way back into the contest against a confident Boro side. Posh made a double stop on the hour with Kwame Poku and Jorge Grant replacing Taylor and Fernandez.

The visitors made it 3-0 on 82 minutes as substitute Josh COBURN kneed the ball over the line from close-range after good work down the left hand side from Watmore. Middlesbrough made it four with two minutes remaining as substitute WATMORE latched onto a defensive error and rifled a shot into the roof of the net.