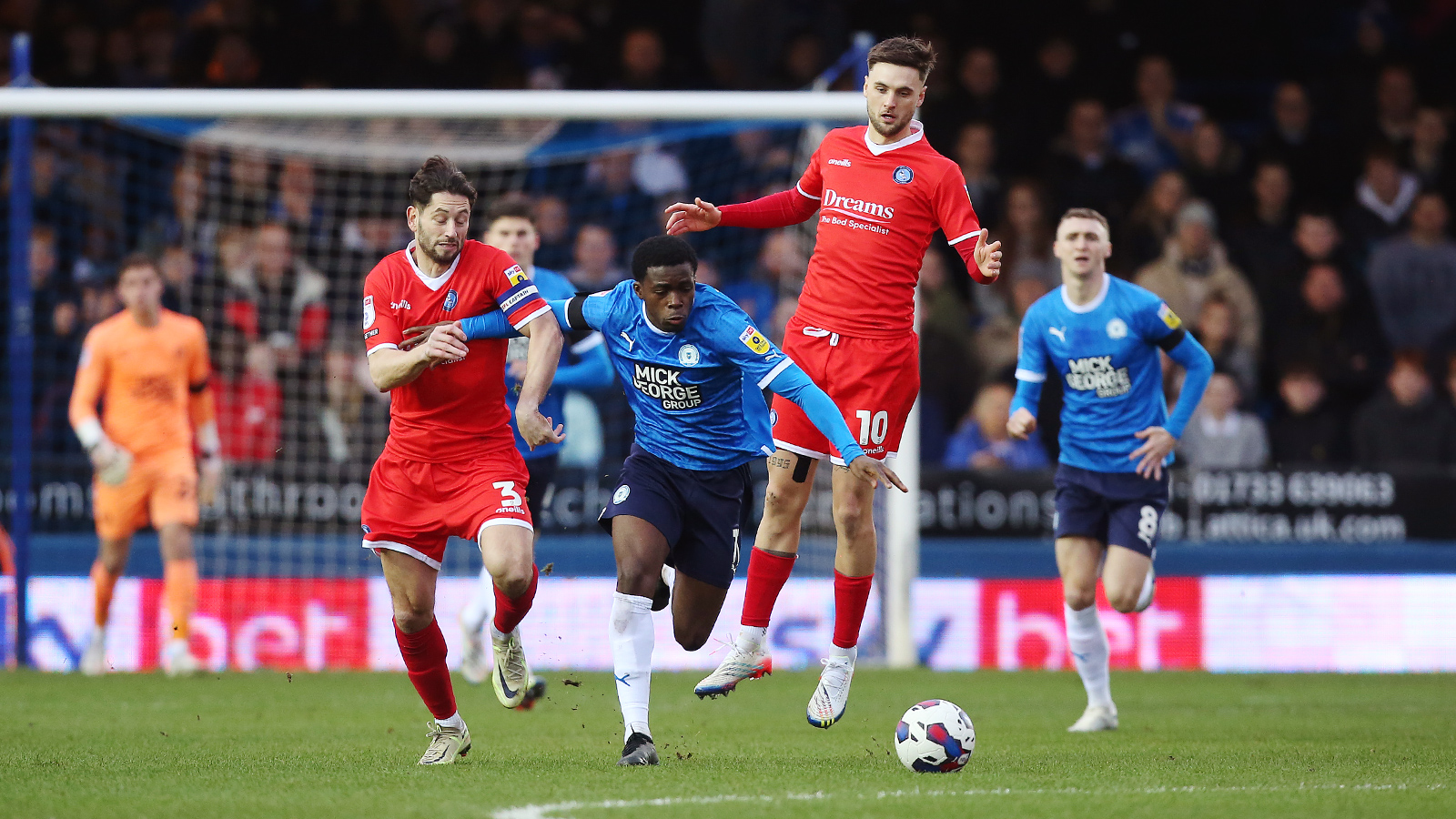 Posh Beaten By Chairboys On Opening Day Of 2023

Peterborough United began 2023 in disappointing fashion as Wycombe Wanderers secured all three points with a 3-0 victory at the Weston Homes Stadium.

Ricky-Jade Jones fired over with his left-foot on four minutes after Kwame Poku led a counter attack for Grant McCann’s men. Moments later, skipper Jonson Clarke-Harris rifled a shot inches past the post via a slight deflection with Harrison Burrows and Hector Kyprianou seeing shots blocked from the resulting set-piece.

David Wheeler volleyed over from the edge of the box at the other end after Burrows clearance was seized upon by the winger. The visitors opened the scoring just before the quarter hour mark as midfielder Lewis WING curled a fine free-kick into the corner after a foul by Poku in a dangerous position.

Ricky-Jade Jones was denied by Stryjek at full stretch on 22 minutes after he did well to cut inside onto his right-foot and drift past two defenders. Posh had appeals for a spot-kick turned down on 25 minutes, first Jones took a tumble in the box and then a cross appeared to strike the arm of the defender, but the referee waved away the protests.

Jones was denied by Stryjek on 40 minutes as he raced clear into the left-hand channel with Joe Ward denied by the keeper at the near post moments later as Posh pushed for a leveller before the interval.

Experienced front man Sam Vokes powered a header over the top from a McCleary cut-back on 55 minutes in a rare foray so far in the game for the Chairboys. Blackmore did well to tip over a free-kick from Jacobsen on 58 minutes as Wycombe, buoyed by their noisy away support lifted their attacking threat.

McCann made his first change around the hour mark and it was a change in system too as Ephron Mason-Clark replaced Watts. Posh had appeals for another spot-kick turned down by the referee on 64 minutes as Mason-Clark appeared to be dragged back in the box while at the other end, Wing saw a shot deflect wide for a corner.

From the resulting corner, Wycombe doubled their lead as a corner kick was powered home at the back post by Ryan TAFAZOLLI against his former club. Mehmeti was superbly denied by Blackmore on 69 minutes after capitalising on a defensive mix-up involving Ward and Kent.

Wycombe made it 3-0 on 73 minutes as Lewis WING grabbed his second of the game with a superb strike via the underside of the crossbar. Joe Taylor and Ben Thompson were introduced with 12 minutes remaining.

Taylor struck the inside of the post with a curling effort on 84 minutes before Clarke-Harris saw his follow-up somehow cleared off the line with video replays showing a clear handball by Tafazolli. Joe Taylor lashed a shot wide of the target on 87 minutes from long-range.