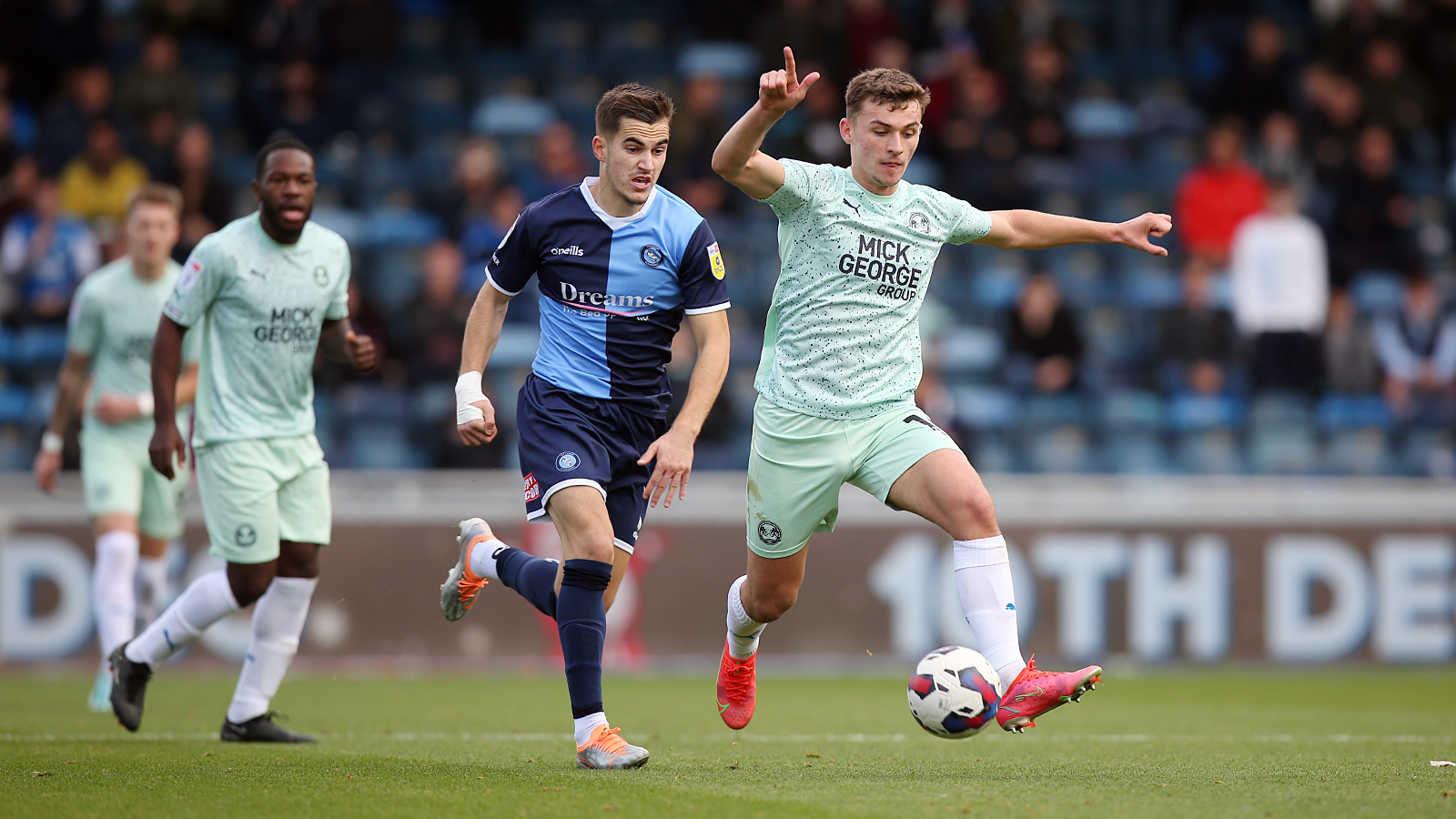 Posh suffered a 3-1 defeat at Wycombe Wanderers in a Sky Bet League One fixture that was decided by the key moments.

Peterborough United created chances, both at 1-0 and 2-1 down, but ultimately succumbed to a 3-1 defeat against Wycombe Wanderers at Adam’s Park as two second half goals – the second of which coming deep into stoppage time – condemned Grant McCann’s men to a first defeat in six games in all competitions.

Harrison Burrows showed quick feet in a tight area to wriggle into a space to get an effort on target inside the opening five minutes, but his left-foot shot was gathered by Max Stryjek. At the other end, the experienced Sam Vokes headed wide from a deep centre as the game started in fairly open fashion.

Forino was cautioned for handball on 11 minutes, but the free-kick was well defended at the near post. Moments later, Ben Thompson slid a shot on the stretch wide of the target after good work from Ricky-Jade Jones.

The deadlock was broken on 21 minutes, and it was a second goal in as many games for Academy graduate Harrison BURROWS, who saw his strike from the edge of the box fly past a flat-footed goalkeeper and into the back of the net.

Lewis Wing fired a free-kick into the wall after a spirited response from the home side as the game reached the half hour mark. Posh came close to a second on 32 minutes as Nathan Thompson forced Stryjek into a smart stop by the near post after good work from the defender to make some space in the penalty area.

Posh were forced into a change on 37 minutes as Joel Randall replaced Jones, who limped out of the action. Randall came close to doubling the lead with almost his first touch, but his right-footed shot cracked against the outside of the post after excellent work from Josh Knight.

Clarke-Harris forced Stryjek into a smart stop from a well-struck free-kick on 41 minutes after he himself had been fouled following an aerial duel. The hosts levelled the scores on the stroke of half-time as a deep cross was knocked back across goal by Vokes, flicked on by McCarthy and MCCLEARY was there to nod into the net from two yards.

Vokes was cautioned by the referee for a foul on Butler on 56 minutes but Clarke-Harris saw his resulting free-kick deflect into the arms of the keeper. Mehmeti fired over from a good flick on by Vokes as the hour mark approached in the contest.

The home side nudged in front on 73 minutes as Sam VOKES tapped home from close-range after a good run and turn from Freeman. McCleary hit the post with a cross on 82 minutes before Ephron Mason-Clark was introduced for Butler in an attacking substitution.

As the game inched towards four minutes of stoppage time, Burrows had a chance to level the scores, but his shot was held by the keeper after good work by Marriott. Mehmeti fired over at the other end after wriggling into space as the Chairboys threatened a second on the counter-attack.

Wycombe grabbed a third deep into stoppage time as MEHMETI tapped home after Posh were caught with everyone up field from a corner just after Burrows had seen an effort tipped around the post by the keeper.