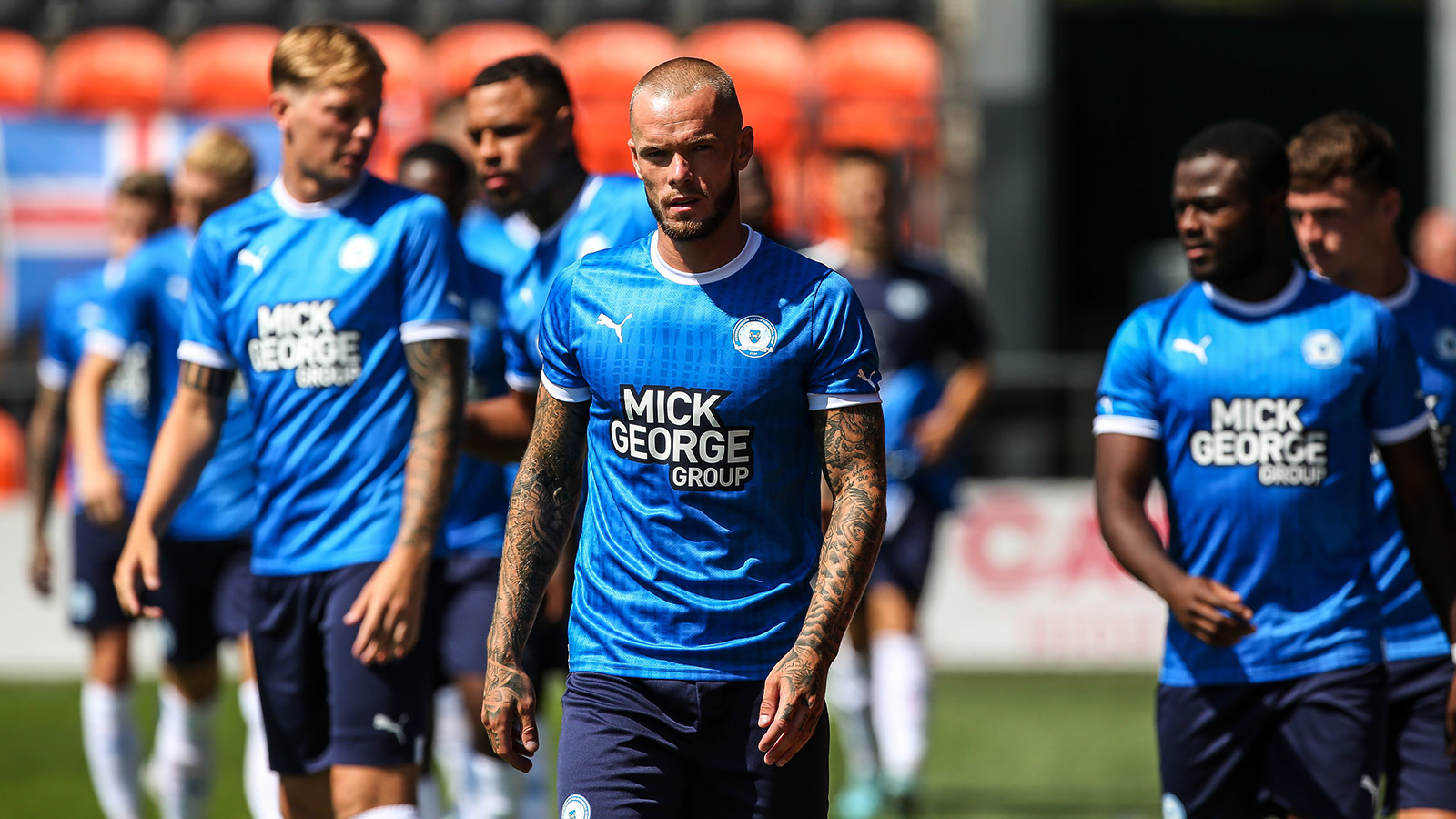 Posh Back At Weston Homes Stadium For Hatters Test

Posh are back in action at the Weston Homes Stadium on Tuesday night when they face Luton Town (7.45pm).

Manager Grant McCann has confirmed that he will split his squad in two with an XI in action against the Hatters and another XI heading to non-league Kings Lynn. “I don’t quite know how I am going to split the management yet,” McCann quipped after his side came from 2-0 down to draw 2-2 with Vanarama National League side Barnet on Saturday afternoon.

A 3-0 win over Leyton Orient, a 4-0 success at Deeping Rangers and successive draws against Stevenage and Barnet mean Posh are unbeaten in pre-season action ahead of two more substantial tests this week with Hull City also visitors to the Weston Homes Stadium next Saturday.

“We will have a debrief from the Barnet game and then decide how we are going to split the squad for the games on Tuesday. Luton will provide a really good test and obviously Hull to come later in the week as well. The aim now is for the players to get 90 minutes under their belt because the season is just around the corner.

“A lot of the players who have missed games this week should be back in action, in pre-season you always err on the side of caution and you have to be precautionary with individuals. It should be another good week for us,” McCann said.

Goalkeeper Harvey Cartwright missed the draw with the Bees with a knock but should be available on Tuesday, while Kwame Poku (illness), Ronnie Edwards (sickness) and Joel Randall (thigh) are expected to feature on Tuesday.

The club received good news with regards to the knee injury sustained by Nathan Thompson and he is expected be fit while Jack Marriott has a knock on his ankle which is responding well to treatment.

Tickets for the clash with Luton are available now at www.theposhtickets.com and via the Weston Homes Stadium Box Office. A full list of the admission prices for the game can be found here: