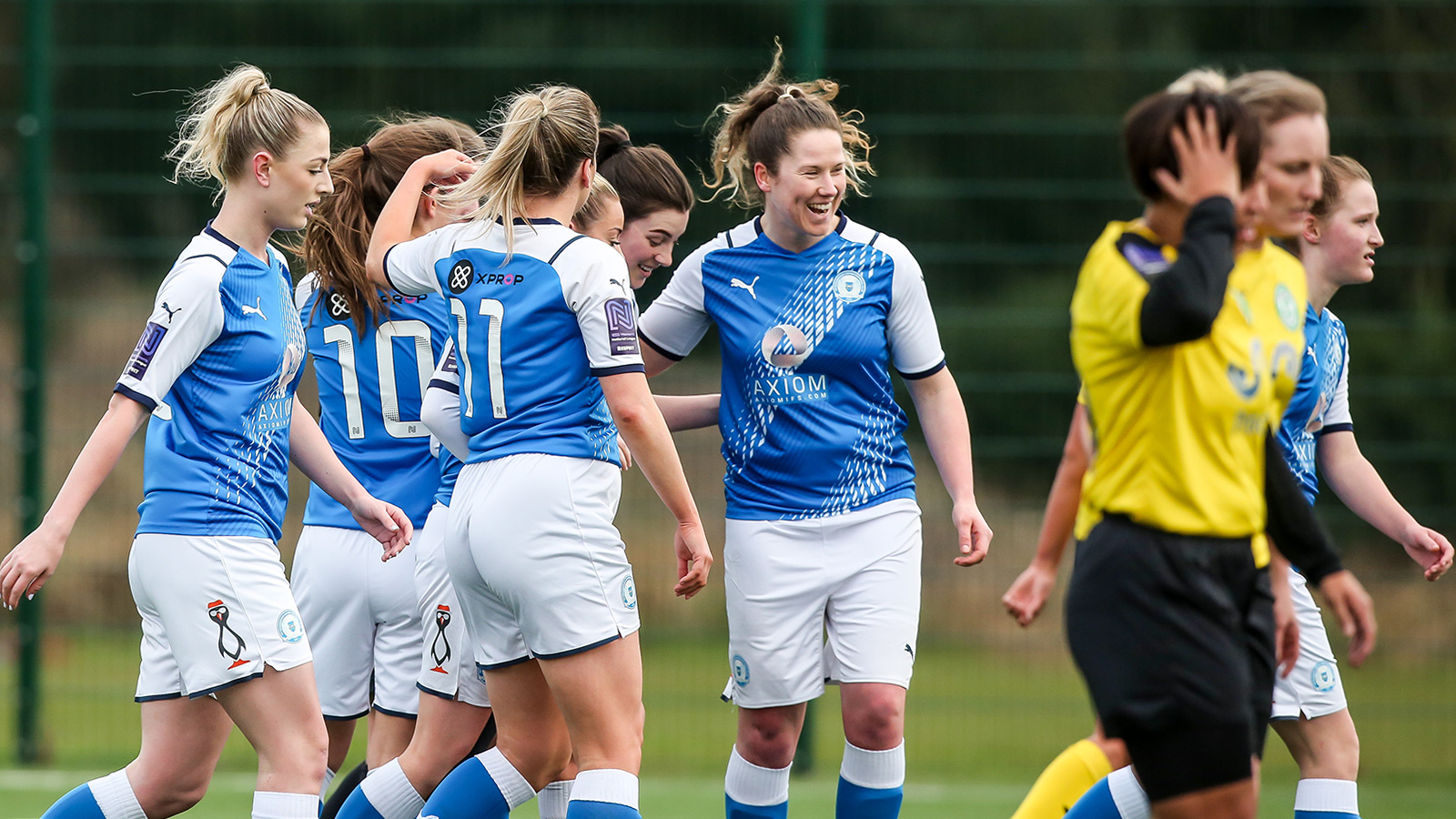 There are a number of players available for sponsorship within the Posh Women first team squad.

The Peterborough United Women recorded back to back wins in the FAWNL on Sunday following a 5-1 win over Bedworth United Ladies and there are a number of players who require sponsorship between now and the end of the campaign.

Katie Steward, who joined her sister Cassie at the club late last year, goalkeeper Amy Butler and Beatriz Borque Arnal, who impressed as a substitute against Bedworth, are also seeking player sponsorship.

Destiny Makanjuola, who has progressed into the first team squad after impressing for the reserves, defender Elloise Copson and Larissa Frederick complete the set of players who require sponsorship.

If you wish to discuss sponsoring any of the above players or want to chat about other commercial opportunities within the Posh Women set-up, please email bobby.copping@theposh.com