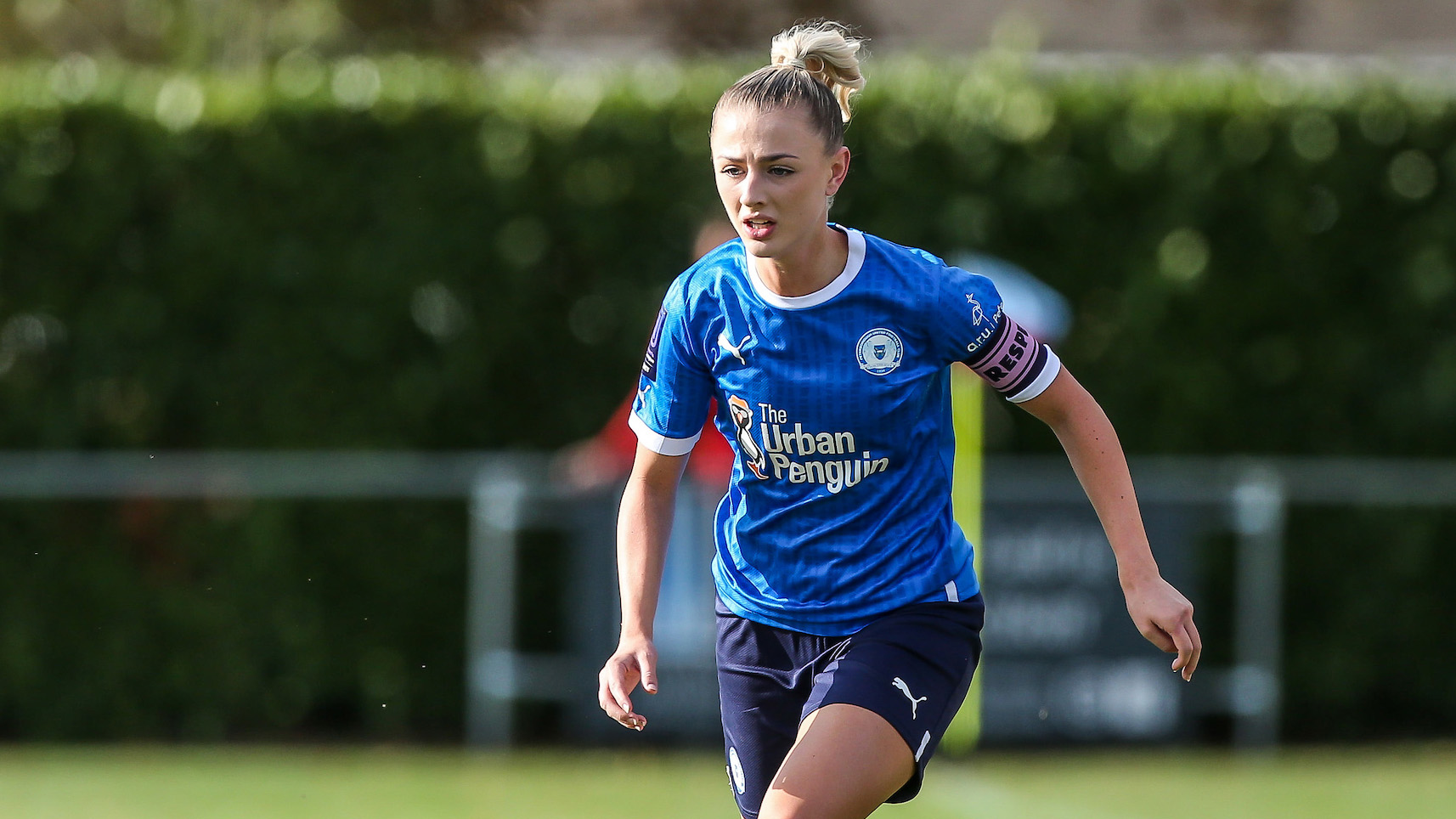 Perkins Earns Posh Women A Point Against The Cobblers

Posh Women fought back against The Cobblers to share the points at the Abbey Lawn.

Dan Lawlor welcomed new signing Stef Paci, who signed on a dual-registration from Stevenage, into the starting eleven and four Development Squad players in the matchday squad as injuries and unavailability presented a depleted squad on the night.

It was a scrappy opening 20 minutes from both sides, with neither team creating much threat in the final third. The first opportunity of the game went to Posh as Kayleigh Aylmer’s corner reached the feet of Niamh Connor, who took one touch before striking the ball, but it went over the bar.

Posh continued to struggle in possession, and eventually were almost punished when Alex Dicks struck a powerful shot into the bottom right corner, but Neive Corry was equal to her effort. On 24 minutes, Aylmer’s free-kick from around 25 yards out seemed the most promising opportunity of the game so far, but the shot went just over, skimming the crossbar on its way.

Just two minutes later, Megan Lawlor spotted a sublime run from Keir Perkins and was one-on-one with the on-rushing goalkeeper, she slotted the ball shot under the keeper which rolled just inches wide of the far post.

The Cobblers wasted little time in the second half before they opened the scoring on 51 minutes as Dicks effort from the edge of the box found the bottom corner to give the visitors the lead.

Posh looked for an instant response on 55 minutes after another great run from Perkins down the left before teeing up Cassie Steward on the edge of the box, but her shot went just wide of the far post. Steward tried her luck again five minutes later, but keeper Jo Daniel caught the ball with ease.

On 64 minutes, Elloise Copson was cautioned by the referee after pulling back her player in the build-up. Dan Lawlor made changes on 70 and 75 minutes as Megan Lawlor was replaced with Eden Bailey before Jess Evans was replaced by Development Squad player Andreia Oliveira.

Posh grabbed the equaliser on 76 minutes after Bailey played the ball into the feet of Perkins inside the box, she turned her marker before her powerful left-footed strike went into the roof of the net.

Perkins threaten to get behind The Cobblers' defence once again as she raced onto Steward's lofted ball over the top, but Daniel was out quickly to clear the danger for the visitors.