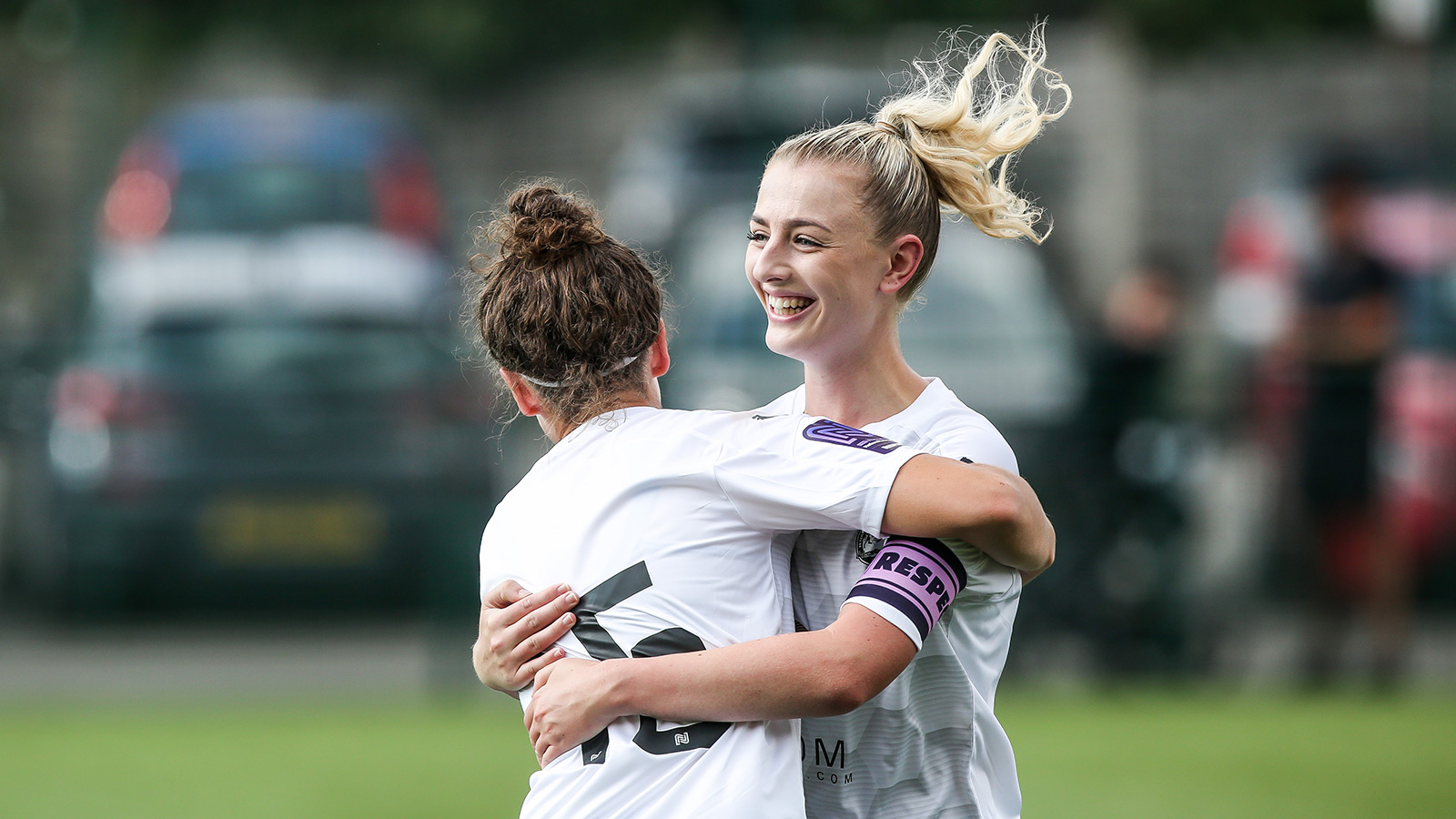 Perkins At The Double In Victory For Women

The Women secure victory against all the odds at The Guardian Warehousing Arena on Sunday afternoon.

Fight. Desire. Determination. Those are just three words to describe Peterborough United emphatic 3-1 victory over Sporting Khalsa at The Guardian Warehousing Arena in the FA Women’s National League Division One Midlands on Sunday afternoon, with a number of players unavailable due to injury and the team played large chunks of the second half with 10 players.

It was a much-depleted squad for Chloe Brown, with only 11 players available for selection and she handed a debut to 16-year-old Milly Ramm from the reserve squad, playing her first minutes at this level. But the wholesale changes didn’t dampen the mood in the squad, as Posh were quickly out of the traps in the opening stages

On four minutes, Jess Driscoll won the ball back in the middle of the park and set Keir Perkins through on-goal, but she failed to direct her shot on-target. Driscoll then produced a brilliant lofted ball to Beatriz Borque inside the box, who took it down well, but the keeper was out quickly to smother the ball.

Niamh Connor’s long throw was only cleared to Driscoll on the edge of the box, but she couldn’t keep her first-time volley down before defender Hollie Lewis was shown a yellow card. The hosts produced their first real opportunity of the game on 27 minutes, but the long-range shot comfortably sailed over the bar.

Then, just after the half an hour mark, Posh broke the deadlock and deservedly so. Milly Ramm’s cross picked out Perkins inside the box, who took one touch before firing past the keeper, to capitalise on the dominate start.

Amy Butler was eventually called into action in the closing stages of the first half, producing two outstanding saves. She got down to her right-hand side brilliantly to palm away a strong strike from Khalsa. Minutes later, Sporting Khalsa were awarded a penalty after the referee adjudged that Borque brought down a player. But the hosts were unable to capitalize on the opportunity as the spot-kick was superbly saved by Butler, as Posh went into the break ahead.

It would have been understandable if Sporting Khalsa came out in the second half with more fight, but Posh quickly dampened those spirits three minutes in as they doubled their advantage. Megan Breakwell’s corner dropped to Stacey McConville on the back-post, and she reacted the quickest to poke home from close-range.

The hosts saw one of their players head into the book after a late challenge on Driscoll. On the hour mark, Butler produced another brilliant save and words can’t do this justice. A Khalsa header looked destined for the back of the net before Butler, who was on the floor, got up brilliantly to tip the effort over the bar.

Just a minute later, Khalsa were awarded a second penalty of the afternoon, with Borque penalised once again. The hosts didn’t make a mistake this time from the spot, coolly converting past Butler to cut the deficit to one-goal.

On 65 minutes, alongside Lewis, Ramm was also handed a yellow card while McConville was sent to the sin-bin for 10 minutes. However, despite 10 players on the pitch, Posh produced a thrilling counter-attack as Hipwell played a delightful ball over the top to Perkins, who raced clear on goal before poking the ball through the keepers legs and into the back of the net, reinstating Posh two-goal lead.

Posh continued to play the last 20 minutes with just 10 players on the pitch and defended heroically to protect their lead, but Perkins had the opportunity to seal the victory when she broke free on the left-hand side, her effort straight into the keepers’ hands.

However, that didn’t matter, as Brown’s side dug deep to secure the three points against an in-form Sporting Khalsa side and return to winning ways in the FA Women’s National League.

The reserves fell to a 3-0 defeat against league leaders Derby County Women Development squad at the Idverde training ground on Sunday afternoon in the East Midlands Women’s Regional Football League.