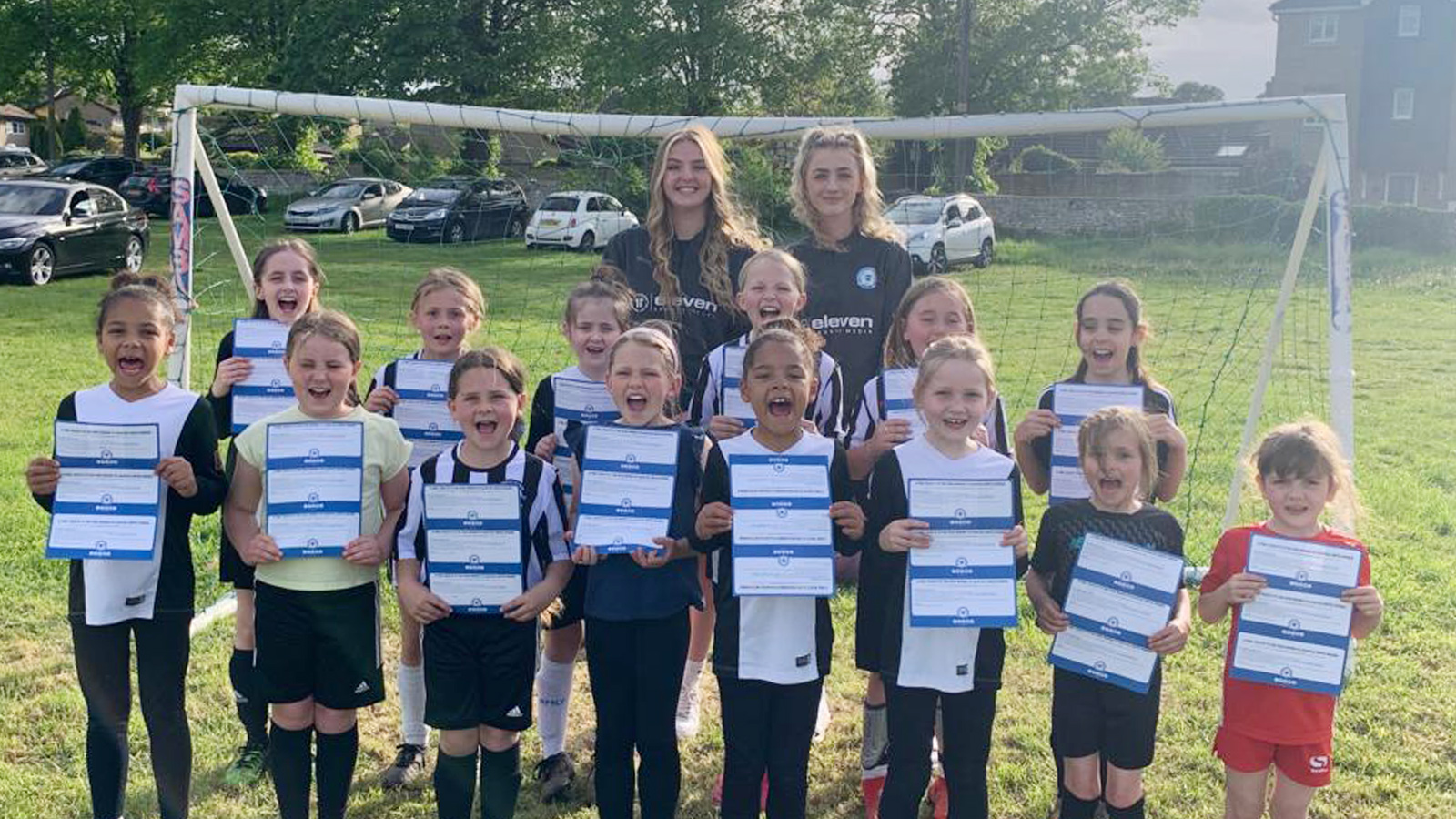 On Tuesday (10th May) evening Peterborough United Women skipper Keir Perkins and defender Niamh Connor paid a visit to the home of Oundle Town Ladies and spent time with a variety of different age groups.

The pair were on hand to provide the budding female footballers with tickets to the Posh Women game at the Weston Homes Stadium on Friday 20th May against Hashtag United (7pm).

After watching the under 9s, 11s and 13s train, the pair then posed for pictures, both with the teams and individually as excitement builds ahead of the fixture next week.

Posh Women first team players are spending the next two weeks travelling to local junior girls football teams in and around Peterborough, helping to inspire the next generation and promote their game against Hashtag United in the HerGameToo Cup.