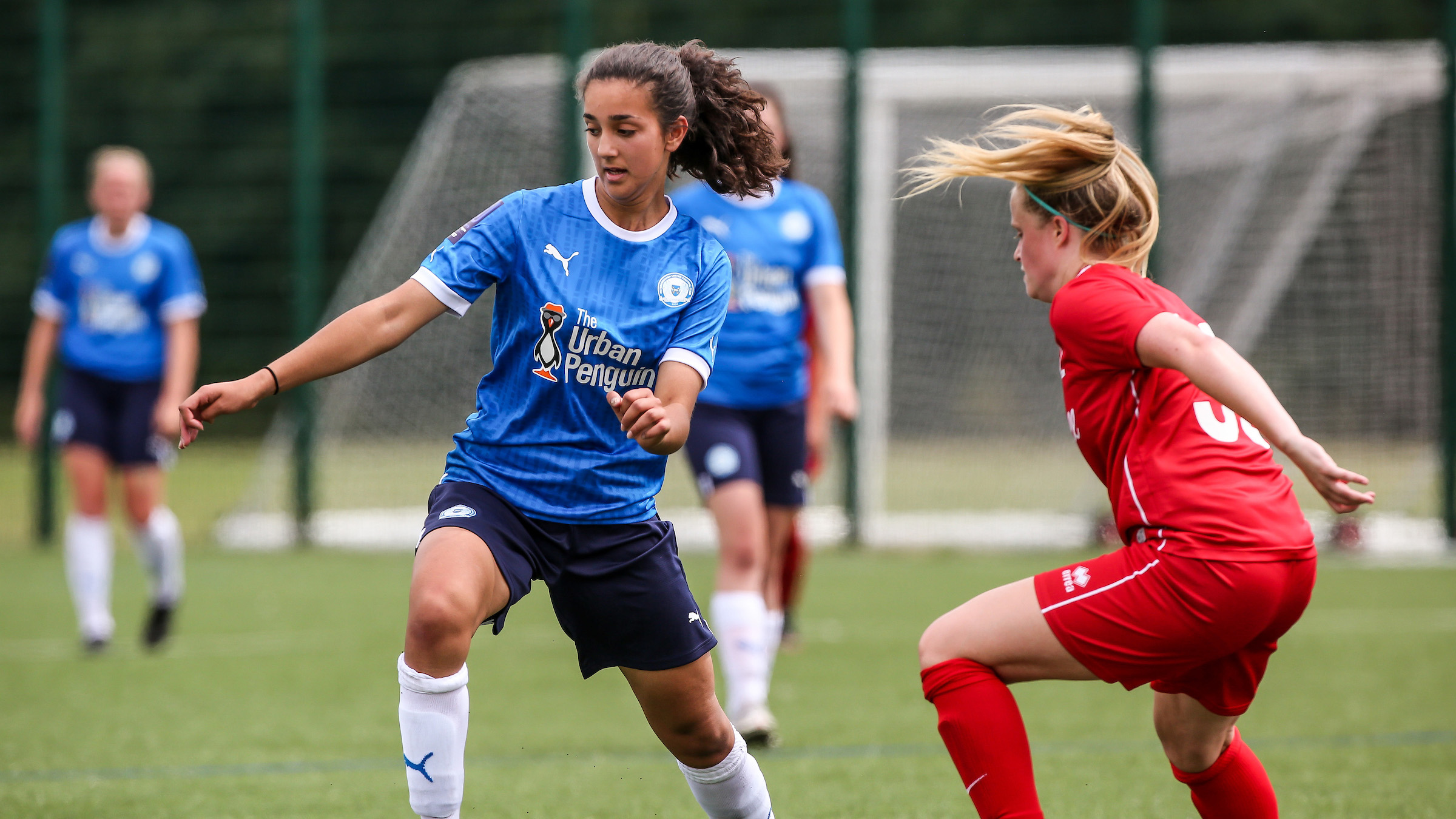 Posh had the first chance of the game on 5 minutes as striker Lauren King tried her luck from distance after seeing the keeper off her line, but her effort went straight over the bar. Posh opened the scoring on 29 minutes as Nicole Hendrick’s corner kick flew over everyone inside the box and fell straight into the back of the net. However, Dunton and Broughton United found the equaliser minutes later after their striker advanced towards goal, one-on-one with goalkeeper Kira Maxwell and slotted the ball past the Posh keeper.

The hosts took the lead just before the break after a small error across the Posh back-line allowed their striker to win the ball back and she fired home. Posh looked revamped after the break and just four minutes into the second half, Shaun Harley’s side brought the game level after Kacey Sharman's effort from the edge of the is too powerful for the keeper.

Both teams searched for the winner, with a number of opportunities, however, it was Posh who nicked the winner in the final 10 minutes as Andreia Oliveira's first-time effort just outside the box found the top corner. Dunton & Broughton United pushed for an equaliser in the closing stages as a free kick goes over the bar.

Manager Harley was disappointed with the first half performance from his side despite the turnaround in the second half. He said: “We could have done so much better as a team, I don't think we worked as hard as we could of, especially in the first half. At half-time, I wanted to encourage them as I knew they could do so much better, and they exactly did that to turn the game around in the second half and leave with an important three points.”