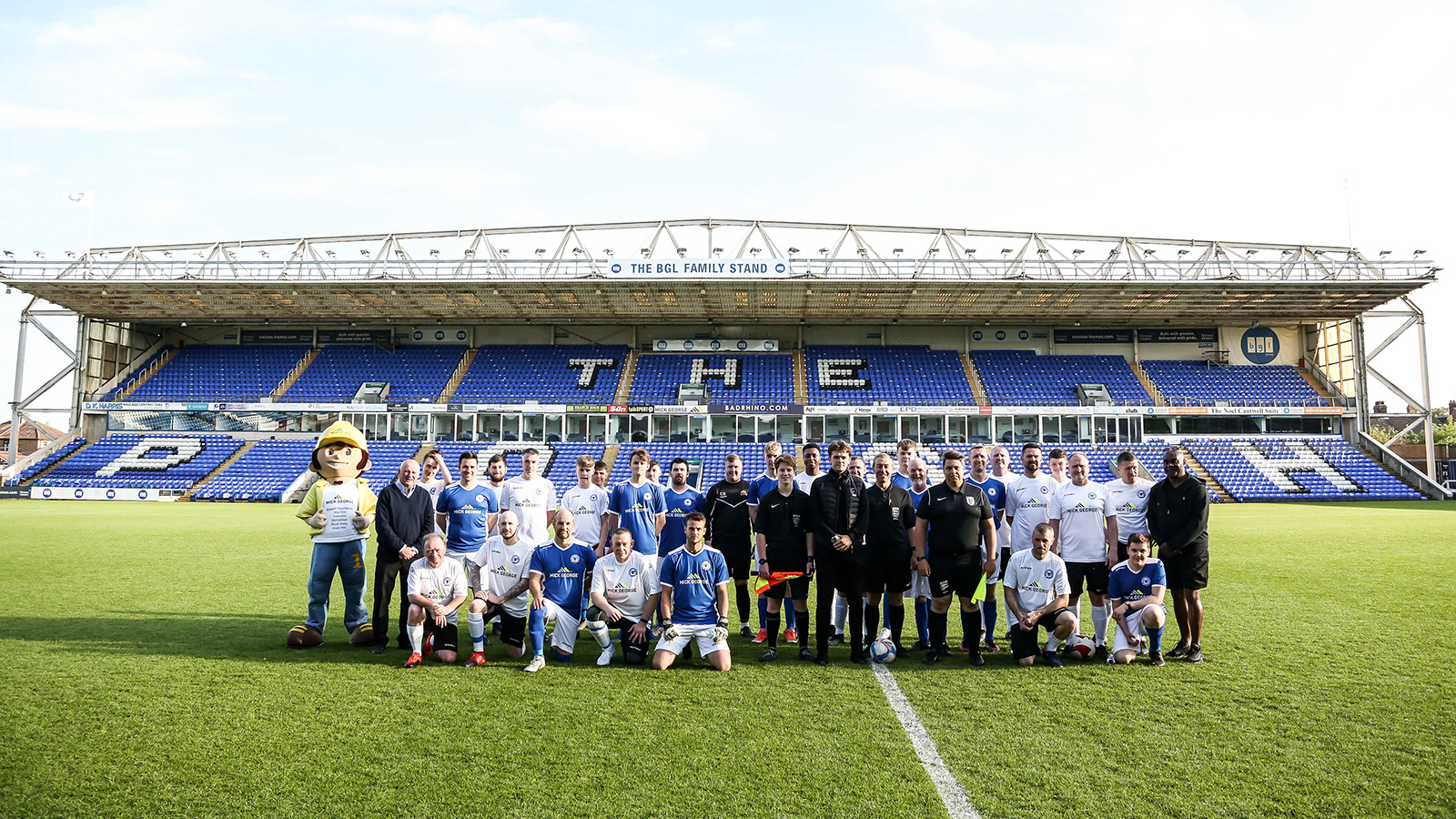 On Friday (13th May) evening at the Weston Homes Stadium, the Mick George Group held a charity fixture to raise money for the Bobby Copping Foundation, with an amazing total of £2,231 being raised.

Bobby Copping said afterwards: “A massive thank you to the Mick George Group for choosing the Bobby Copping Foundation as their chosen charity, raising an incredible total of £2,231. I would like to thank all the players who played and all the spectators who attended to help make it a special evening.

“The money raised will go towards funding counselling for those who need it most and supporting, educating & inspiring the next generation.”

Stuart Costello, Director at the Mick George Group added: “It was good to get back to normal and host our 5th annual charity match at Peterborough United, raising money for the Bobby Copping Foundation. Following a three-year break, the match did not disappoint and finished an entertaining 3-3 draw, with some excellent performances across both teams, plus a contender for goal of the season at the Weston Homes Stadium. We would like to thank all the players for donating and taking part in the match, plus the spectators that turned up to cheer on both teams which included club legends Marcus Ebdon, Luke Steele, Lee Howarth, Mark Arber, David Riley and Noel Luke.

“The event was a huge success, and we are delighted to have raised £2,231 for the Bobby Copping Foundation. Bobby and his team are doing an incredible job and this money will help the Foundation reach even more people, and provide counselling and mental health support to players, families, and staff within sport when they need it the most.”

The money raised will go towards funding counselling for those who need it most and supporting, educating & inspiring the next generation.
Bobby Copping

Click here to view more photos from the match.