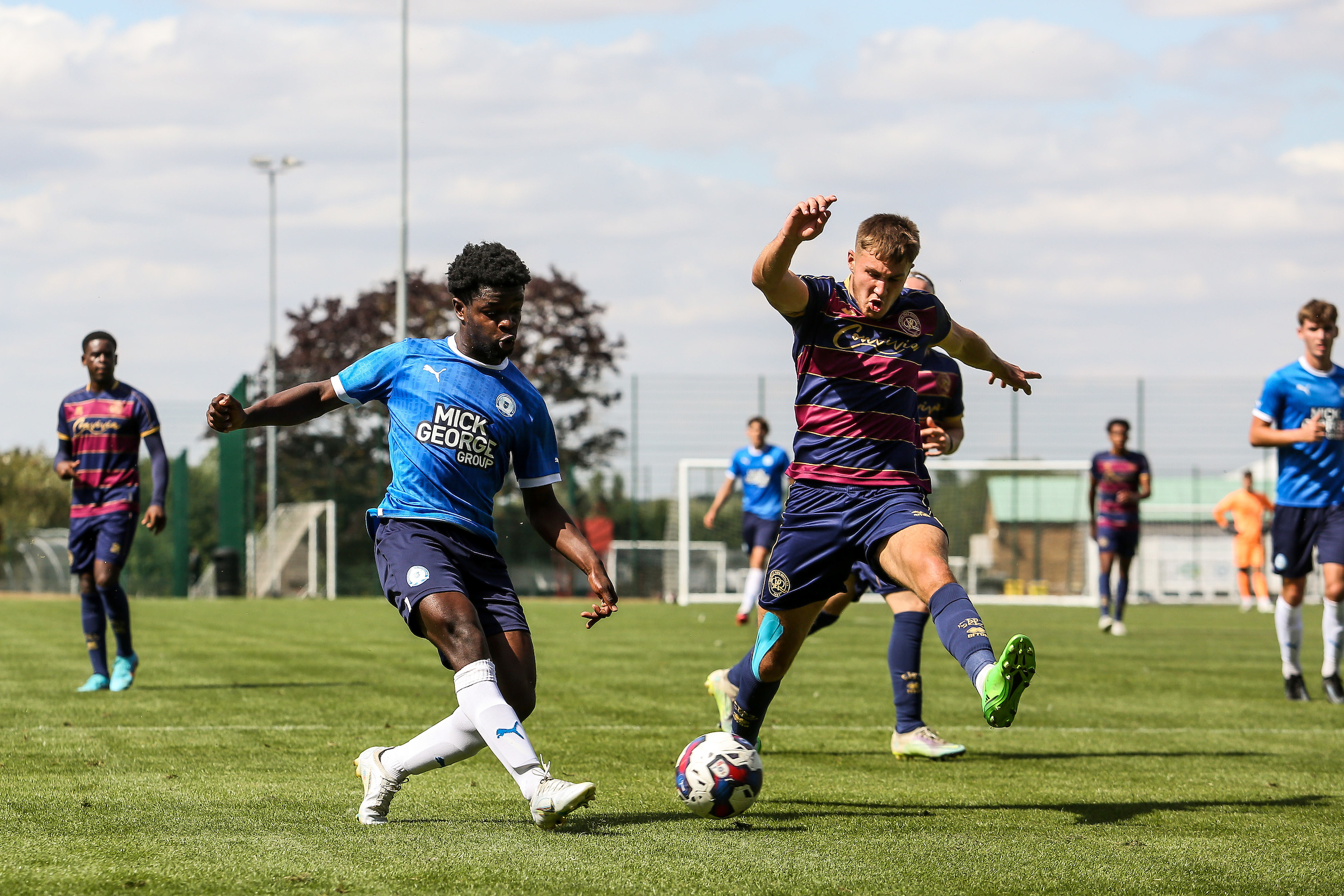 Mensah Set For Under 21s Run-Out Against Railwaymen

Benjamin Mensah is set for a return to action after injury as under 21s face Crewe Alexandra on Friday afternoon (2pm).

The Peterborough United under 21s are back in action on Friday afternoon at the idverde Training Ground with Crewe Alexandra the visitors (2pm) and manager Matthew Etherington can call upon the services of defender Benjamin Mensah who is back in the squad after injury.

Mensah has missed a large chunk of the fixtures so far this season with a hamstring injury but is expected to get minutes against the Railwaymen. Posh were beaten 2-1 at Sheffield United on Tuesday afternoon in their last fixture with Joe Taylor netting in successive games at the level. He is expected to play some part against Crewe.

Assistant manager Simon Davies said: “It is great to have Benji back involved with us. We will ease him back in so he will probably get 45 minutes. There were some positives against Sheffield United on Tuesday, but obviously the main aim on Friday is to get a win on board. At this level, development is extremely important, but we will make it clear to the players that we are looking for the three points.

“We want to try and build a little momentum now. Our performances in the main have been okay, the level we are playing at is a strong one, there has only been one display that has been very poor and that was against Millwall. That was unacceptable and we made that very clear at the time, generally we have been very competitive in the games and now it is about turning those encouraging performances into a win and get some confidence into the players,” Davies said.

Kai Corbett, who came on as a substitute at Bramall Lane following a short spell on the sidelines through injury, is set to start. The game gets underway at 2pm and updates will be available club’s official Twitter account.