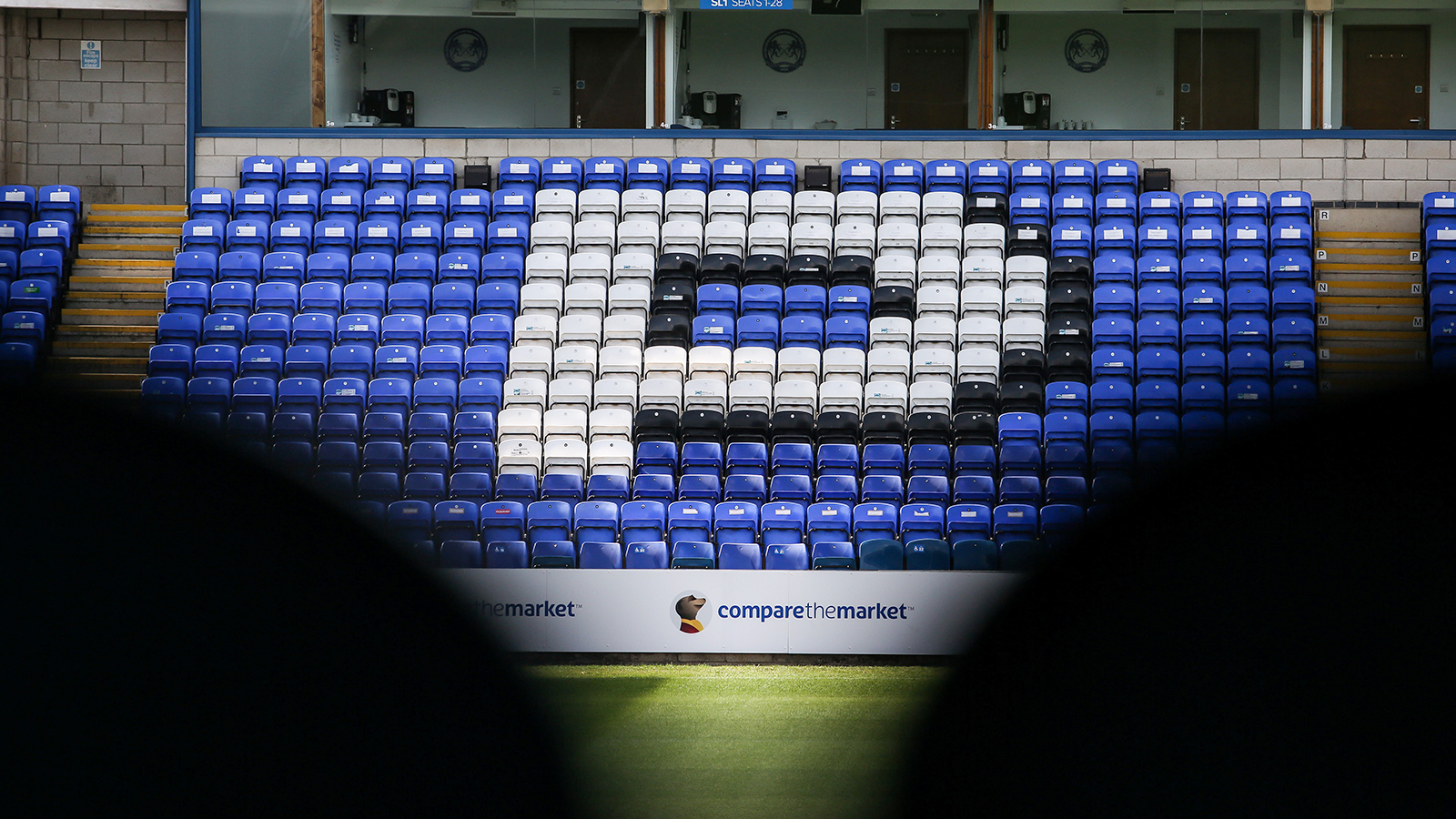 We look ahead to Saturday’s Sky Bet League One fixture with Morecambe at the Weston Homes Stadium (3pm).

Jack Marriott and Jonson Clarke-Harris (2) were on target at the Completely Suziki Stadium after an own goal from Frankie Kent and a strike from Alfie May had given Wade Elliott’s men a 2-0 lead at half-time.

Morecambe opened their season with a hard-fought 0-0 draw at well-fancied Shrewsbury Town and Derek Adams’ men will be hoping to continue that positive start in PE2. Cole Stockton is expected to lead the line despite interest from a host of other clubs.

Posh will be without the services of Dan Butler and Oliver Norburn due to long-term injuries, but Nathan Thompson has trained all week and is back in contention for a place within the squad. Joe Ward came through the 45 minutes at Cheltenham unscathed, while Harvey Cartwright is also back in training, although he is unlikely to feature at the weekend.

Kwame Poku has received good news from his scan with a calf injury only set to keep him out for up to 10 days. He will sit out the game against Morecambe and the double header against Plymouth, but could return for the clash with Lincoln City.

On-loan midfielder Jensen Weir could be in line for his first appearance after completing a move from Brighton and Hove Albion. He was an unused substitute on opening day in a game that Morecambe fielded ten players with a squad number under 11.

Cole Stockton (pictured) has been courted by a host of clubs after two successive seasons where goals have been flowing. The 28-year-old netted 26 goals in 50 appearances in all competitions last term, including some unbelievable goals with one in particular from the half-way line that should have yielded Goal of the Season awards aplenty. Stockton actually enjoyed two loan spells at Morecambe earlier in his career before making a permanent move to the Shrimps. 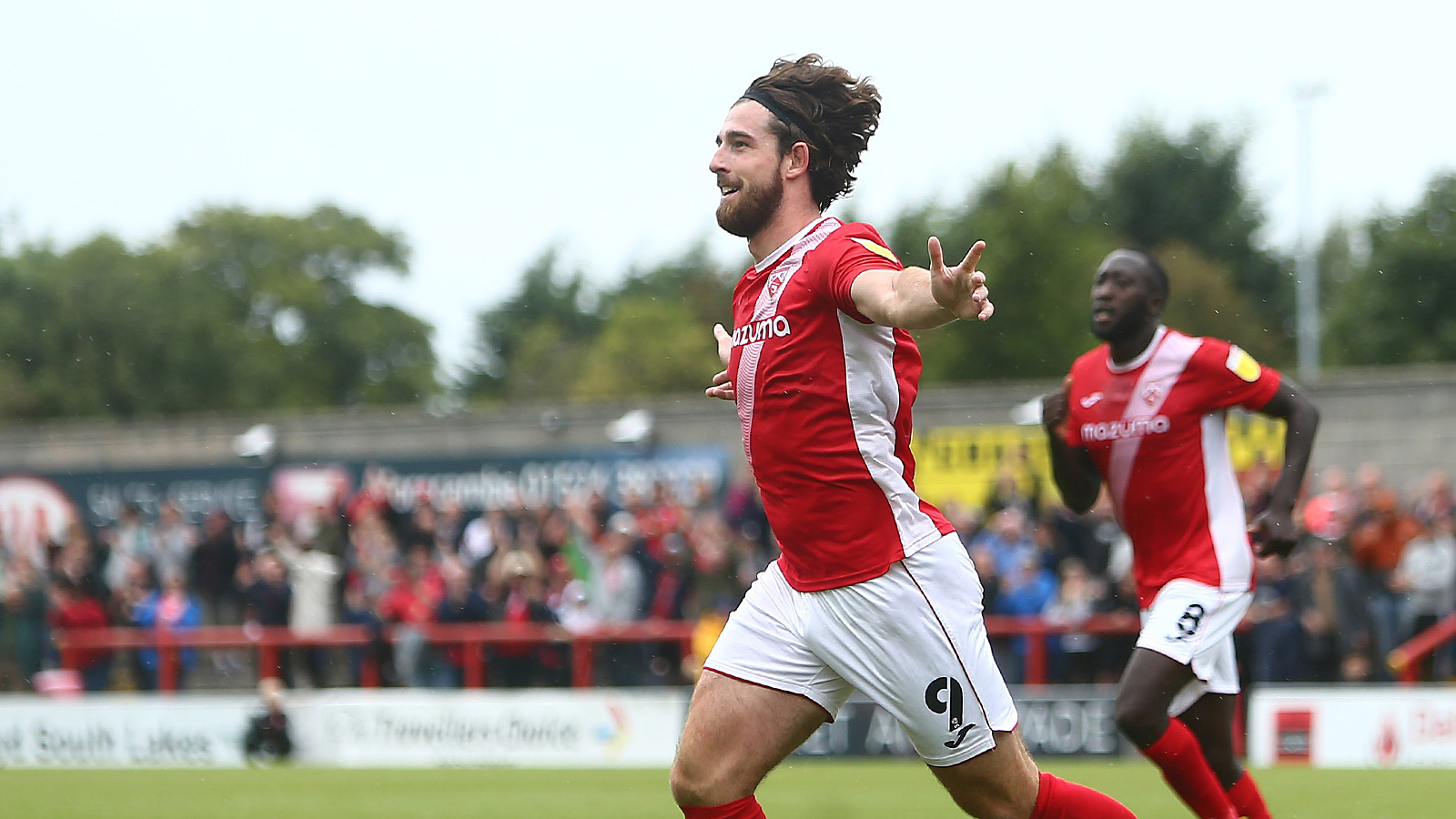 “Morecambe will be a tough game, every game in this division is. They have a successful manager in Derek Adams and they got a good point on opening day. We will select a side and a formation that we believe can cause them problems. We want to be successful this season and a good home record will be important, but then if you are going to have a good campaign, you need to be picking up points on the road as well. I am looking forward to seeing our fans at the Weston Homes Stadium, I know we saw them against Hull City, but hopefully there will be a few more on Saturday,” Grant McCann said.

Tickets are on sale at www.theposhtickets.com and via the Weston Homes Stadium Box Office. Morecambe fans will be accommodated in the Main North Stand away section with just over 200 sold so far.

The game is available to stream for overseas subscribers to Posh+. Audio passes are available in the UK for £2.50 with commentary provided by BBC Radio Cambridgeshire To purchase an audio pass, to sign-up for a monthly or a yearly pass to Posh+ or to find out more, click here.

There have actually been 10 players who have played for both clubs with midfielder Toumani Diagouraga (pictured left) making 102 appearances for the Shrimps and 23 appearances for Posh. Goalkeeper Joe Lewis (pictured right) starred for Morecambe in a loan spell, including a wonderful performance against Posh, which ultimately led to his transfer to the Weston Homes Stadium from Norwich City.

There have been two meetings between the sides with Morecambe victorious in the home fixture back in December 2007 as two goals from Carl Baker earned the hosts a 3-2 victory. Craig Morgan and Charlie Lee had given Posh a 2-0 lead.

Posh were held to a 1-1 draw in the home game between the sides in the same season, Aaron Mclean’s penalty cancelled out by Garry Thompson’s late strike. 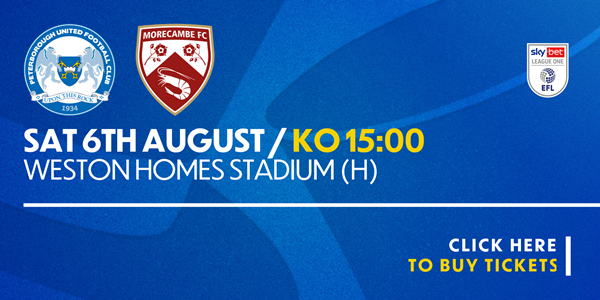