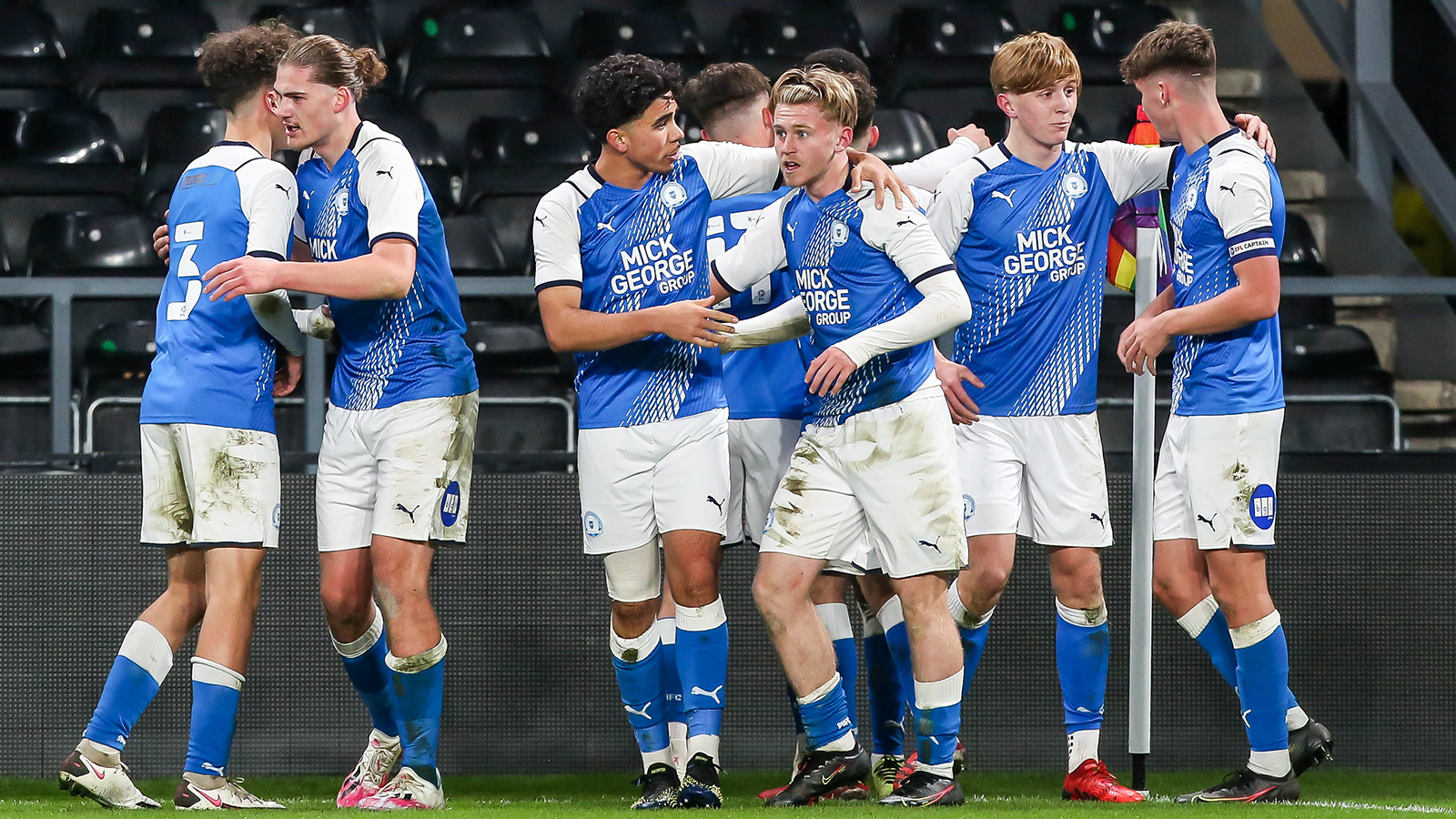 Peterborough United under 18s welcome Nottingham Forest under 18s to the Weston Homes Stadium in the fourth round of the FA Youth Cup on Tuesday evening (7pm).

Jamal Campbell-Ryce’s men overcame Derby County 1-0 at Pride Park in round three thanks to a goal from Kellan Hickinson while Forest beat Bristol City 3-1 at the same stage of the competition.

Academy Manager Kieran Scarff said: “It is another strong Academy we are facing, there is no doubt about that. Nottingham Forest run a very good Academy programme, Gary Brazil and his staff have done a wonderful job. They have brought players through, whether that be for the first team or to generate revenue and it will be a tough test.

“It will be a good challenge for the players though, they showed at Derby that they are more than capable of meeting that challenge and they are in a good place and looking forward to trying to get through to the fifth round.”

Striker Lewis Darlington, who spent a number of years with the Forest Academy before joining Posh, said: “I know a lot of their players and staff and when the draw was made, it was obviously a tie that I was really excited about. Hopefully I will have one or two friends and family in the stands watching.

“We are really looking forward to the game. We did well at Derby and in general our performances have been good this season against a step-up in opposition. Personally, I just want to get out there, put 100% in, try and put the opposition under pressure and see where it takes us.”

Tickets are on sale for the game at www.theposhtickets.com and via the Weston Homes Stadium with tickets priced at £3 for adults and £1 for concessions. The Main North Stand will be open for the game with the ticket office open through to kick-off.

The game must be played to a finish with extra time and penalties if required.