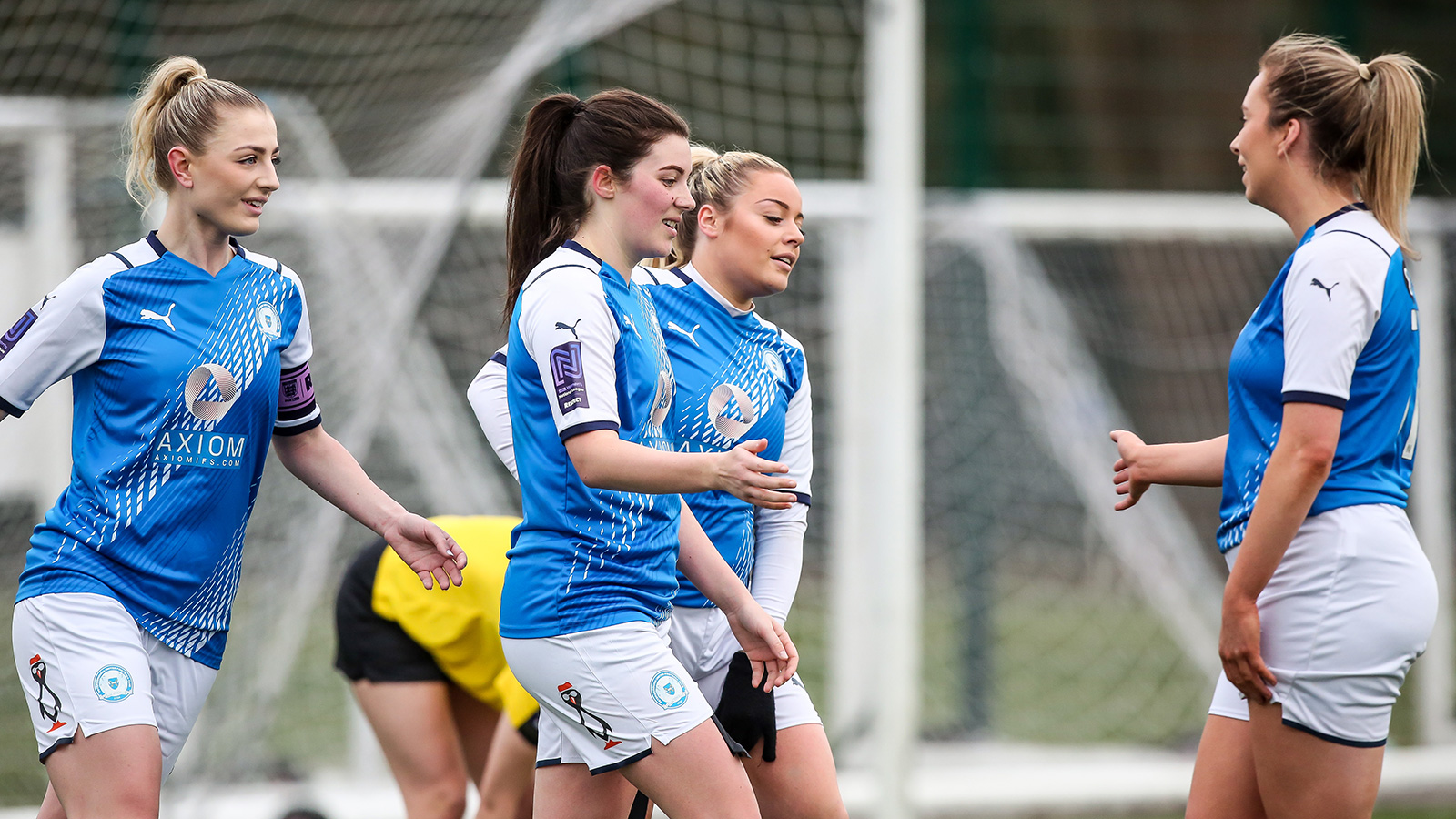 Peterborough United Women entertain local rivals Northampton Town Women in the Northants Women’s County Cup on Sunday afternoon (3pm) at Steel Park, the home of Corby Town Football Club, with Dan Lawlor’s side the current holders after winning the competition back in 2019 due to covid-19 pandemic forcing the competition to be cancelled the last two seasons.

Posh progressed comfortably to the final of the County Cup, netting 50 goals in four games, but will be looking for a reaction on Sunday after suffering their first loss in six games on Sunday.

Northampton Town have overcome Kettering Town, Bugbrooke St Michaels, and Netherton United to reach the final and are currently unbeaten in their respective league, looking on course to win promotion to FA Women’s National League next season.

Midfielders Faith Horner and Stacey McConville are both expected to be involved on Sunday despite picking up knocks in the defeat against Solihull Moors last weekend, which saw both players substituted in the first half. Cassie Steward will also be back available after missing last weekend's game after suffering an injury against Leafield Athletic earlier this month.

Beatriz Borque remains unavailable and is set to miss the rest of the season while Evie Driscoll-King is also a doubt for this weekend’s game against Northampton Town.

“Sunday is a big game for the players, staff and the club, and it will be the exact same for Northampton Town. With us being the highest-ranked side in the competition adds that little bit of pressure onto us, and while they may be the league below, they’re a well-drilled side and given teams at our level good games already.

“As it’s also a local derby it adds that little motivation for both teams, but we can’t let that affect what we do. We just need to turn up on Sunday, with the right attitude and do the simple things right, then we will always have a good chance. It’s going to be a tough game, but one I’m really excited to be a part of.”

The price for tickets will be £5 adults and £3 concessions (Under 18 and Over 65's). Gate and cash will be accepted on the gate.

The game will take place at Steel Park, the home of Corby Town Football Club, with kick-off at 3pm.

Man in the Middle

The match referee is Sam Anderson.