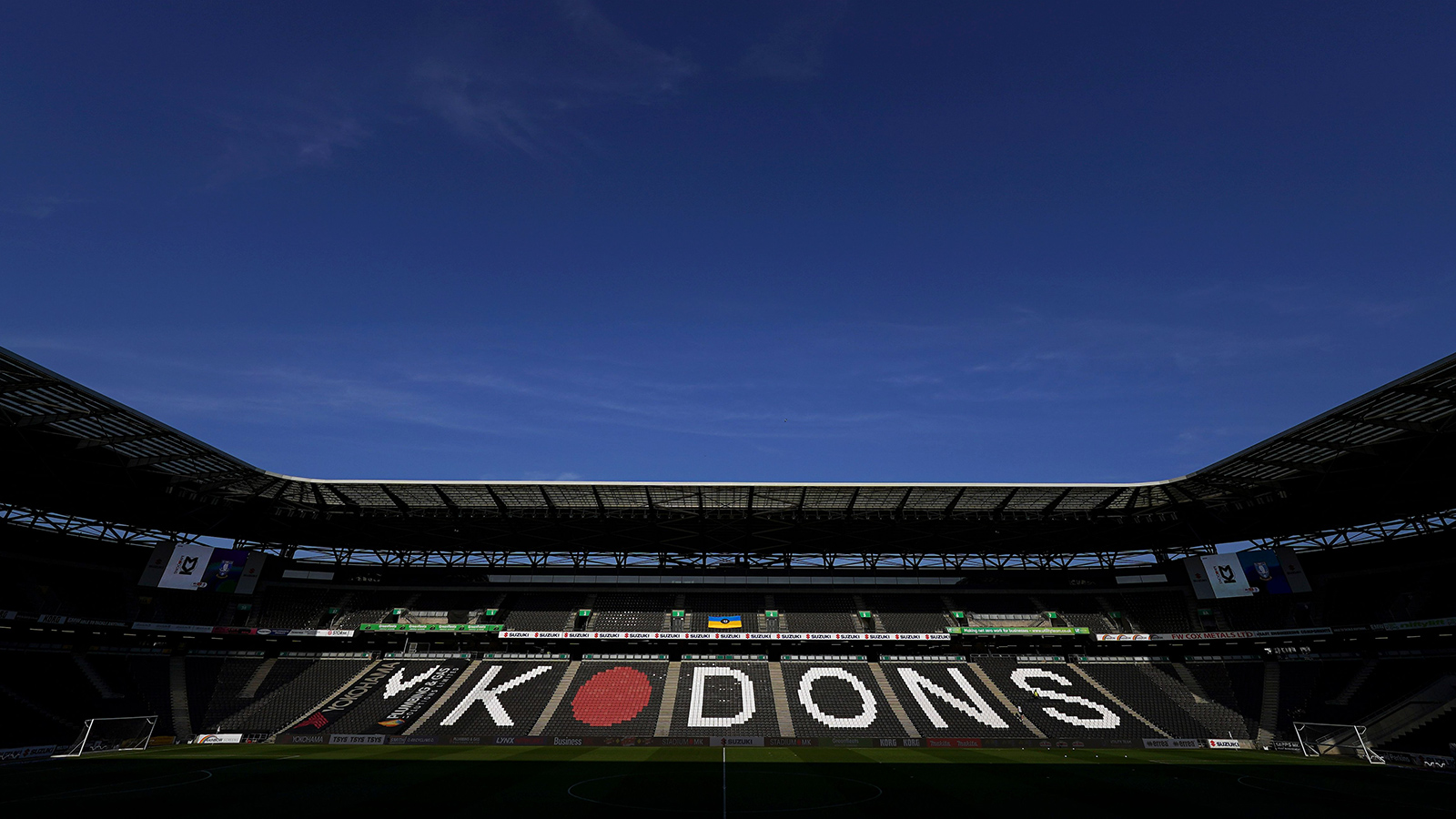 Peterborough United travel to Milton Keynes Dons in Sky Bet League One action on Saturday afternoon (3pm) looking to build on back-to-back 3-0 home victories over Tottenham Hotspur under 21s and Port Vale in the Papa John’s Trophy and the league respectively.

Posh sit in eighth place in the table, while the Dons occupy 18th with Posh collecting five wins in the league so far this season. The Dons have had a slow start to the season, but during the summer, there was plenty of ins and outs in terms of player arrivals and departures, so it was always going to take time for them to settle.

There has been plenty of rivalry down the years between the two clubs thanks to the battles in League Two and in the play-offs, that coupled with the fact that local rivals Cambridge United have not been in the same league as Posh.

Posh welcome back youngsters Ronnie Edwards and Joe Taylor to the squad after the pair missed the win over Port Vale due to international duty. Edwards played 90 minutes in the final game with Australia for England under 20s after missing the second game with of the three-match cup tournament with a slight injury.

Taylor played 90 minutes for Wales under 21s in their 2-0 defeat in Vienna against Austria, hitting the post during an impressive debut for the Dragons. Dan Butler came through 90 minutes for the Posh under 21s at Barnsley on Tuesday and could make the squad for the first time in the league since his injury.

Oliver Norburn, Emmanuel Fernandez, Harvey Cartwright and Kell Watts are still sidelined, but the latter two are back in the building next week after treatment at their parent clubs. Kwame Poku and Joe Ward both missed training sessions earlier in the week, but came through Thursday’s session without any problems.

MK Dons striker Mo Eisa has been on the side-lines for the season so far and is unlikely to feature against his former club. Will Grigg is expected to lead the line after he was on target in their last fixture against Oxford United before the international break – a goal that helped them to a 2-1 win at the Kassam Stadium.

Josh McEachran (pictured below) ticks all the boxes for a ‘perfect’ MK Dons player – a good passer, keeps the ball moving and is pleasing on the eye. McEachran is a product of the Chelsea academy and won 38 caps and scored three goals for England at youth level. He spent several years with Chelsea as a professional but played little and spent time on loan at clubs to at home and abroad. He moved on to Brentford in 2015, playing 90 league matches over four seasons, and spent 16 months with Birmingham City. 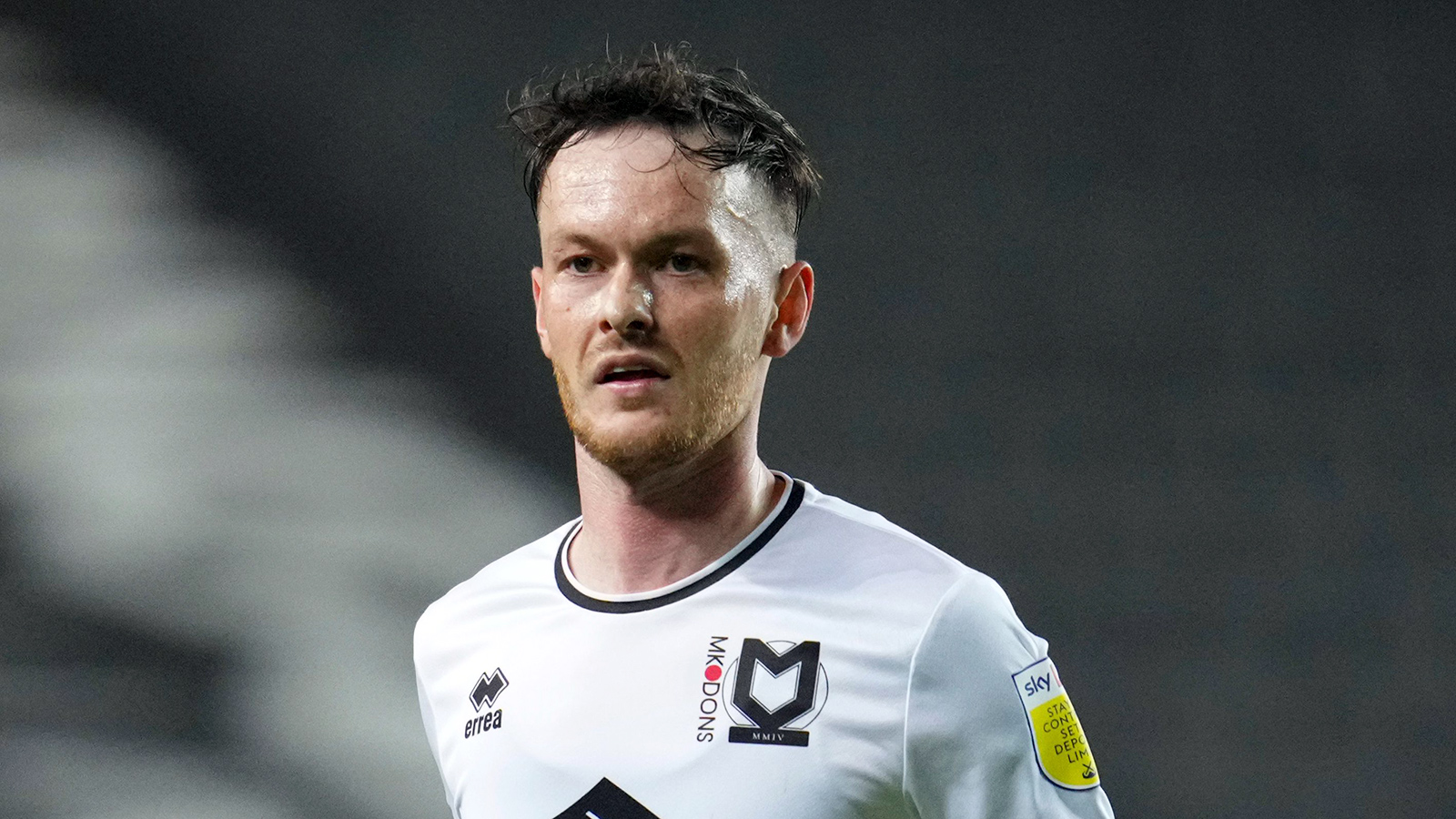 “MK Dons are a good footballing side, you know they are a possession-based team and they have good players who can hurt you. They made a lot of signings and let a lot go in the summer and that will always contribute to how you start to the season because it will take time. We are going to be backed by over 2,500 supporters and that is fantastic and it is down to us to try and put on a performance and come away with the three points,” McCann said.

Tickets are on sale at www.theposhtickets.com and via the Weston Homes Stadium Box Office until 3pm on Friday. Just over 2,500 tickets have been sold in advance, but the game is not all-ticket and Posh fans can purchase tickets on the day, although there is a £2 price rise. Tickets can be purchased from the Away booth at Gate 3 or the box office.  Any collections or reprints will be from Gate 3 Away booth.

Aside from the aforementioned Mo Eisa (pictured below right), there have been quite a few players who have turned out for both clubs including Posh skipper Jonson Clarke-Harris who spent a loan spell at the club earlier in his career. He only made a handful of appearances during his time with the club. Conor Coventry has enjoyed loan spells at both clubs from West Ham United, although he played far more first team football for MK than he did at Posh.

Other players to have turned out for both clubs include:

There have been plenty of classic encounters down the years between the two clubs – who could forget the play-off semi-final second leg in 2011 at the Weston Homes Stadium when Posh ran out 2-0 winners to set up a final at Old Trafford against Huddersfield Town? However, the more recent 4-0 win at Stadium MK under Darren Ferguson caught the eye. Marcus Maddison opened the scoring with a typical stunner before Ivan Toney headed a second. Mo Eisa (pictured below) added a classy third and fourth to put the gloss on a convincing victory. 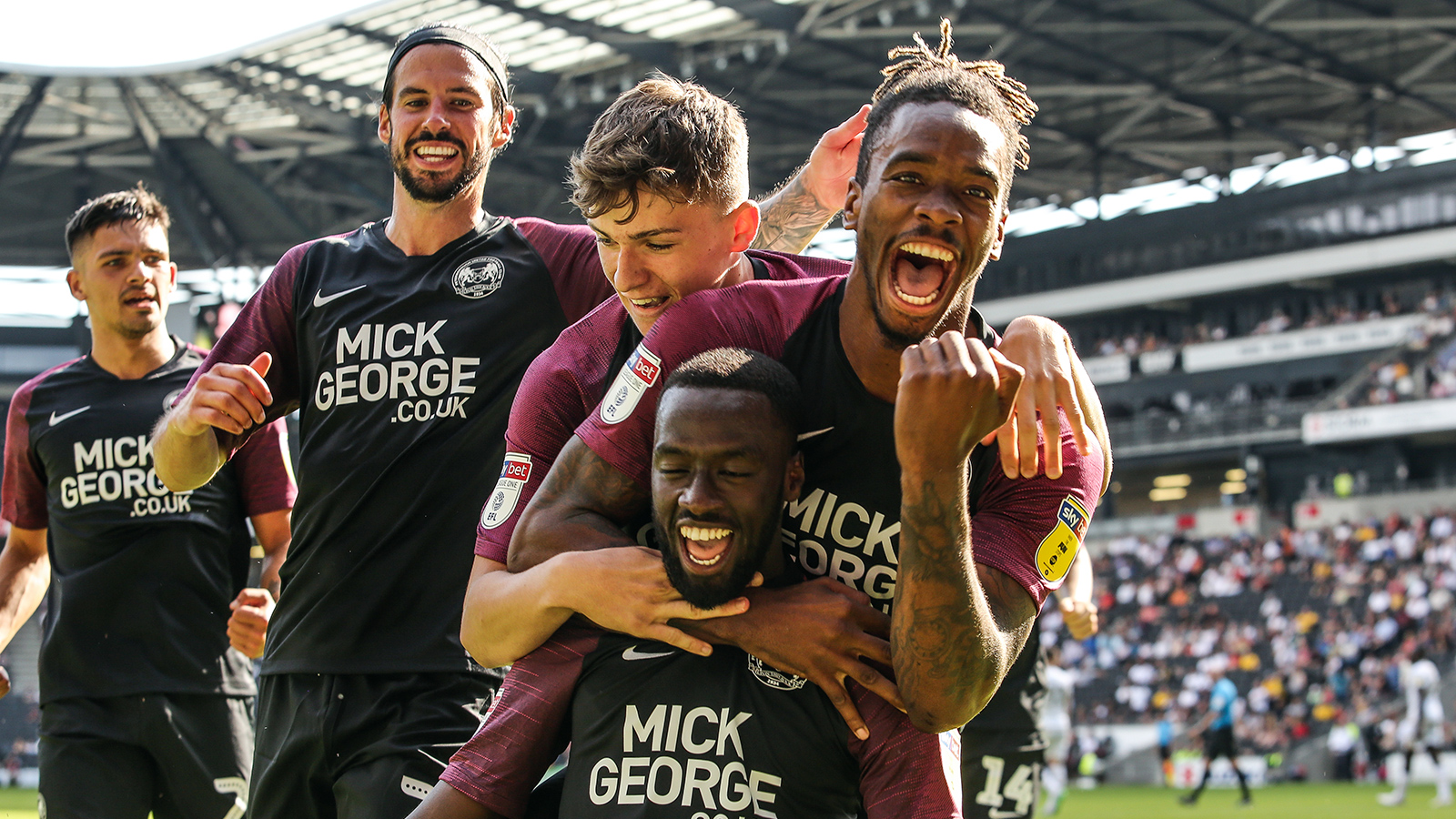