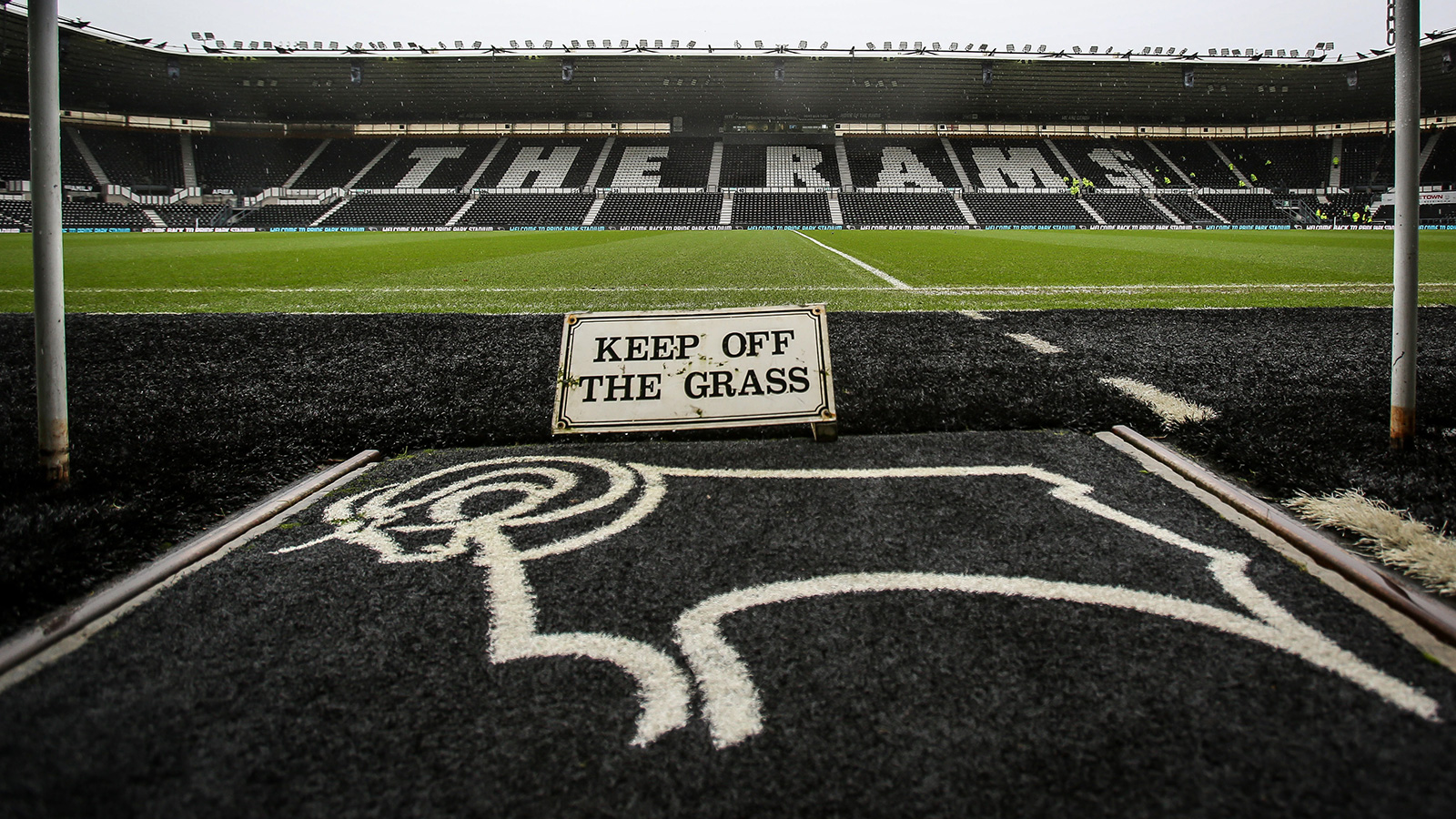 Peterborough United travel to Derby County in Sky Bet League One action on Saturday afternoon (3pm) with Grant McCann’s men looking to bounce back from the Carabao Cup second round defeat to Stevenage on Tuesday evening.

Posh sit in second place in the division following an excellent start to the campaign, while the Rams will be among the promotion contenders this season after assembling a strong squad following the summer take-over.

Derby drew 0-0 with Fleetwood Town last time out in the league despite dominating for long periods and followed that performance with a 1-0 victory over Sky Bet Championship side West Bromwich Albion on Tuesday night.

Posh will be without the services of Dan Butler and Oliver Norburn due to long-term injuries, while Emmanuel Fernandez remains side-lined, but there is better news concerning goalkeeper Harvey Cartwright, who should return to the squad after a thigh problem.

Kwame Poku suffered no ill effects from his first appearance of the season in mid-week, while new signing Ephron Mason-Clark could be in the squad after completing his move from Vanarama National League side Barnet on Friday.

Nathaniel Mendez-Laing missed the cup-tie against the Baggies due to personal reasons, but could return to face his former club. Louie Sibley is expected to be named in the starting line-up after some strong recent showings.

Conor Hourihane was one of an extensive list of signings made by Derby during the close season and his experience will be key in the middle of the park for the Rams. The former Aston Villa man is probably playing at a level that is beneath his ability, however he has been enticed to Pride Park to be part of a promotion push. Stylish on the ball, the left-footer is a threat in and around the box and is also a set-piece expert. 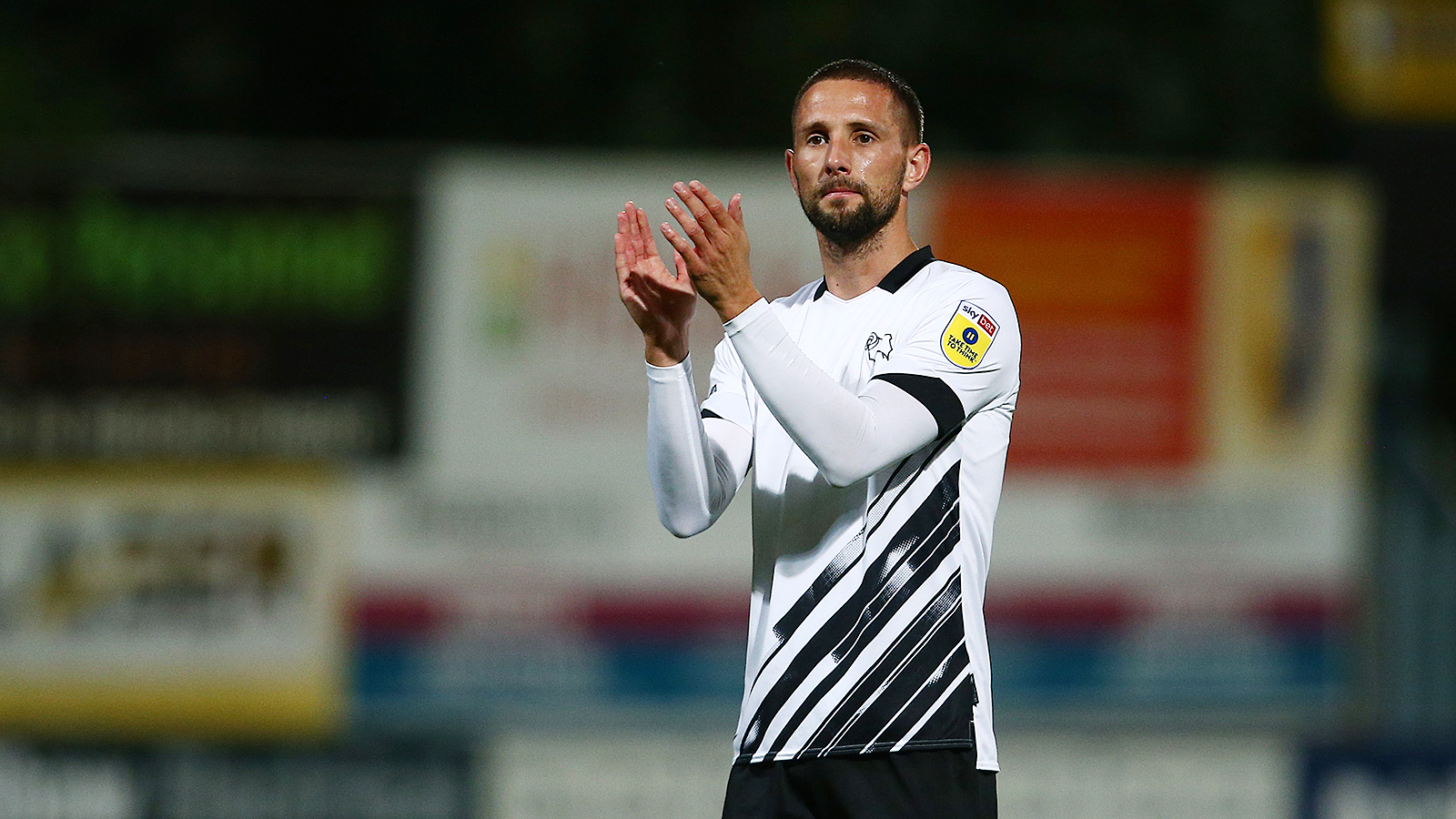 “Derby have a real unique way of playing and they will cause a lot of problems for teams at this level, but we have watched a lot of their games and know what to expect. They have made some really good signings and their manager was very much part of what Wayne Rooney did there last season against all of the odds. It will be a big crowd, a good atmosphere and you have to look forward to those kind of games,” McCann said.

There are no tickets available on the day for Posh fans. Just under 1,900 tickets have been sold for the game.

Overseas subscribers will be able to watch the game on Posh+ while audio passes are available for domestic subscribers priced at £2.50.

There are a number of players who have played for both clubs including Jack Marriott, who starred for the Rams under Frank Lampard and Nathaniel Mendez-Laing who is currently on the books of the club. Some of the players to have represented both clubs include Miles Addison, James Chester, Scott Cooksey, Paul Coutts (pictured middle), Liam Dickinson, Ian Feuer, Peter Kennedy, Jake Livermore (pictured left), Izale McLeod, Eric Steele, George Thorne (pictured right) and former boss Mark Wright.

Grant McCann (pictured below) netted the winner in a memorable match between the two back in 2011. McCann popped up with a great strike in stoppage time to seal a 3-2 victory for Darren Ferguson’s men at the Weston Homes Stadium. Paul Taylor and Tommy Rowe were also on target for Posh with Theo Robinson netting a brace for the visitors. 15-year-old Jaanai Gordon was an unused substitute on the day. 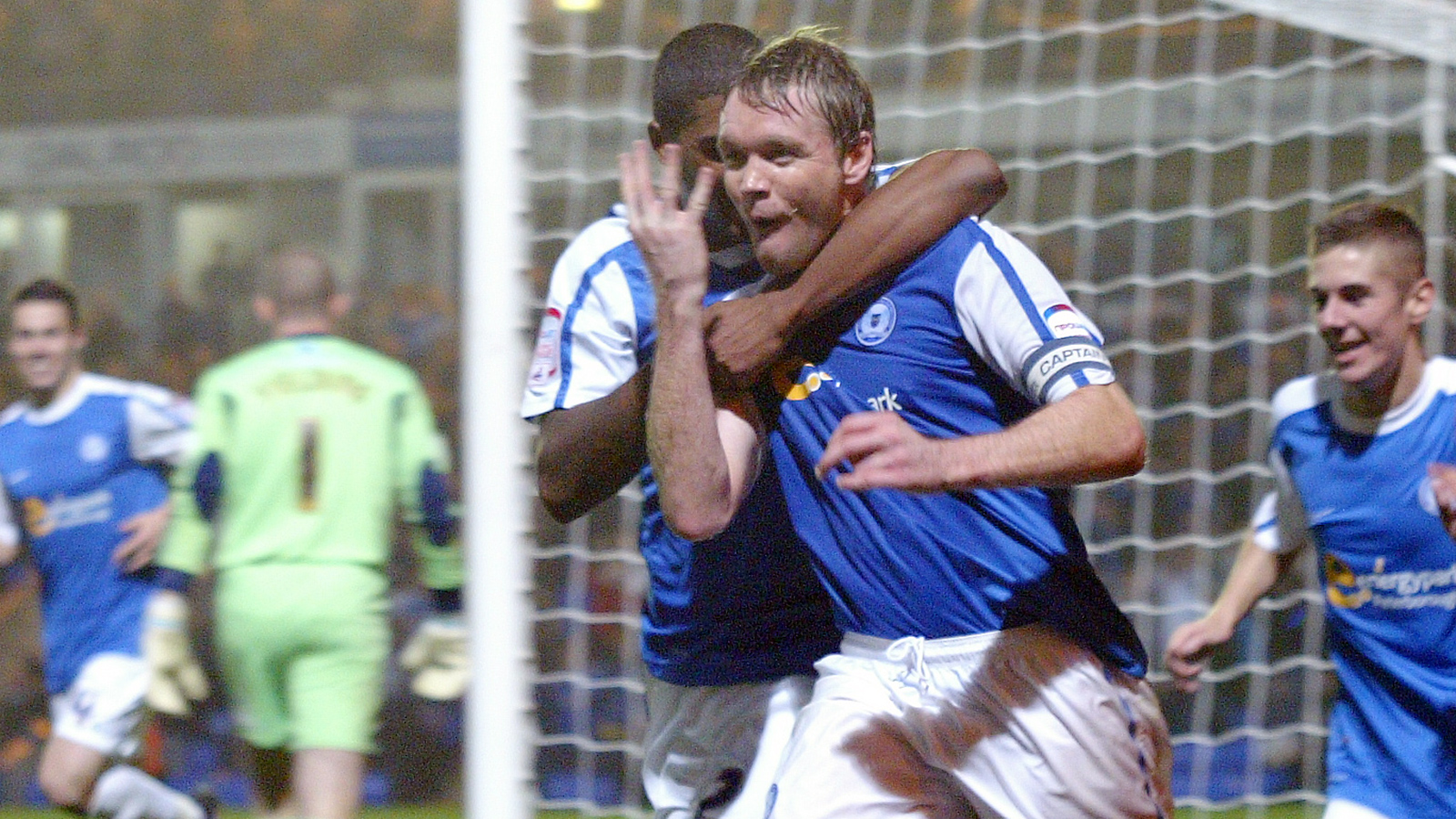 Posh will be wearing the mint green away kit for the fixture.

The match referee is Robert Madden.