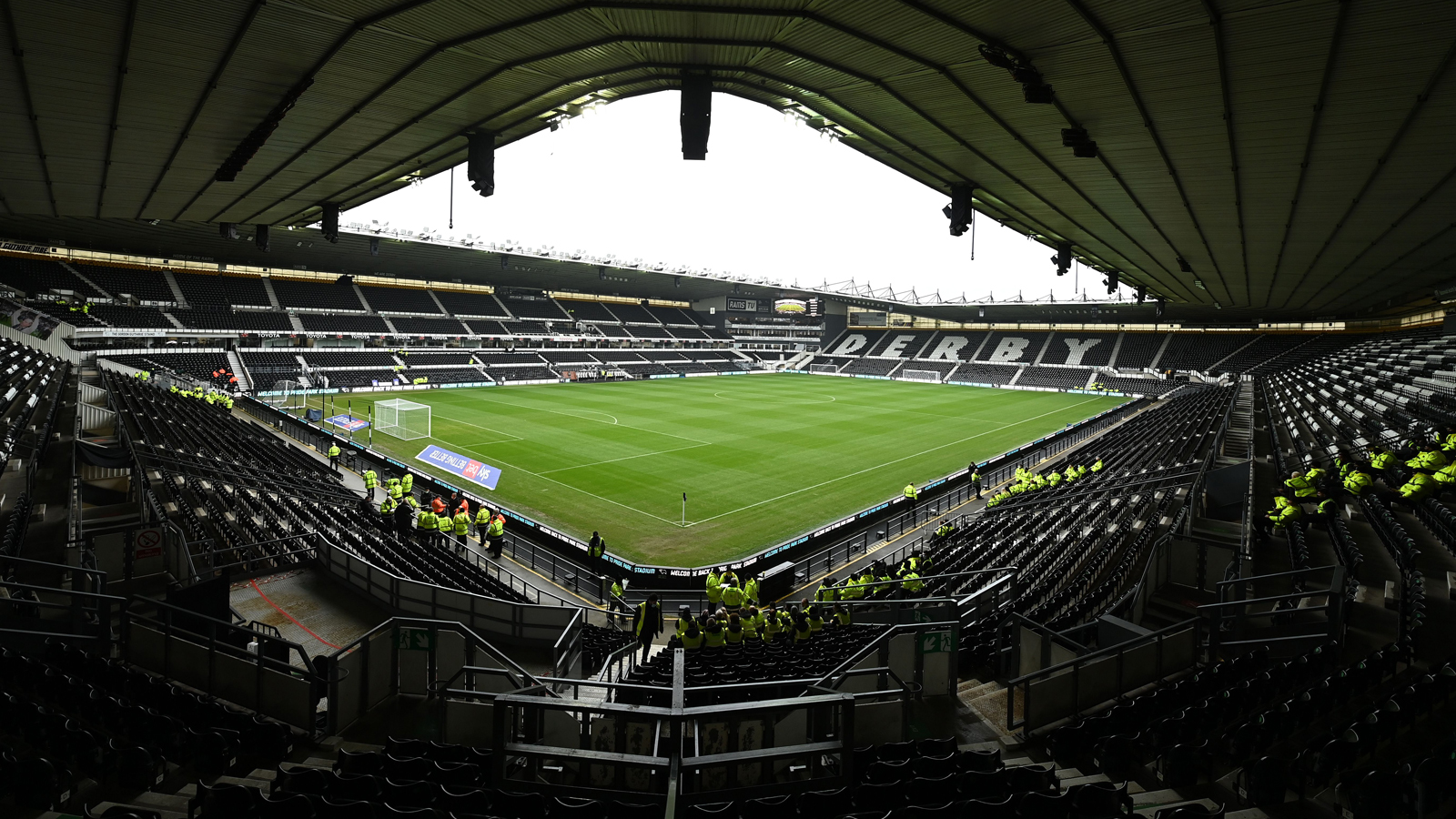 Peterborough United are back on the road on Saturday as Darren Ferguson’s men travel to Pride Park to face Derby County in Sky Bet Championship action (3pm) with the game set to be played in front of a sell-out crowd of around 30,000.

Following the goalless draw with Reading in front of the live Sky TV cameras on Wednesday evening, Posh will be looking for three points that could lift them out of the drop zone and in the process put more daylight between themselves and the Rams.

Wayne Rooney’s men were beaten 4-1 by Middlesbrough last time out, but their home form is excellent with notable successes against some of the promotion contenders in the division.

Posh welcome back defender Ronnie Edwards to the squad after he missed the last two games with a slight hamstring injury. Mark Beevers (hamstring), Jack Taylor (hamstring) and Dan Butler (ankle) remain on the treatment table.

Derby are without the services of experienced front man Colin Kazim-Richards but are able to call on the availability of exciting teenage wing-back Festy Ebosele. Captain Tom Lawrence is their star man while the experience of Curtis Davies at the back is an important part of their XI.

“Wayne has done an excellent job. There are no coaching badges to help him deal with what’s been thrown at him this season. He’s not just been managing a team, he’s been managing the whole club.

“But they now have a different sort of pressure to deal with because most people now expect them to get out of trouble. There’s a lot riding on the game tomorrow because if we win we are six points ahead of them with a game in hand, while they will overtake us if they win.

“They are a good team though. They are very fluent with excellent rotation so will have to communicate well and keep gaps between us down to a minimum. I’ve seen positive signs in our last couple of games though. We have been getting the basics right in terms of the hard work and commitment and now we need to get the hardest part right and start scoring some goals,” Darren Ferguson said.

“Our form at Pride Park has been good all season and the next two matches, against Peterborough and Millwall on Wednesday are big for us, with them both being at home. If ever we need the fans, it is on Saturday. We need them there right behind the team and vocal for 90 minutes. We know what a lift it gives us when the fans are in full voice and it can be intimidating for the opposition as well. I’m sure the fans will be right behind the team as always, but we need them for 90 minutes.

“The lads have been great this week and training has been really good. It was important that we moved on from the Middlesbrough defeat, which was a disappointing result for us,” Wayne Rooney said.

The game is a sell-out. No tickets remain for the fixture. Those that have ordered tickets, can collect from the Weston Homes Stadium up until 5pm on Friday. Those that don’t will be able to collect from Derby County.

Posh will be in the blue home kit for the fixture.

The match referee is James Linnington.