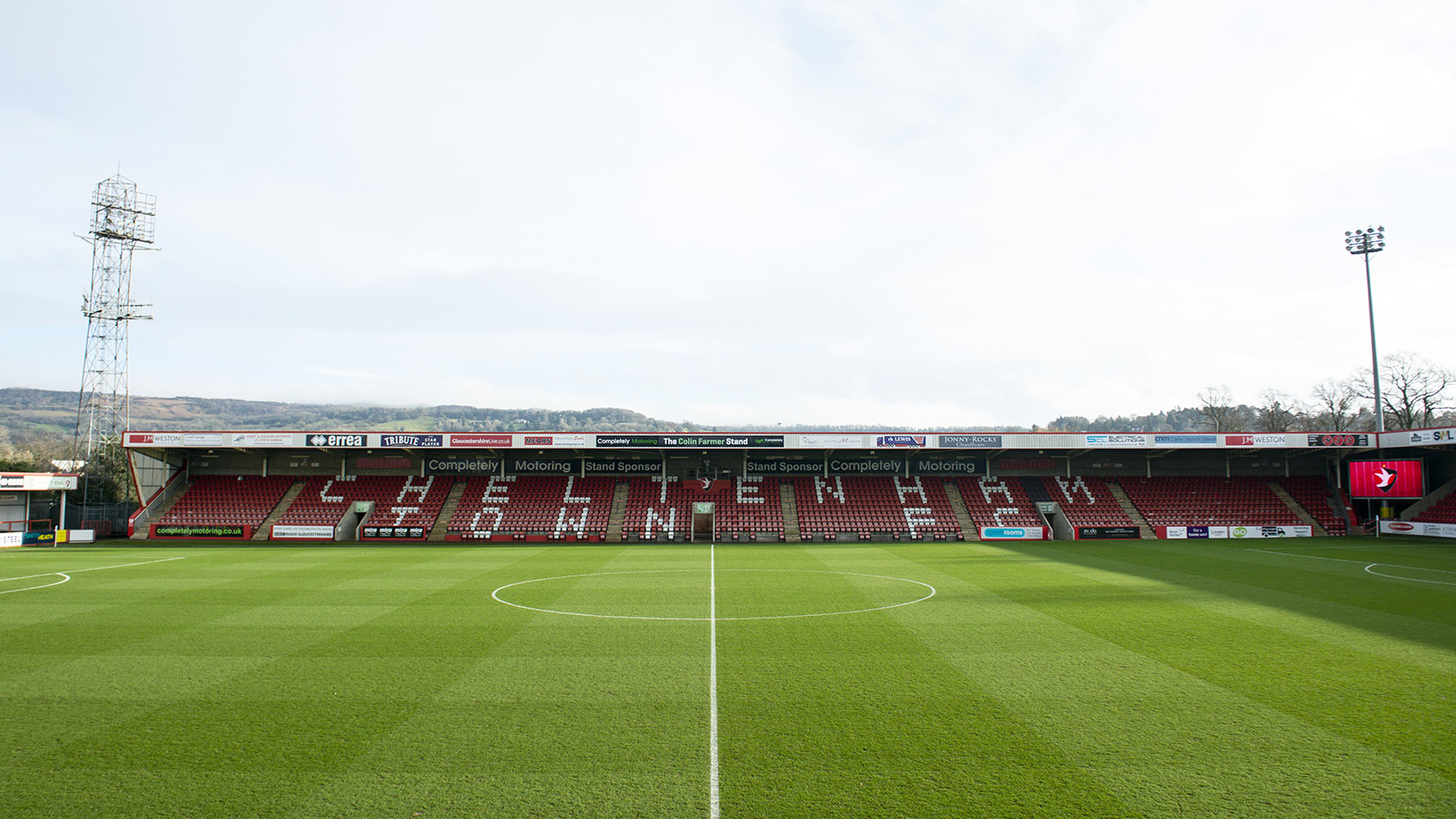 We look ahead to the opening Sky Bet League One fixture of the season against Cheltenham Town.

Peterborough United kick off the new Sky Bet League One campaign on Saturday afternoon (3pm) with a trip to the Completely-Suzuki Stadium to face Cheltenham Town with Grant McCann’s men looking to build on a strong pre-season, which concluded last Saturday with an eye-catching 3-0 victory over Championship side Hull City.

While pre-season results are not imperative with fitness much more important, McCann’s men picked up some decent results over July with wins over Leyton Orient and Deeping Rangers as well as hard-fought draws with Stevenage and Barnet.

Cheltenham have had a summer of change with Wade Elliott appointed as the club’s new manager following the protracted departure of Michael Duff to Barnsley, as well as a host of new arrivals on the pitch too including the loan arrival of goalkeeper Luke Southwood from Reading, who is expected to be between the sticks at the weekend.

Posh will be without the services of defender Dan Butler and midfielder Ollie Norburn due to long-term injuries. McCann spoke in the pre-match press conference on Thursday about other knocks and niggles in the camp with goalkeeper Harvey Cartwright, defender Nathan Thompson and the versatile Joe Ward all rated as doubts.

Thompson came off against Hull with a slight foot injury, Ward trained for the first time in 10 days on Thursday following a muscle injury while Cartwright has missed the last few games with a knock. “We don’t want to lose players for a long period of time, so it maybe that some or all of these players miss this game knowing they will be back for the following one,” McCann commented.

Former Posh defender Lewis Freestone penned a new contract for the Gloucestershire outfit on Thursday, keeping him at the club until 2025. Ayo Tanimowo is unlikely to feature after dislocating his shoulder during pre-season while the experienced Matty Blair is another that could miss out due to a knee injury.

Alfie May (pictured) is another example of a player that has made an impact in the EFL rather late in his career, but he is certainly making up for lost time. The 29-year-old scored 26 goals in all competitions last term, including 23 in the league and has been linked with a host of clubs, including, unsurprisingly, Barnsley where his old gaffer now resides. May is a hard-working front man, of the mould of Craig Mackail-Smith, always gives 100 per cent and it will be a massive boost to the Robins if they can keep him at the club past the end of the summer transfer window. 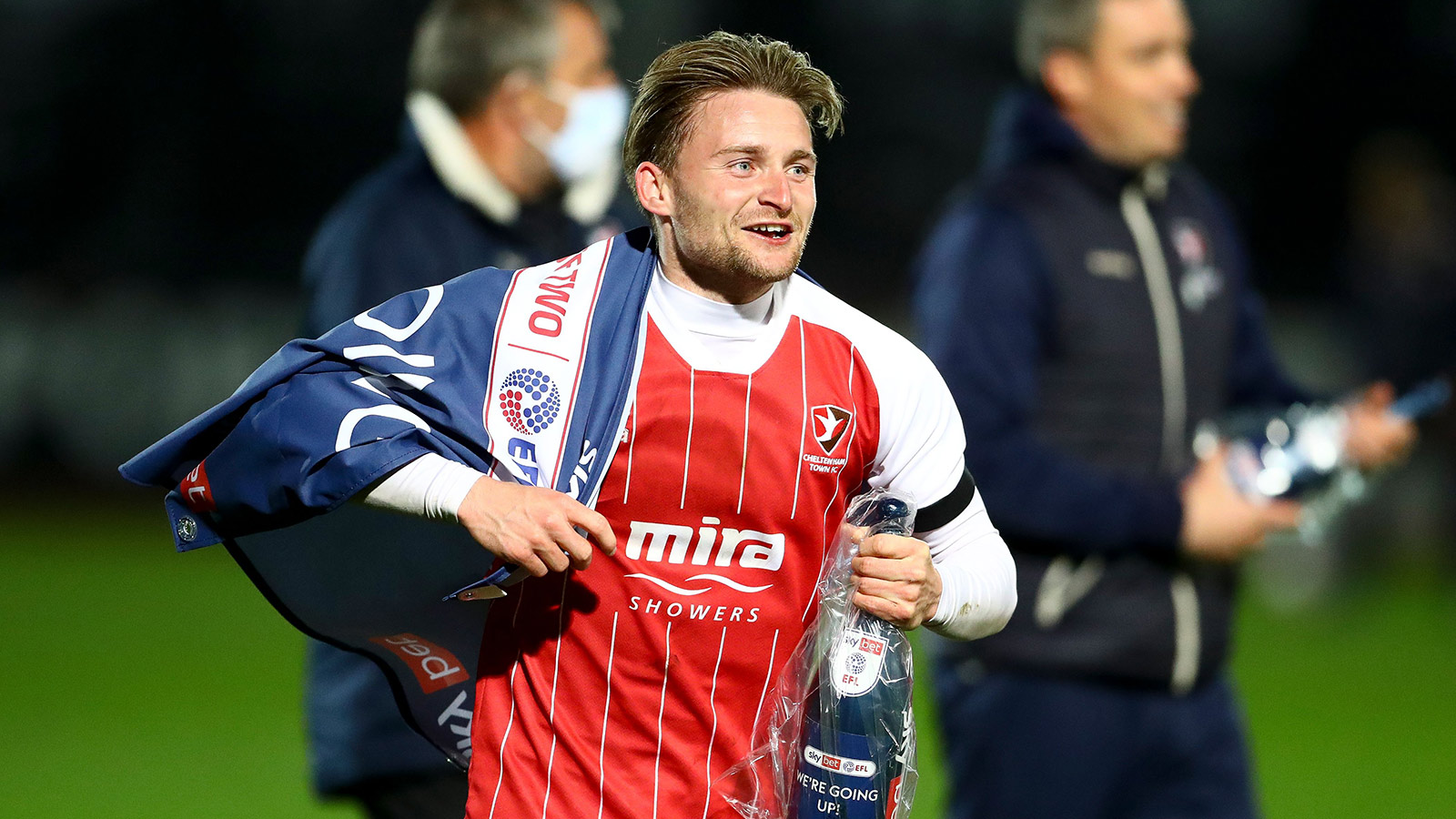 “Everyone is excited, we are no different. We are looking at meeting the season head on and can’t wait to get started. It is a difficult start for us. Their manager Wade Elliott was there with Michael (Duff) so it seems a seamless transition. In terms of the style, it is a little different, but they have a lot of quality and it will be a tough game for us. We have to do our own job first and follow the plan. We understand that any game in this league is difficult, we have to be good defensively before we can implement what we want to do at the other end of the pitch,” Grant McCann said.

The game is a sell-out for Posh supporters. There will be no tickets available on the day. A total of around 1,000 fans will be making the trip.

The game is available to stream for overseas subscribers to Posh+. Audio passes are available in the UK for £2.50 with commentary provided by BBC Radio Cambridgeshire To purchase an audio pass, to sign-up for a monthly or a yearly pass to Posh+ or to find out more, click here.

There have been a number of players, aside from Lewis Freestone, that have played for both Posh and Cheltenham Town.

Current Posh midfielder Ryan Broom (pictured left) was signed from Cheltenham by Darren Ferguson after starring for the Robins. Manager Grant McCann actually scored the last time that Cheltenham beat Posh in a competitive fixture. Kyle Vassell (pictured right) has scored four goals in 16 appearances for the Cheltenham after signing at the start of last season following spells at Rotherham United and Fleetwood Town.

Other players that have played for both clubs down the years include defender Alex Davey, once of Chelsea, Craig Alcock, who made eight appearances for Cheltenham after starring for Posh over a longer period of time, Jason Brissett who is fondly remembered by Posh fans for his goal against Tottenham Hotspur and Mo Eisa (pictured middle) who is hoping to help MK Dons towards a promotion push after injury cut short his campaign last term.

One of the most eye-catching results in the Head to Head between the two clubs came on 28th December 2008 as goals from George Boyd, Charlie Lee, Craig Mackail-Smith, Aaron Mclean, Chris Whelpdale and an Alan Wright own goal earned Darren Ferguson's men a quite incredible 6-3 success.

Posh were only 1-0 up at the break and were pegged back to 1-1, 3-2 and 4-3 at one stage before running riot in the closing stages. Ashley Vincent, Elvis Hammond and Lloyd Owusu was on target for the home side. Josh Low who was another to represent both clubs, was in the Cheltenham team. 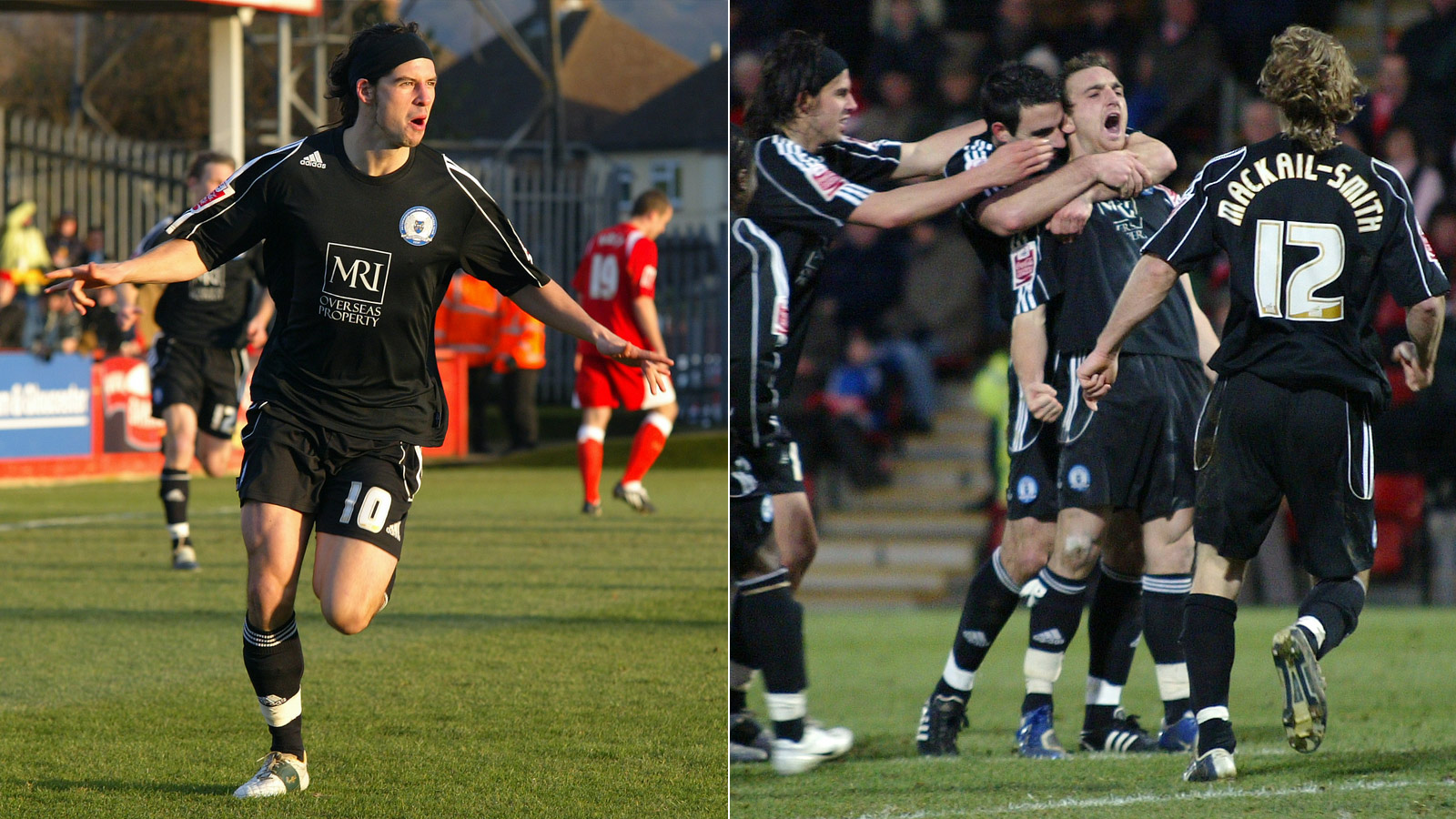 If you can’t make the game in Gloucestershire, you can follow all of the action in a number of ways.