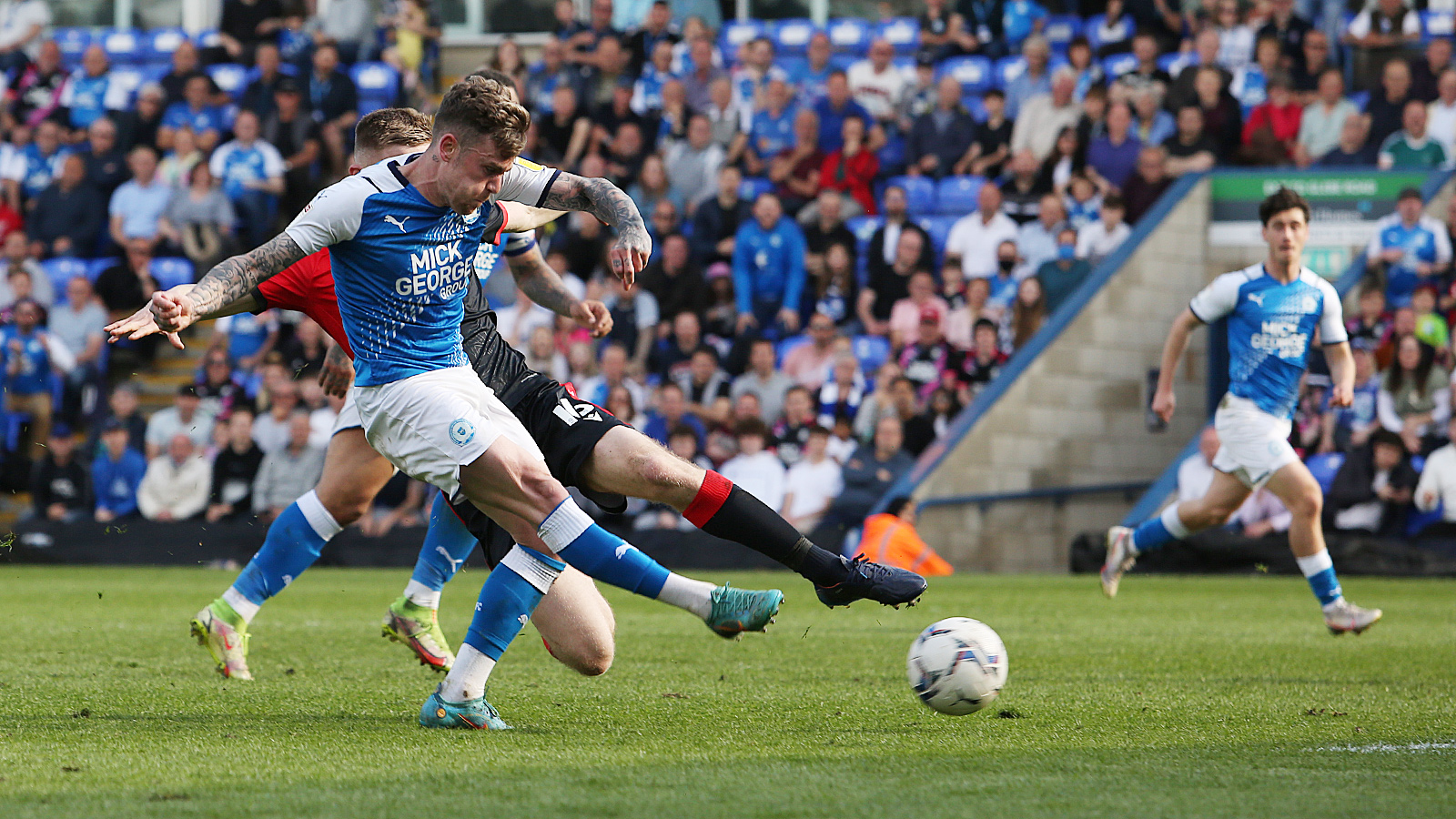 On the day when manager Grant McCann was celebrating his birthday, it was down to striker Jack Marriott to provide the perfect present as his late goal secured a 2-1 victory over Blackburn Rovers at the Weston Homes Stadium.

Ben Brereton-Diaz, the Chile sensation, hooked a shot over the crossbar on two minutes after a well-worked corner from the visitors was only half cleared. At the other end, Harrison Burrows dragged a left-foot shot wide of the near post after Blackburn’s attempts to mount a counter attack were thwarted.

Dai Cornell made a very sharp stop to keep out a powerful drive from Sam Gallagher on seven minutes with the rebound from Brereton-Diaz deflected over. Kaminski was alert to smother a half-volley from Sammie Szmodics on 10 minutes after a deflection spun into the former Colchester United man’s direction.

Kwame Poku saw a right-footed effort parried by Kaminski on the quarter-hour mark after a clever back-heel from skipper Clarke-Harris. Tayo Edun was cautioned for a cynical trip on Josh Knight on 22 minutes by referee Chris Kavanagh.

Burrows saw a left-foot drive from the edge of the box gathered by Kaminski moments later. Brereton-Diaz had the ball in the back of the net on 31 minutes from a looping header, but the referee spotted a quite blatant push in the back of Knight.

Szmodics dragged a shot wide on 34 minutes after nipping in to take advantage of a partial block from Wharton after a low centre by Jones. Kaminski produced a superb one-handed tip over to keep out a Clarke-Harris shot two minutes later after excellent approach play from Fuchs, Burrows and Jones.

The visitors were reduced to 10-men on 41 minutes as Edun was shown a second yellow card for a foul.  Tony Mowbray’s men made a change at the interval with Bradley Dack replacing Sam Gallagher. Kaminski was well placed to keep out a Jones effort after a good run from Kent as the game approached the hour mark.

Grant McCann made a change moments later with Jack Marriott replacing Jones in attack. Marriott tested Kaminski with a fierce drive at this near post which the keeper did well to beat away from danger. Randall drilled a low shot at goal from 28-yards on 74 minutes, but Kaminski dealt with the threat comfortably.

Blackburn opened the scoring less than 60 seconds later as BRERETON-DIAZ rifled a low effort past Cornell and into the back of the net. On 82 minutes, Posh drew themselves level as a flick from Burrows picked out SZMODICS and he calmly stroked the ball into the bottom corner.

With three minutes to play, Posh got their noses in front and it was a stunning strike from Jack MARRIOTT, who rifled home with his left-foot past Kaminski and into the back of the net.