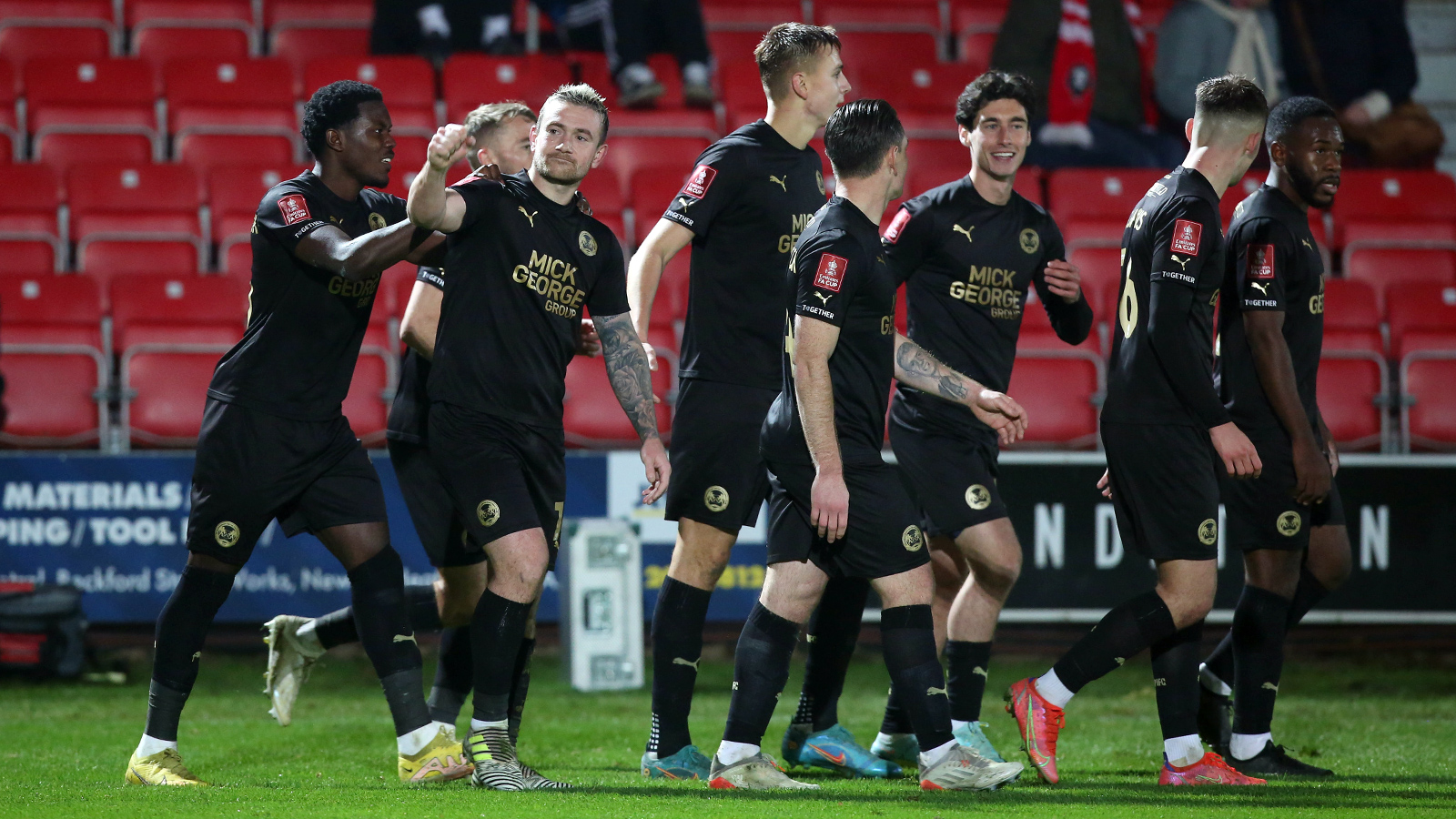 Marriott At The Double As Posh Progress

Jack Marriott netted his 48th and 49th goal for the club as Posh progressed in the Emirates FA Cup.

Peterborough United eased into the second round of the Emirates FA Cup with a comfortable 3-0 victory over Salford City at the Peninsula Stadium with Jack Marriott bagging a second half brace to follow up Ephron Mason-Clark’s first half opener.

Harrison Burrows, skippering Posh on his 100th appearance for the club, curled a shot over the crossbar inside the opening three minutes as Grant McCann’s men tried to make a fast start against their League Two opponents.

Poku saw a shot blocked on 11 minutes and the ball spun into the path of Burrows who saw his left-footed effort well saved by King diving to his left. Jack Marriott fired over from distance on the quarter hour mark after the ball was fizzed into his feet from midfield.

Kyprianou just couldn’t keep a close-range effort down from close-range on 24 minutes after good work in the approach play by Mason-Clark. Poku created a bit of space three minutes later with a clever ball-roll, but his right-foot shot cleared the crossbar.

Lund fired over in a rare Salford foray forward, but moments later, the home side were behind as a perfect pass from Poku picked out Ephron MASON-CLARK and the in-form front man finished superbly past King.

Salford made a change at the break with Odin Bailey replacing Eastham and he looked lively in the opening exchanges of the second period up against Ben Thompson. Mason-Clark was denied by King at the other end after trying a curling effort from the edge of the box.

Lund came close from a recycled set-piece five minutes into the second half but it just hit the midfielder and rolled wide of the target. Watt was cautioned for a foul on Mason-Clark on 55 minutes as the former Barnet man tried to launch a counter attack.

Marriott was denied by a fine stop from King by his near post, but from the resulting corner kick, Posh doubled their lead as Burrows’ corner was superbly headed home at the near post by MARRIOTT. Hendry was cautioned for a foul on Butler moments later before Posh made a change with Joel Randall introduced.

It was 3-0 on 83 minutes and a 49th goal in Posh colours for MARRIOTT, who lashed home a fine strike into the bottom corner of the net.