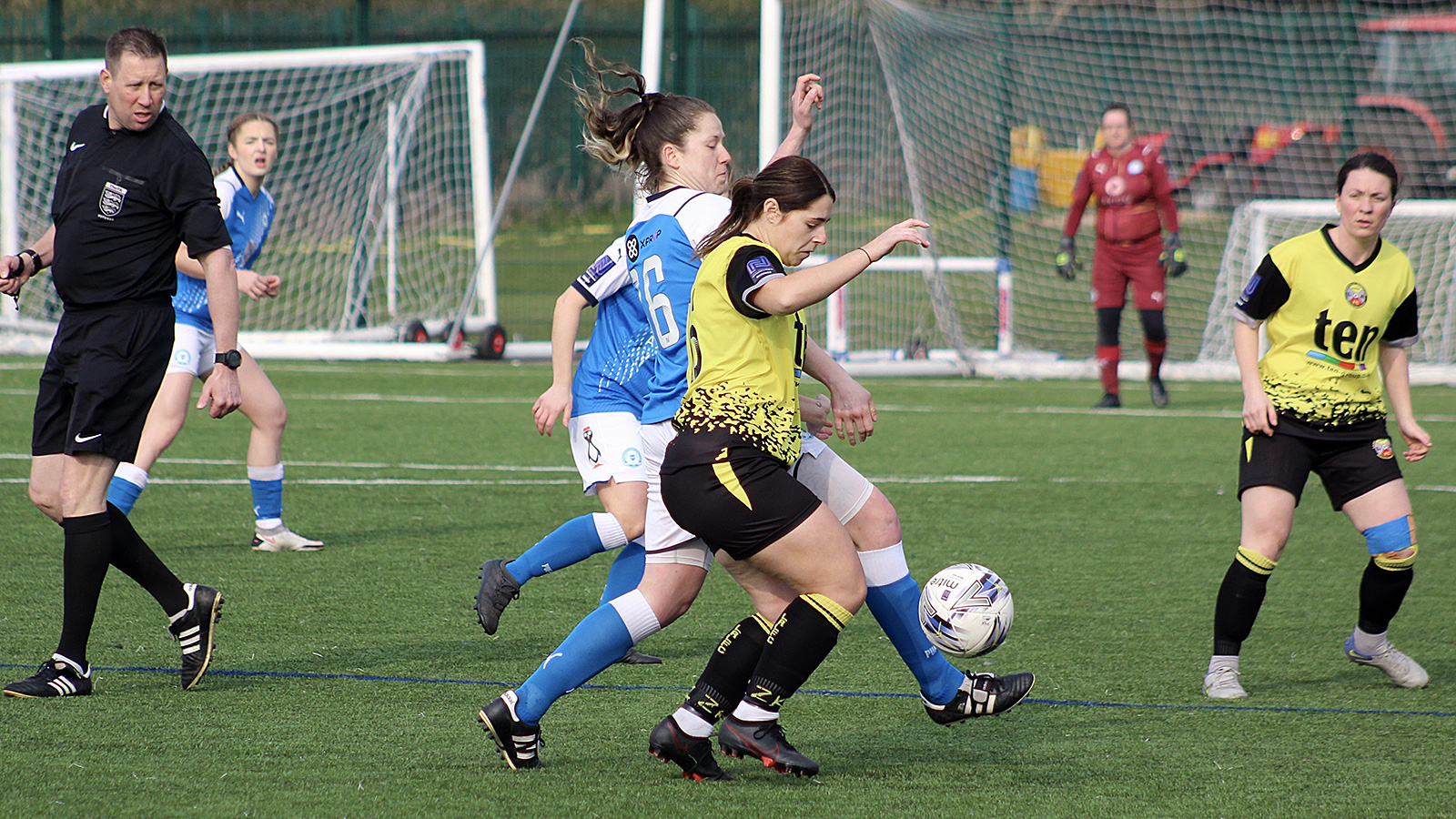 Lowder On Target As Posh Women Pick Up Point

Posh Women pick up a point following the 1-1 draw against Leafield Atheltic on Sunday afternoon.

Katie Lowder's 35-yard strike in the first-half was cancelled out by Kathryn Pagan as Peterborough United Women earned a successive 1-1 draw at the idverde training ground in the FA Women’s National League Division One Midlands, extending their unbeaten run at home to four games.

Either side struggled to control the game in the opening stages, that saw defender Natalie Hurst suffer a nasty clash of heads with Pagan and a short stoppage in play. Jess Driscoll produced the first save of the afternoon as her long-range shot forced Natasha Weldon into a low save, and from the resulting corner, Niamh Connor headed over the bar.

The visitors struck the woodwork on 24 minutes as the game sprung into life, Taliha Case free-kick superbly pushed onto the bar by Amy Butler, the ball rebounded to feet of a Leafield player but she fired the close-range effort over the bar.

Posh broke the deadlock two minutes later as Lowder (pictured in action above) found some space in midfield and unleashed a thunderous strike over the keeper from around 35-yards out. Leafield Athletic looked for an instant response, and should have brought the game level, when Clements raced clear with only Butler to beat, but she fired wide of the target.

Beatriz Borque, who caused plenty of problems in the first-half, was called into defensive duties as she cleared Laura Broadbent header off the line. Posh were awarded a free-kick in a dangerous area, just outside the box, after a handball but Megan Parrett struck her effort straight into the wall, which saw Connor’s header cleared off the line from the resulting corner.

Lawlor made his first change of the afternoon during the break as Destiny Makanjuola replaced Natalie Hurst. Perkins was inches away from doubling Posh advantage straight after the break, but Borque cross was just too high for the forward.

The visitors equalised six minutes in the second half as Kathryn Pagan headed home from close-range. Butler had to produce a succession of saves in a matter of minutes, first pushing a fierce free-kick out for a corner before getting down low to stop Clements effort from edge of the box.

Leafield struck the woodwork once again from a free-kick as Chase clipped the top of the crossbar. Lawlor made two quick changes on 75 minutes as Lowder made way for Ellen Marson before Katie Steward replaced Cassie Steward.

Driscoll saw an effort on the half-volley recohered off the defender after Parrett free-kick from the right-hand side wasn’t cleared. Katie Steward low ball across goal was too far in-front of the on-rushing Perkins, who would have had a tap-in for the winner.