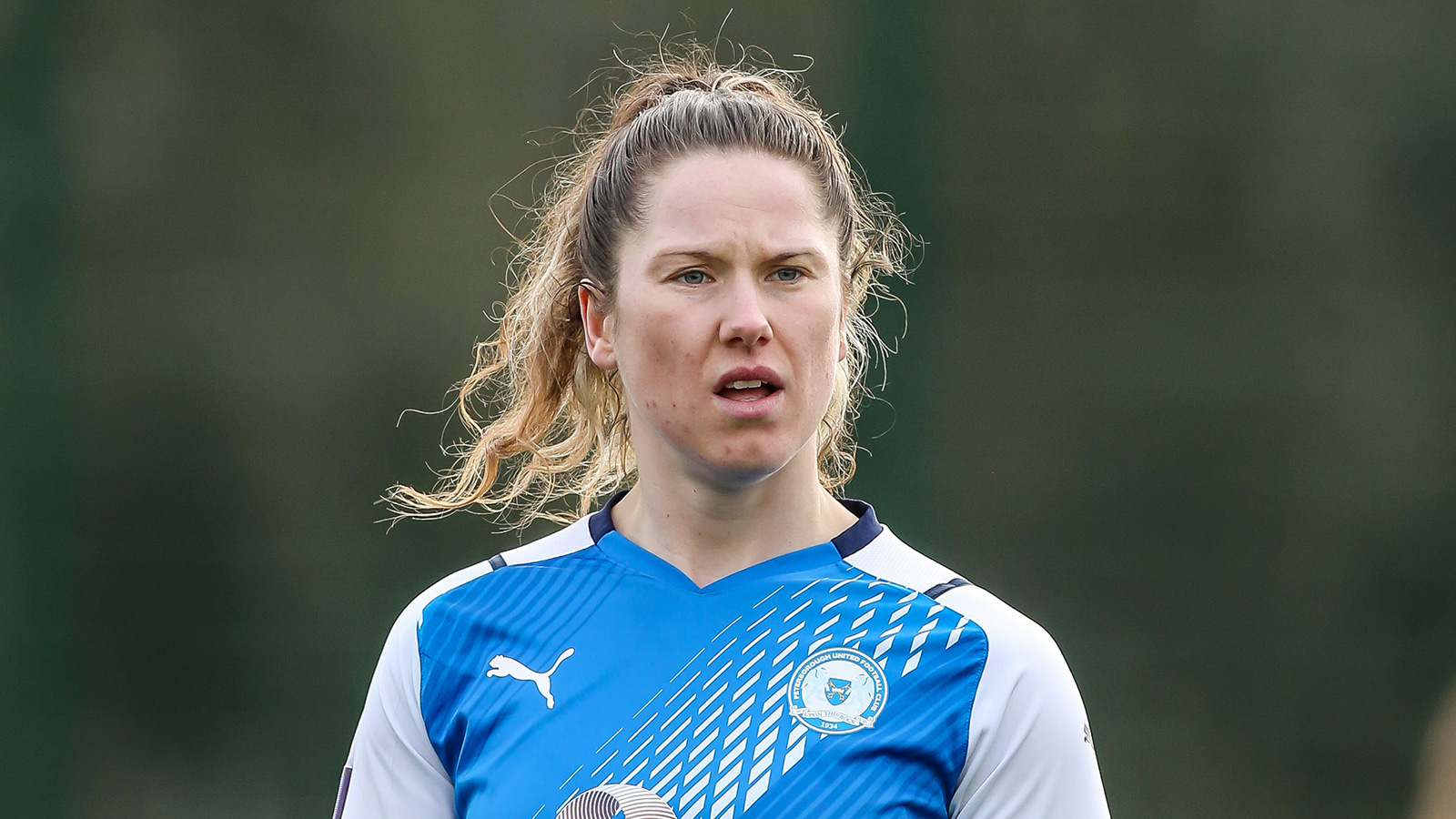 Midfielder Katie Lowder reflects on her opening month at the club and praises the warm welcome from everyone at the club.

It’s fair to say January was a busy month for Peterborough United Women as manager Dan Lawlor welcomed five new signings, including Lowder, who joined the club from Holwell Sports after the Leicestershire-based club folded in December, following in the footsteps of Faith Horner, Natalie Hurst, and Kayleigh Aylmer who all arrived at the idverde training ground last month.

The midfielder, who marked her first full month at the club last week, reflected on the warm welcoming she received from the players and staff and is looking forward to a busy end to the FA Women’s National League as Posh look to consolidate a mid-table finish in their debut campaign.

She said: “After the first few sessions, I felt the players and staff were very welcoming in regards to me coming on board and helped me settle in very easily. It obviously helped knowing a few Holwell Sports player when I joined Posh and made that transition to a new team that little easier. I have enjoyed every single minute so far and can’t wait for what the rest of the season holds.”

Lowder opened her account for the club in our previous FA Women’s National League Division One Midlands in the 3-1 defeat to Boldmere St Michael last month before adding a brace in the Northants County Cup Semi-Final, and the midfielder hopes to add to that tally before the end of the season.

“As a forward player, you love nothing more than scoring goals, especially when it helps wins games and push us to finish in a stronger position in the league. I was delighted to score a couple of goals in the last few games, crucially, in the Northants County Cup Semi-Final that helped us progress to the Final, hopefully I can keep adding to that before the end of the season.”

The Posh Women welcome both Leek Town Ladies and Doncaster Rovers Belles to idverde training ground in the FA Women’s National League this month. Lowder expects a tough couple of games coming up, but believes the squad can have a strong finish to the season.

“Since the turn of the year, we have enjoyed a run of results that has helped us climb the table and given us some breathing space. But we still have some important games coming up in the next few weeks, including against Doncaster Rovers Belles who are certainly still in the mix for the title. It’s going to be difficult, but I believe these group of players can compete with the very best and have high ambitions for the rest of the season.”