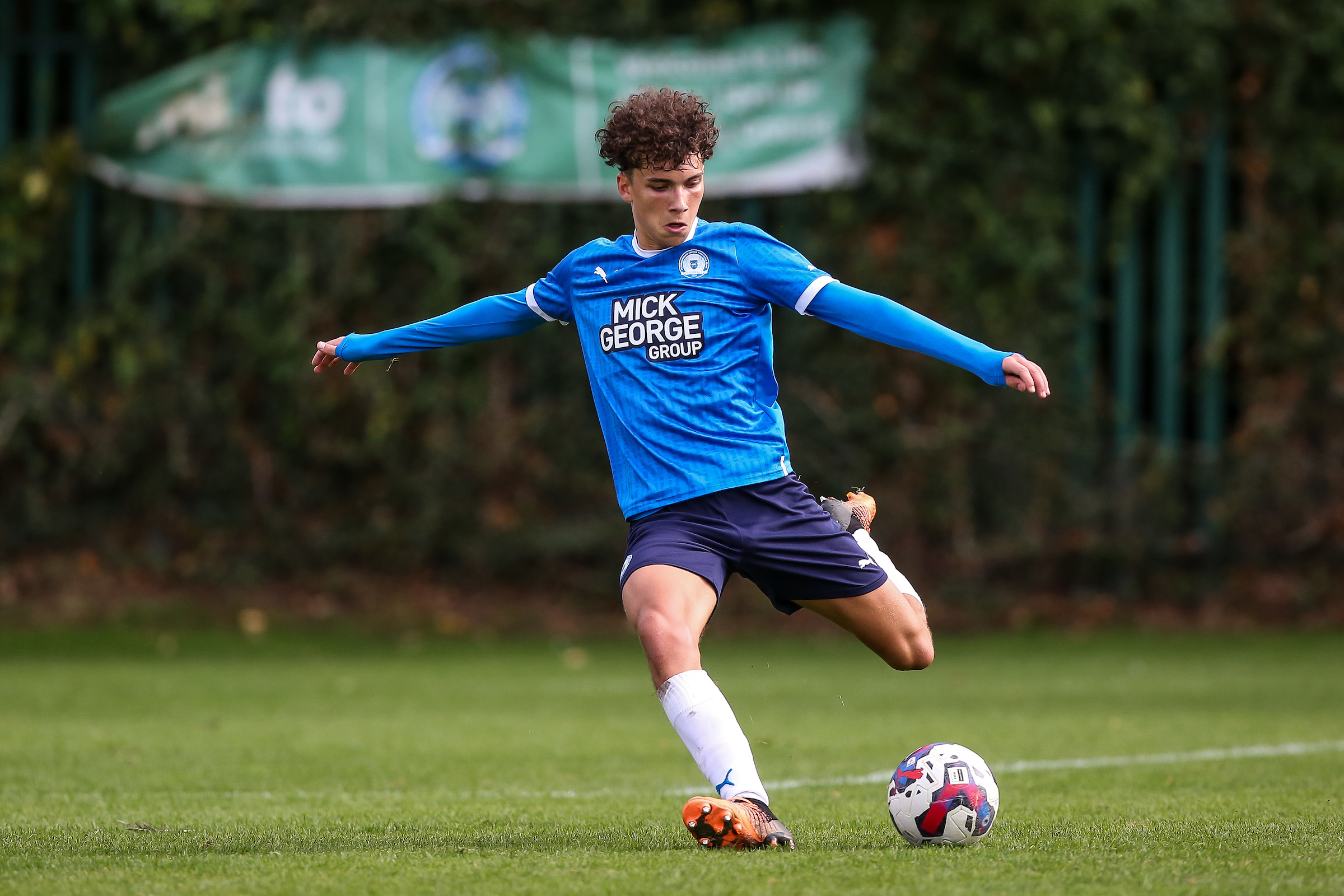 U21s forward Johnson Gyamfi joined National League North side Boston United on a month’s loan last month and instantly made an impact at the Jakemans Community Stadium, scoring on his debut against Chester FC. The winger has already played three of the seven eligible games for The Pilgrims, gaining much-needed first-team minutes at senior level.

Defender Oscar Tonge has also secured a one-month loan spell at Northern Premier League Division One Midlands side Halesowen Town and completed his first full 90 minutes for the club in their 4-0 victory over Dereham Town on Saturday afternoon. Forward Andrew Oluwabori joined Yeovil Town in a loan deal until the New Year, making his debut for The Glovers on Tuesday night in the goalless draw against Maidenhead United.

Aaron Powell has been recalled from his youth loan at Dereham Town after making 11 appearances in total in all competitions for the Pitching In NPL Midlands Division side, while midfielder Luke Harris has also completed his short spell at Yaxley FC and was full of praise for his time at The Cuckoos over the last couple of months.

Harris said: “It was a good experience to get into senior football and get some minutes, I got everything I needed out of it and everyone at Yaxley were fantastic to me. When I first headed out on loan, I just wanted to learn about the senior game, how difficult it was physically and how I would deal with it, which I believe I coped very well with. The loan spell has made me a lot smarter on the pitch, how to deal with things that are going on around me and managing the game.”

Academy Manager Kieran Scarff said: “We feel that the opportunity for our young players to go and experience senior men’s football is an important part of our player development programme. Both Aaron and Luke have had very positive experiences at Dereham and Yaxley respectively and I would like to take this opportunity to thank Tom Parke at Dereham and Andy Furnell at Yaxley for the way they have supported both players during their spells with them. In addition, Andrew Oluwabori has started his second spell on loan, this time at Yeovil following a spell at Kettering whose manager Lee Glover also provided great support and opportunities for Andrew. I am sure Oscar and Johnson will also benefit greatly from the opportunity they now have."