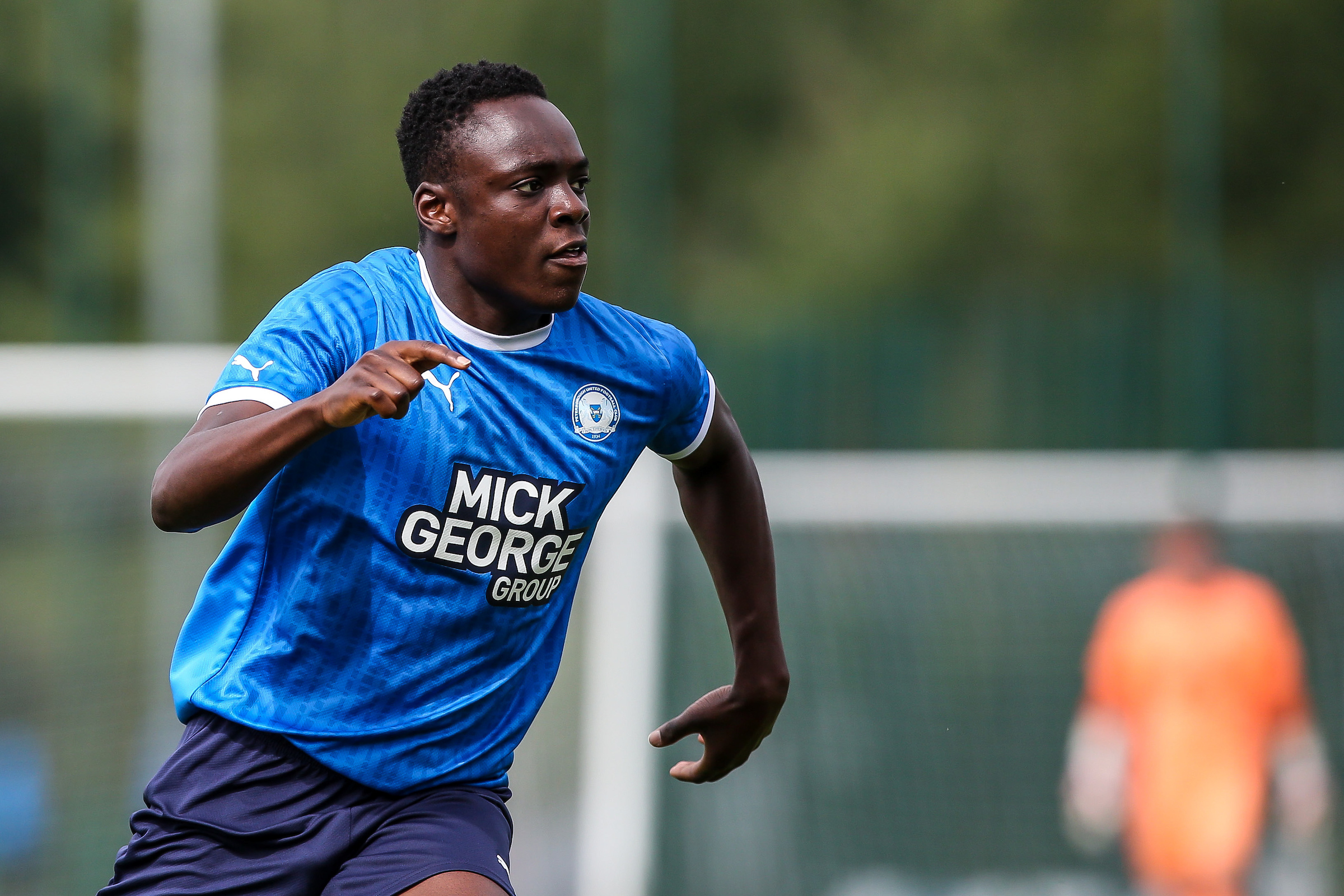 With the 2022/23 football season well underway, it has proved to be a successful month for a young Posh forward at The Poppies, while three other youngsters enjoy senior first-team minutes in the opening month of the season.

Andrew Oluwabori joined The Poppies just before their season-opener against AFC Flyde in the National League North at the beginning of August and has since made seven appearances for The Poppies.

He has quickly become a fan favourite at Latimer Park, where he netted his first goal on just his second appearance for the club in their 1-1 draw against Bradford PA before scoring in the following game, helping The Poppies to a victory over Telford.

Despite not scoring in the next three games, Oluwabori grabbed two goals in the 2-2 draw against Buxton Town, which included an injury-time equaliser from the Posh youngster to rescue a point. While the season is still very much in the early stages, the forward seems to be loving life at Latimer Park at the minute and admits the experience has been hugely beneficial to his development so far.

Oluwabori said: “It has been a good experience, which has helped me develop and experience men’s football. You have supporters there, so it’s just a completely different environment and feels like you are playing for something, but that has helped me when I have returned for U21s matches this season. It’s a lot more physical and more emotions on the pitch, for example, when you go behind, you can feel the supporters behind you and that drives you as a player.

“I have just got in and around areas inside the box to score, which has been something I wanted to work on. However, when I scored one, it drove me to want to score another one, then another one. It has all come from confidence from netting that first goal, and the rest has seemingly followed.”

Posh U21s manager Matthew Etherington said: “Andrew is doing very well, I’m really pleased to see his development so far. He seems to be enjoying every moment, and more importantly, he’s getting plenty of exposure to first-team football at a good and physical level, so that’s great for him and, hopefully, he can continue his form.”

Oluwabori continues to play for the under 21s, when matches don’t clash with his commitments with The Poppies. The forward was joined by fellow Posh youngster János Bodnár at Kettering Town, who joined on a youth loan at the beginning of August, but has only made two appearances so far.

Defender Aaron Powell joined Northern Premier League side Dereham Town on a youth loan in July and has made eight appearances for The Magpies so far this season, with the side currently sitting 14th in the league table. Midfielder Luke Harris also searched for senior minutes at the beginning of the season and joined local side Yaxley FC on a youth loan, but The Cuckoos have only picked up one point so far.