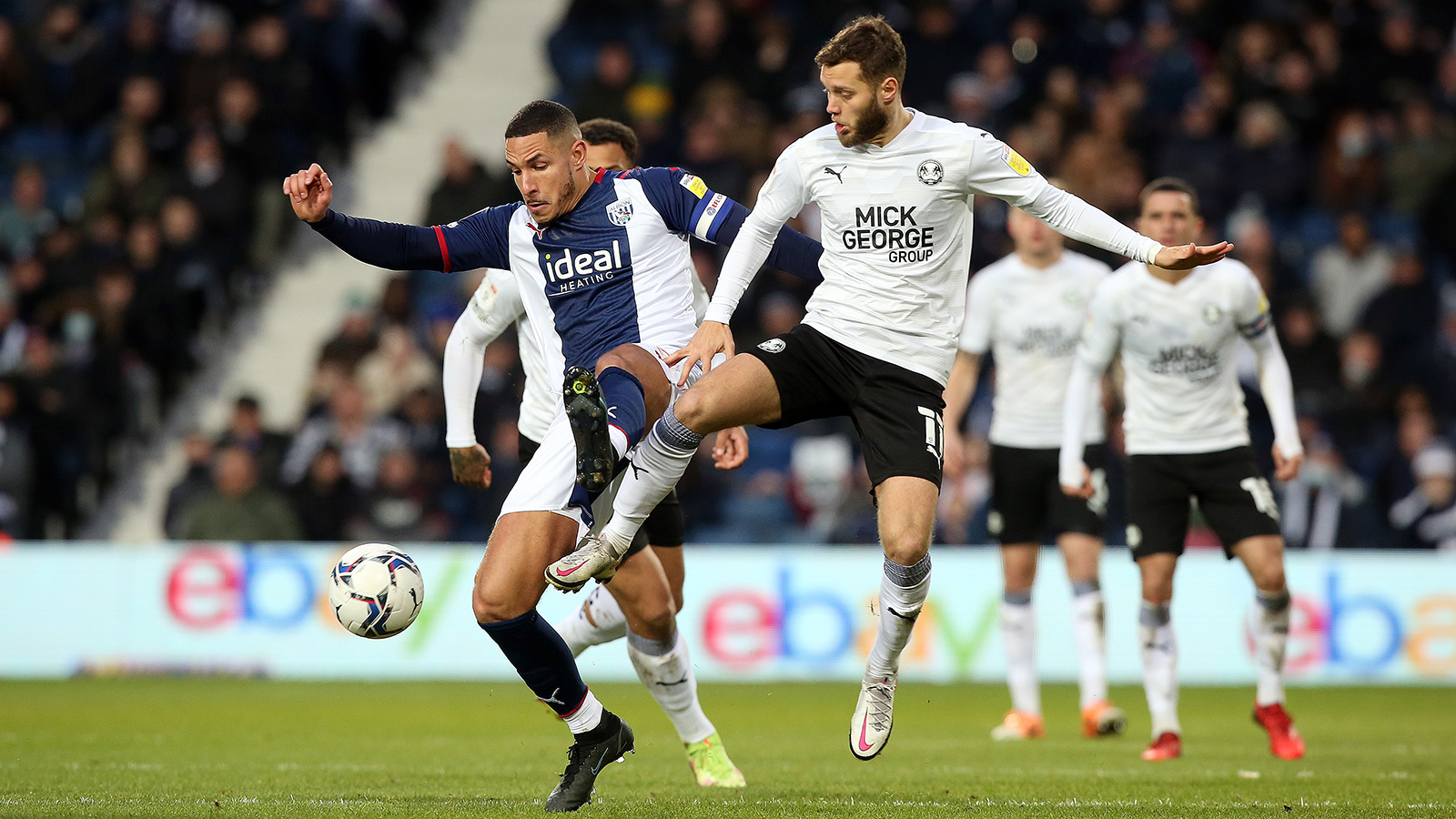 Peterborough United conceded three times in the final 10 minutes at the Hawthorns as West Bromwich Albion strengthened their automatic promotion hopes with a 3-0 victory over Darren Ferguson’s men.

After close to 10 minutes of controlling the game, the home side created the first chance of note as a cross from Darrell Furlong picked out Daryl Dike, but his header went wide of the target. The ball struck the towering Dike in the six-yard box on 21 minutes, but it drifted wide of Steven Benda’s right-hand post.

A shot from Livermore deflected kindly into the path of Dike moments later, but his shot was straight at Benda who made a comfortable save. Dike headed over from another Furlong centre on 25 minutes as the Baggies continued to probe.

Posh had appeals for a spot-kick turned down on 40 minutes as Dembele forced his way into the box and went down under a challenge, but referee Jeremy Simpson waved away the protests. The fourth official indicated one minute of stoppage time, which Posh defended admirably.

Dike headed wide from a Furlong centre within the first two minutes of the second half as Edwards went down for treatment after clashing with the striker. Edwards was unable to continue so Josh Knight was introduced as his replacement. The Baggies had to make a change of their own moments later as Dike limped out of the action to be replaced by Diangana.

Benda was well positioned to keep out a curling effort from Phillips on 56 minutes after neat interplay from the home side. Darren Ferguson made a change on 58 minutes with Sammie Szmodics replacing Jorge Grant.

Both side made changes on 75 minutes as Jack Marriott replaced Clarke-Harris and the hosts introduced Robinson and Molumby. The hosts opened the scoring on 76 minutes, FURLONG was credited with the goal but the final touch potentially came off the shins of Kipre.

The hosts doubled the lead on 84 minutes as Taylor was dispossessed in midfield and GRANT drilled the ball through the legs of goalkeeper Benda.  DIANGANA made it 3-0 as the game moved towards stoppage time, racing onto a loose ball and finishing well.