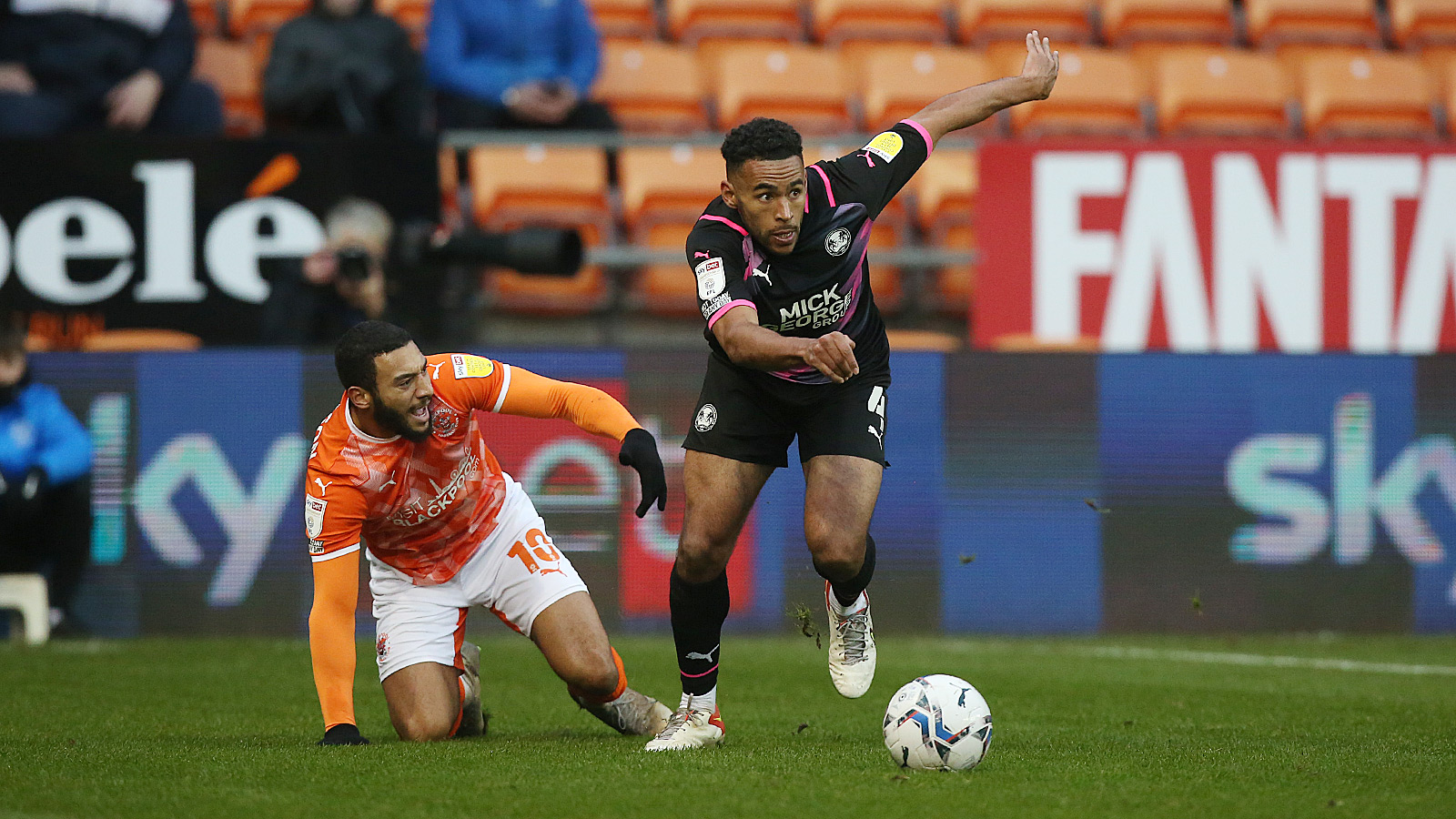 After a quiet opening to the game, which Posh looked composed in possession in, the game burst into life on 10 minutes as a superb pass from Josh Knight sent Siriki DEMBELE through on goal, he remained composed, rounded the keeper and from a tight angle, fired into the back of the net to give Darren Ferguson’s men the lead.

The experienced Gary Madine headed a corner kick wide of the target less than two minutes later after Grant had headed an earlier Madine header behind. Jonson Clarke-Harris fired over from 30-yards after Posh won possession in the midfield.

The home side levelled the scores on 25 minutes as a low cross into the six-yard box was tapped home by Keshi ANDERSON. The goal was at the end of a sustained spell of pressure from the Seasiders who had responded well to going behind.

Taylor fired wide with a snap-shot on 33 minutes after Grant did well to read a kick out from Grimshaw. The second half took a while to get going with several stoppages due to injuries, including to left-back Tomlinson who was clattered following an aerial challenge.

Cornell was well placed to claim a Madine header on 58 minutes after a driven corner picked out the experienced front man. Burrows saw a shot blocked as Posh put a bit of sustained pressure together, but goalkeeper Grimshaw was not being tested.

The home side made a double change on 71 minutes with Lavery and Madine replaced by Yates and Carey. Darren Ferguson replied with a change of his own as Kwame Poku replaced Jorge Grant. Yates fired over from close-range moments later after a left-wing centre picked him out on the penalty spot.

The home side got their second goal on 85 minutes as a deflected pass dissected the Posh defence and the ball was squared for substitute CAREY who found the bottom corner. In stoppage time, YATES made it 3-1 as he tapped home from close-range. Taylor was somehow kept out by a fine fingertip save by Grimshaw deep into that stoppage time.