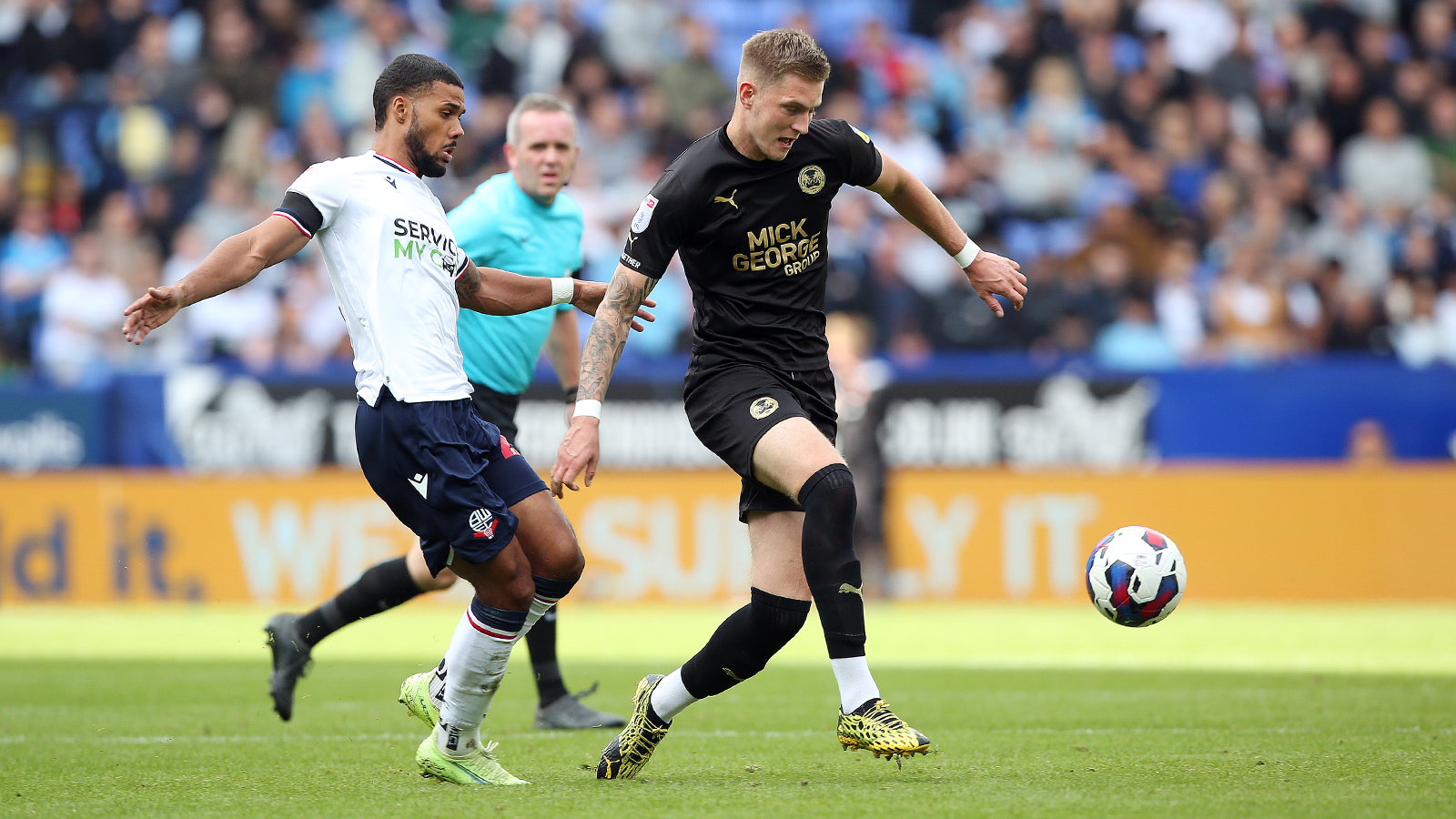 A deflected strike from a substitute condemned Posh to a 1-0 defeat at Bolton Wanderers.

Peterborough United’s luck continued to desert them as a late strike from substitute Dapo Afolayan took a huge deflection to find the back of the net and give hosts Bolton Wanderers a 1-0 victory in League One action.

It was a bright start from Grant McCann’s men, forcing early corners in succession and causing one or two problems particularly down the left-hand side with Ricky-Jade Jones heavily involved. Posh were continuing to play the better stuff as the 20 minute was reached, with a low cross from Nathan Thompson taken off the toe of namesake Ben just as he was about to strike at goal from 12-yards.

Midfielder Jeando Fuchs was cautioned for a foul on Kyle Dempsey on 24 minutes as the home side tried to launch a counter attack after being penned back for a sustained period of time by Posh. Jack Iredale was booked for a late foul on Nathan Thompson just in front of the dugouts as things began to get tetchy as the half entered its final 10 minutes.

Ben Thompson lashed a shot wide of the target from 25-yards after a neat turn on 37 minutes after a quickly taken free-kick from Posh caught the visitors napping. On 40 minutes, the hosts carved out their first chance of the game as a clever pass sent Conor Bradley into space, but from an acute angle, he lifted his shot over the crossbar.

On the stroke of half-time, Jones struck the post with a long-range header before Johnston and Knight were both cautioned, the latter for absolutely no apparent reason at all. Bergström produced a stunning stop to keep out Iredale two minutes into the second half as the hosts took advantage of a numerical advantage with Nathan Thompson down on his haunches.

Dion Charles was superbly denied by Bergström on 52 minutes as the hosts countered at pace following a cleared corner from Posh. McCann made a double change on the hour mark with Ephron Mason-Clark and Joe Ward replaces Jones and Poku.

On 86 minutes, the hosts opened the scoring as a shot from AFOLAYAN took a huge deflection and looped into the other corner.