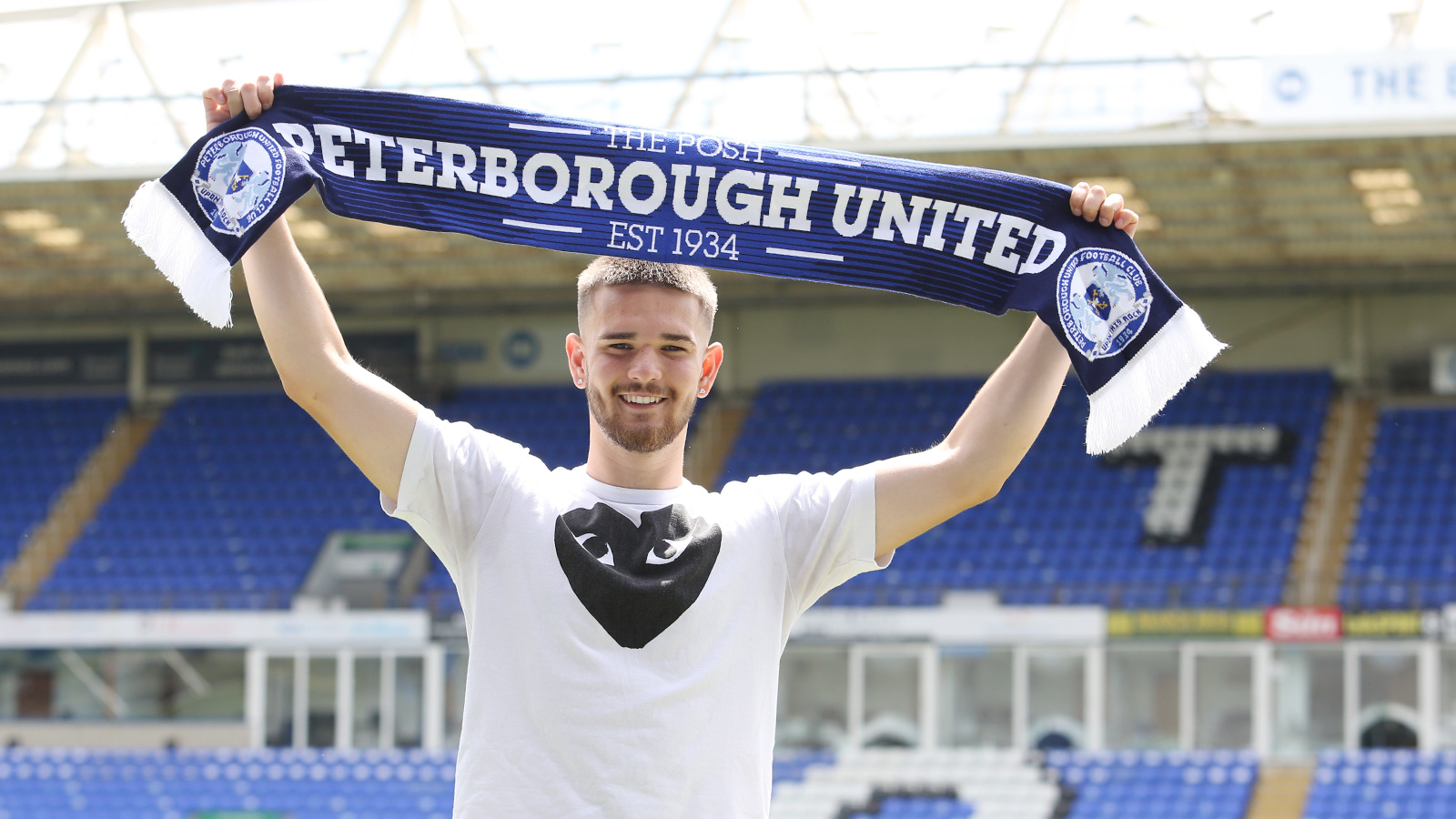 Versatile youngster agrees contract and links up with the Posh under 23 group.

Peterborough United have strengthened their defensive options within the under 23 group with the signing of MacKenzie Lamb on a two-year deal with the former West Bromwich Albion man completing the paperwork at the idverde Training Ground.

Lamb, who is a Scotland under 16 international, featured in a number of games towards the back end of the 2021-2022 campaign during a trial period and jumped at the chance to put pen to paper at Posh after conversations with his friends and family.

“I really enjoyed my time here at the end of last season, it was a welcoming environment and when the club called me about signing, it was something that I wanted to do. I enjoyed my time at West Bromwich Albion, but I felt it was the right time to make the next step and I am really happy to be here.

“There is an obvious pathway here, a clear opportunity to play regular football at under 23 level, but for me I want to push on from there and challenge the first team group. This club have always given opportunities to young players and players like Ronnie Edwards, who featured in so many games in the Championship last season, is a really good example and someone to look up too.

“I am really happy to get everything done before pre-season and I can go in and settle straight away and get started. I have played the majority of my career as a defender, but I have played the last couple of years in midfield and really enjoyed that. Versatility can be important, the modern day player needs to be comfortable with the ball at his feet,” Lamb said.

Academy Manager Kieran Scarff said: “I am very pleased to have MacKenzie on board. He has been with West Brom for a long time and we were fortunate to have him with us for a period of time last year and he featured in a small number of games within the under 23s and did well and really impressed us.

“He is a centre back who defends well, reads the game well and composed in possession, which we like, and I can also see him playing in midfield too. He is someone that we feel has a lot of potential, someone that we want to work with for the next couple of years and see where his development takes him. He is a lovely lad, great character and a lot of attributes we look for in young players.”

The club will publish a list of under 23 pre-season friendlies shortly.