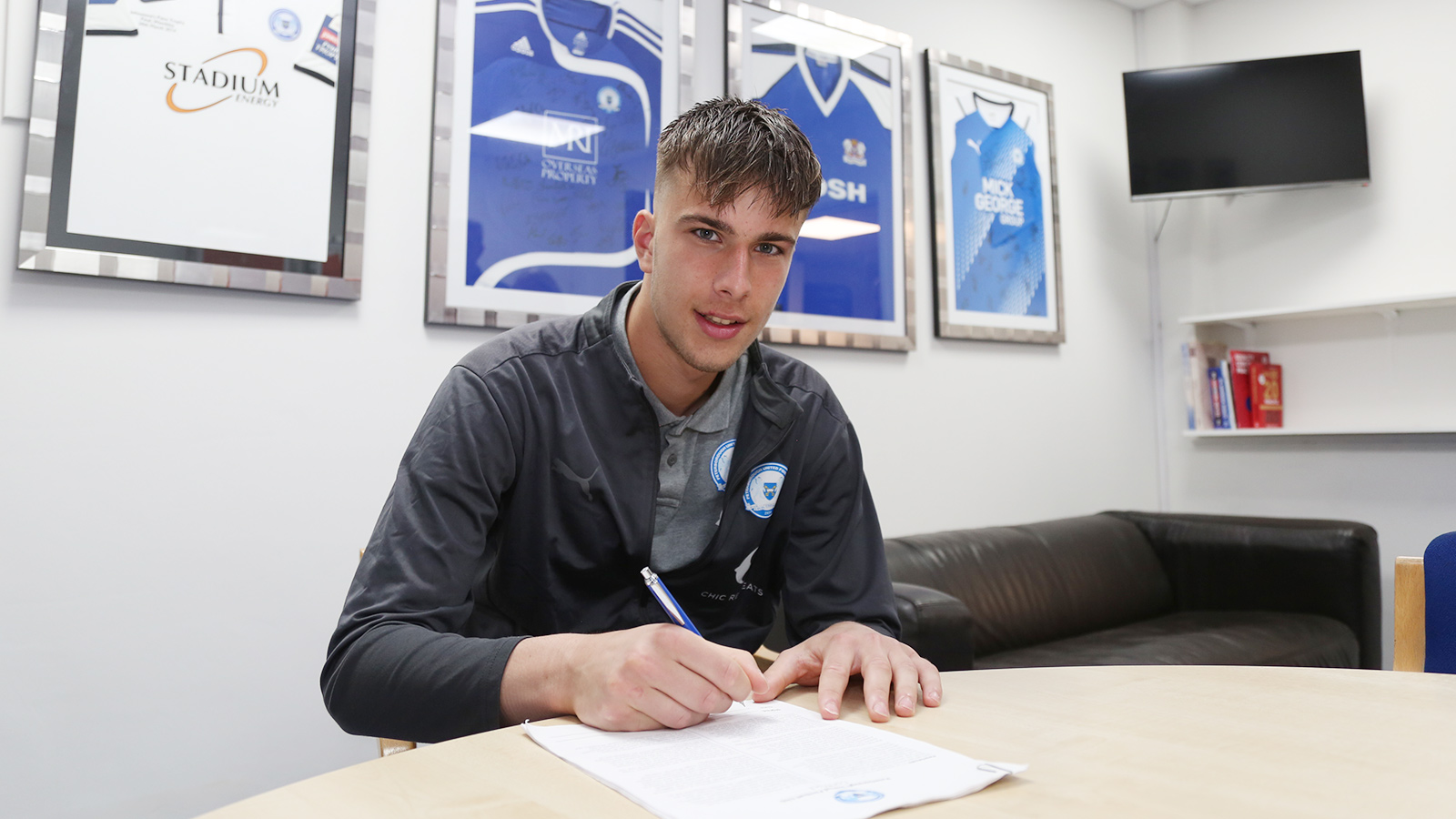 Peterborough United are pleased to announce that young goalkeeper Will Lakin has put pen to paper on a one-year professional development contract and will compete for the number one jersey within the under 23 set-up next season.

Lakin, who has featured for Matthew Etherington’s men this term, joined Posh in 2016 and enjoyed a loan spell with Yaxley, which he credits as a big moment as he got the taste of men’s football at an early age.

“I am really pleased. I can’t wait to get started next season. I have played lots of games this season at various different levels, I feel that I have learned a lot and developed and that day-to-day training with the first team has been hugely beneficial.

“Working with Mark Tyler and the other goalkeepers has been great, they have all helped me massively and they have aided my game. I always like to watch them closely in training, pick up different things to add to my game and I am always looking to improve.

“On the final day of the season it was unbelievable to be on the bench for the first team and I really enjoyed that experience. I had my family and friends there to watch and I am looking forward to working hard this summer and coming back raring to go for pre-season,” Lakin said.

Academy manager Kieran Scarff explained the reasons behind the contract offer for the shot-stopper. “Will has been in the programme since under 13s, a good number of years now and he has always shown potential. He has had a strong year this year, he has shown some real resilience coming back from a serious knee injury, which he got just after we offered him a scholarship.

“He has shown a lot of dedication to his work and this year he has benefitted enormously from a loan spell at Yaxley, so a big thank you to Andy Furnell and everyone at the club for giving him an opportunity and looking after him and providing that exposure to senior men’s football because it has really helped kick him on.

“It was an important part of his development, it has given him confidence and that day to day training with the senior goalkeepers and Mark Tyler has really helped him too. The intensity the coaches work at has really pushed him, he has accepted that challenge and full credit to everyone involved in his development.”