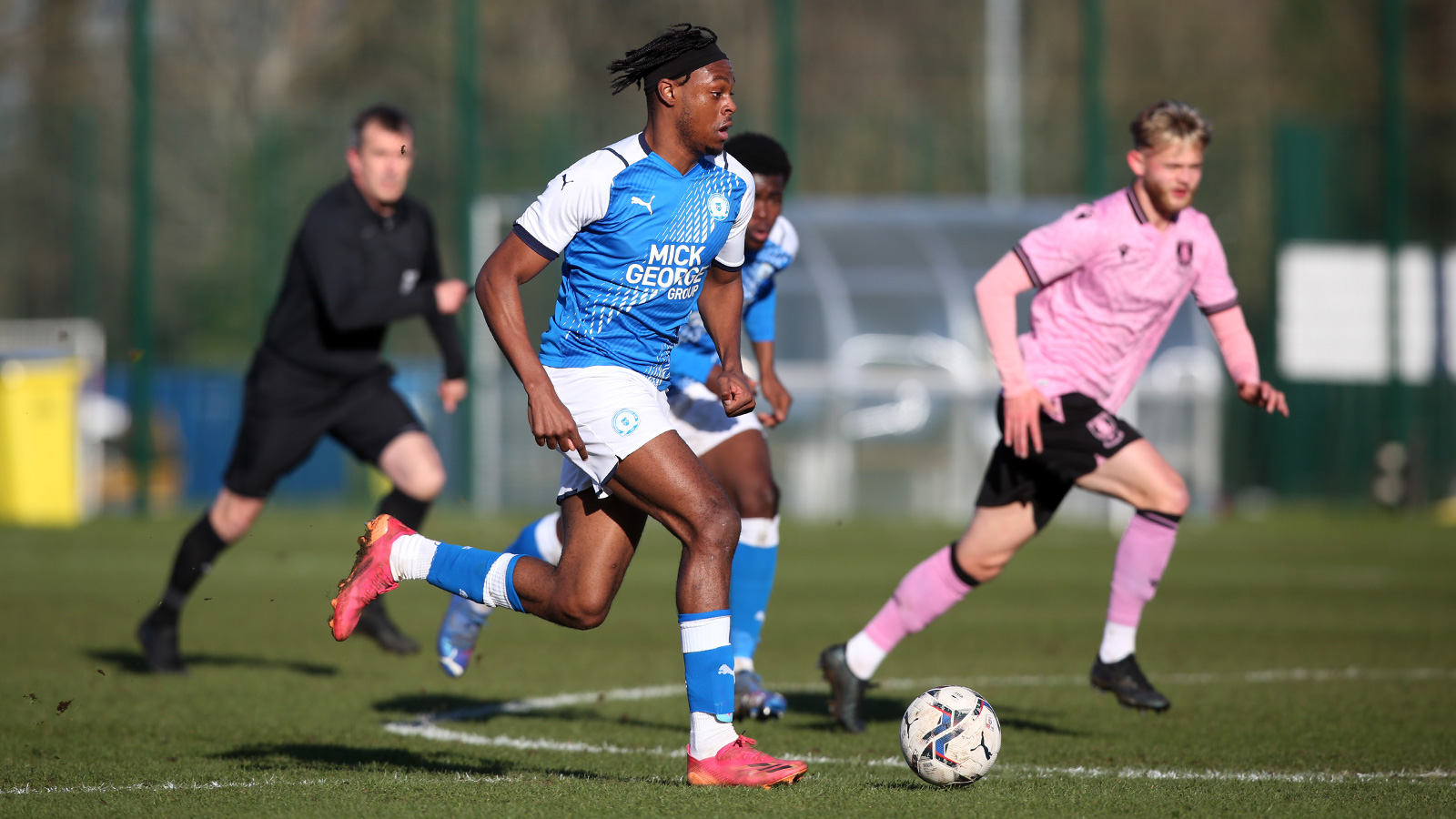 Jones On Target As Under 23s Beat Owls

Ricky-Jade Jones was on the scoresheet as the under 23s beat Sheffield Wednesday.

The Peterborough United under 23s recorded a 2-0 victory over Sheffield Wednesday under 23s at the idverde Training Ground on Wednesday lunchtime with striker Ricky-Jade Jones, who is continuing his comeback from a long-term injury lay-off, netting the opener.

Jones was in the right place at the right time to tap home from close-range after excellent work from Benjamin Mensah with Posh adding a second just ahead of the full-time whistle as substitute Johnson Gyamfi swept home after Joe Ward’s low centre caused problems for the Owls back-line.

The visitors had a number of efforts on goal in the contest but goalkeeper Will Blackmore was not called into any serious work with most of the shots going wide or over the top. Meanwhile, at the other end, Ward floated a free-kick over the crossbar and substitute Andrew Oluwabori saw an effort saved.

Poku flashed a long-range curler just past the post while the same player saw an effort cleared off the line after the pace of Jones had caused problems. Jones and Mensah completed an hour as they continue to get minutes under their belts.

Defender Emmanuel Fernandez and midfielder Ethan Bojang were both cautioned in a competitive contest with the under 23s next in action against Burnley on Monday.