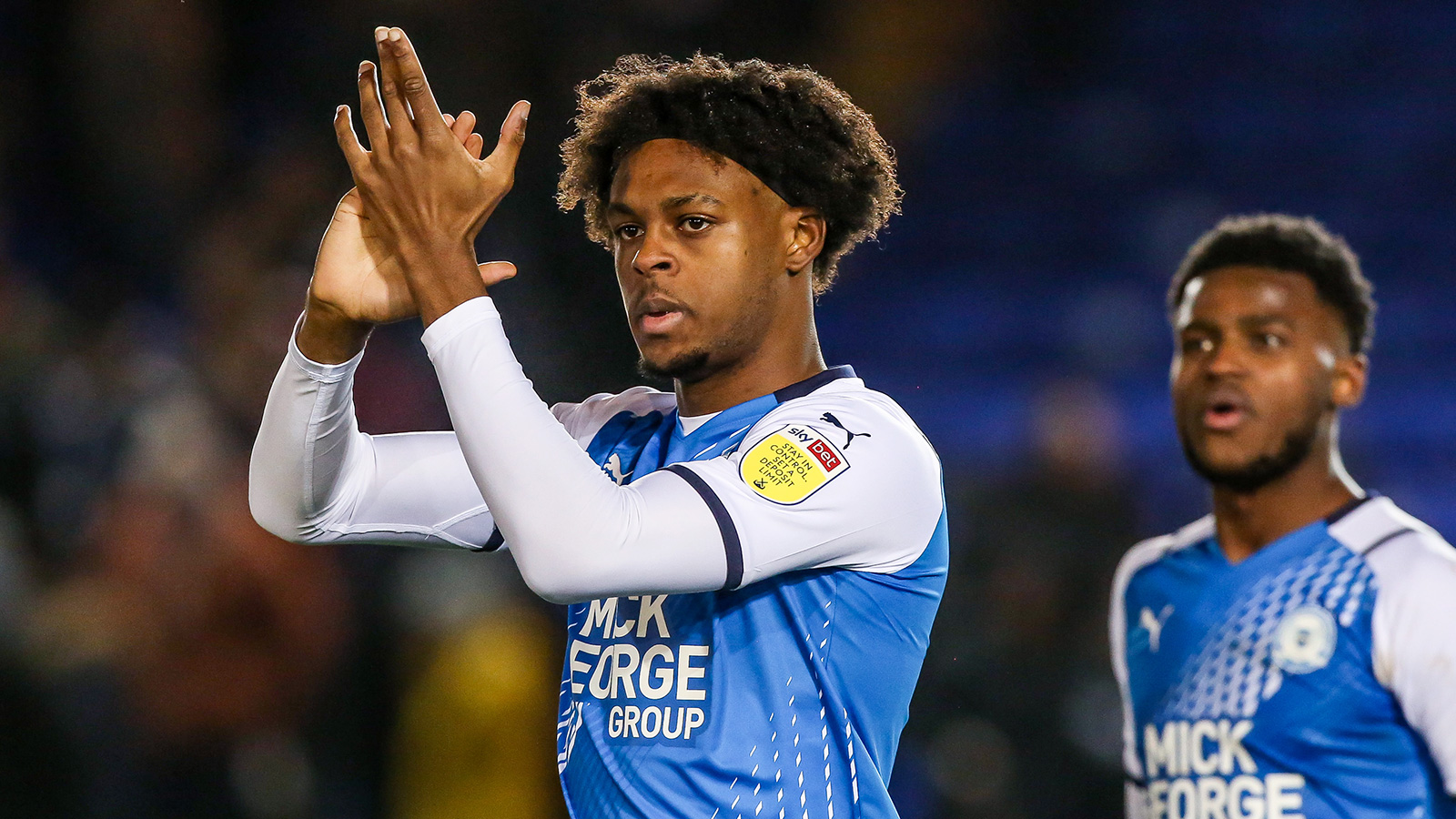 Jones Could Feature For Under 23s At St. George’s Park

Ricky-Jade Jones could get run out for under 23s on Tuesday afternoon.

Striker Ricky-Jade Jones could feature for the Peterborough United under 23s on Tuesday afternoon as they face Wigan Athletic in a league fixture at St. George’s Park (1.30pm) with a number of other players needing match fitness set to get a game under their belts.

Jones came on as a late substitute in the Emirates FA Cup third round victory over Bristol Rovers at the Weston Homes Stadium on Saturday, his first appearance following a long-term injury lay-off and is in line for more minutes against the Latics.

Kai Corbett and Joe Taylor are also set to feature, while Mark Beevers is expected to get minutes under his belt after not featuring in the squad on Saturday. Kwame Poku will not be involved after testing positive for Covid-19 on Friday while Idris Kanu is away with Sierra Leone at the AFCON with his first fixture on Tuesday afternoon too.

The game against Wigan is a ‘home’ fixture for Posh but has been moved to St. George’s Park where the ‘away’ fixture in a couple of weeks will also take place.