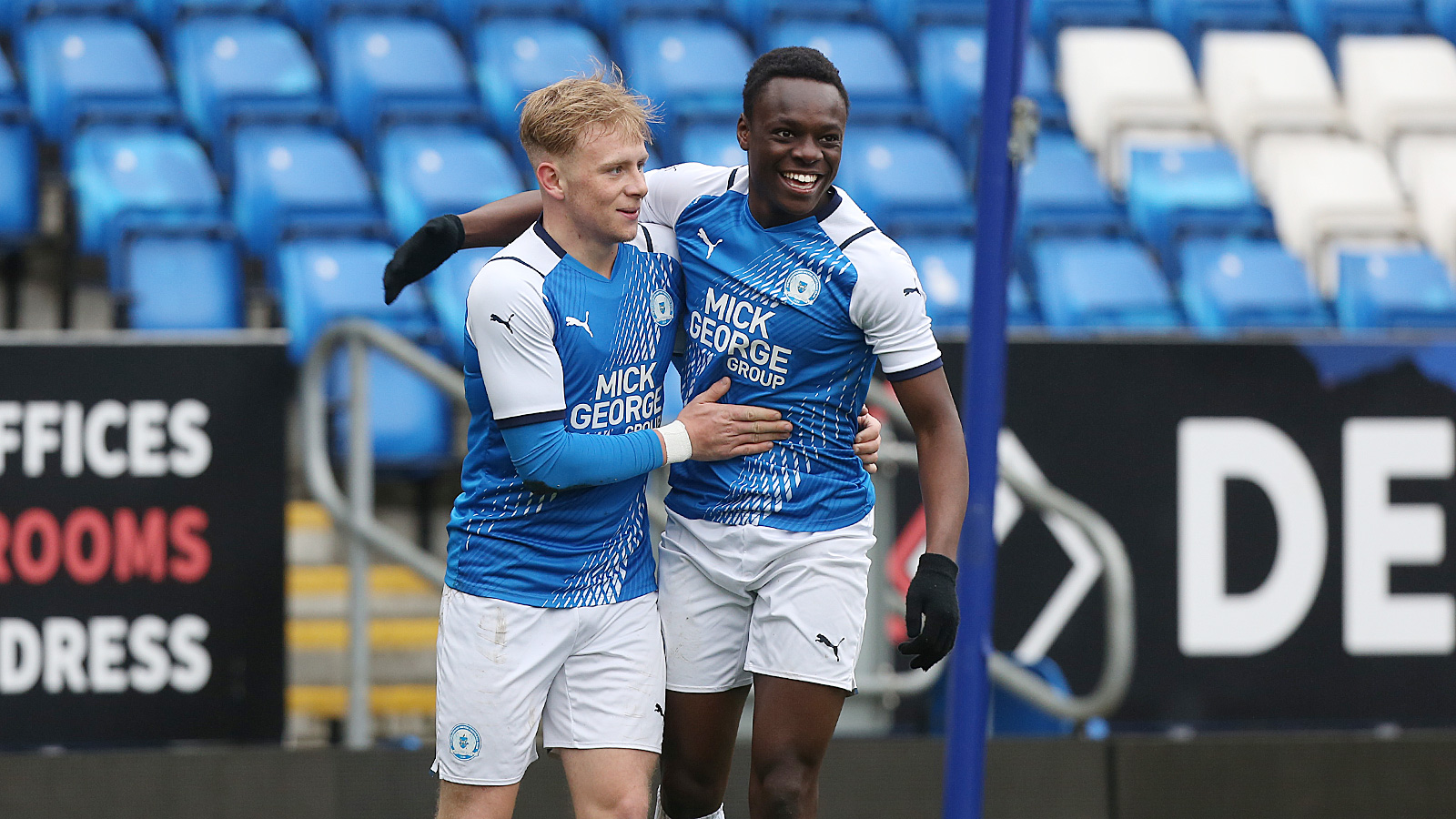 Joe Taylor netted a hat-trick as the under 23s progressed into last eight of Premier League Cup.

The Peterborough United under 23s progressed to the last eight of the Premier League Cup after an emphatic 6-2 victory over Charlton Athletic at the Weston Homes Stadium on Friday afternoon.

Joe Taylor maintained his excellent goalscoring form for under 23s since his arrival from Kings Lynn as he netted an hat-trick, while Jack Taylor, who played a pre-scheduled 45 minutes as he returns from injury, found the back of the net alongside Luke Harris and Kellan Hickinson.

The visitors opened the scoring in the game on five minutes when Jeremy Santos cross from left-hand side was headed home by Daniel Kanu from close-range. Posh responded quickly and brought the game level as brilliant work by Joe Taylor to win the ball back, he raced into the box and played it across to Jack Taylor to tap home from close-range.

Joe Taylor saw his effort quickly smothered by the on-rushing Nathan Harvey after a quick counter-attack from Posh. The forward then had another close-range shot saved by the feet of the Charlton Athletic keeper.

However, Joe Taylor handed Posh the lead on 20 minutes after Reece Brown was picked out on the left, the keeper came out to close down the midfielder, but Brown found Joe Taylor racing the middle who slotted the ball into the empty net.

Then, in a matter of minutes, Joe Taylor grabbed his second of the game after Andrew Oluwabori, who replaced Benjamin Mensah in the early stages of the first half, played in Taylor and he lofted it over the keeper.

Posh were inches away from extending their advantage five minutes after the re-start, Taylor broke free on the right-hand side, tried to find the Oluwabori free inside the box but his low cross pushed away by the keeper. William Lakin was called into action with a superb reaction save to tip over a deflected effort from outside the box.

The visitors were down to 10 men after Nazir Bakrin was shown a straight red for denying a goalscoring opportunity. That seemed to rejuvenate Charlton Athletic as Kanu netted home his second of the game to cut the deficit for Charlton Athletic.

Despite a late surge of pressure from the visitors, Posh capitalised on the extra man as Joe Taylor sealed his hat-trick, with another splendid dink over the on-rushing keeper after Oluwabori set the forward on his way.

Luke Harris netted Posh fifth goal of the afternoon as he coolly converted from close-range after a superb cross by Oluwabori picked out the midfielder at the back-post. Joe Taylor turned provider in the closing seconds of the match, his pass found Kellan Hickinson bursting through the middle and he fired past the keeper to seal a terrific performance from the under 23s in the Premier League Cup.