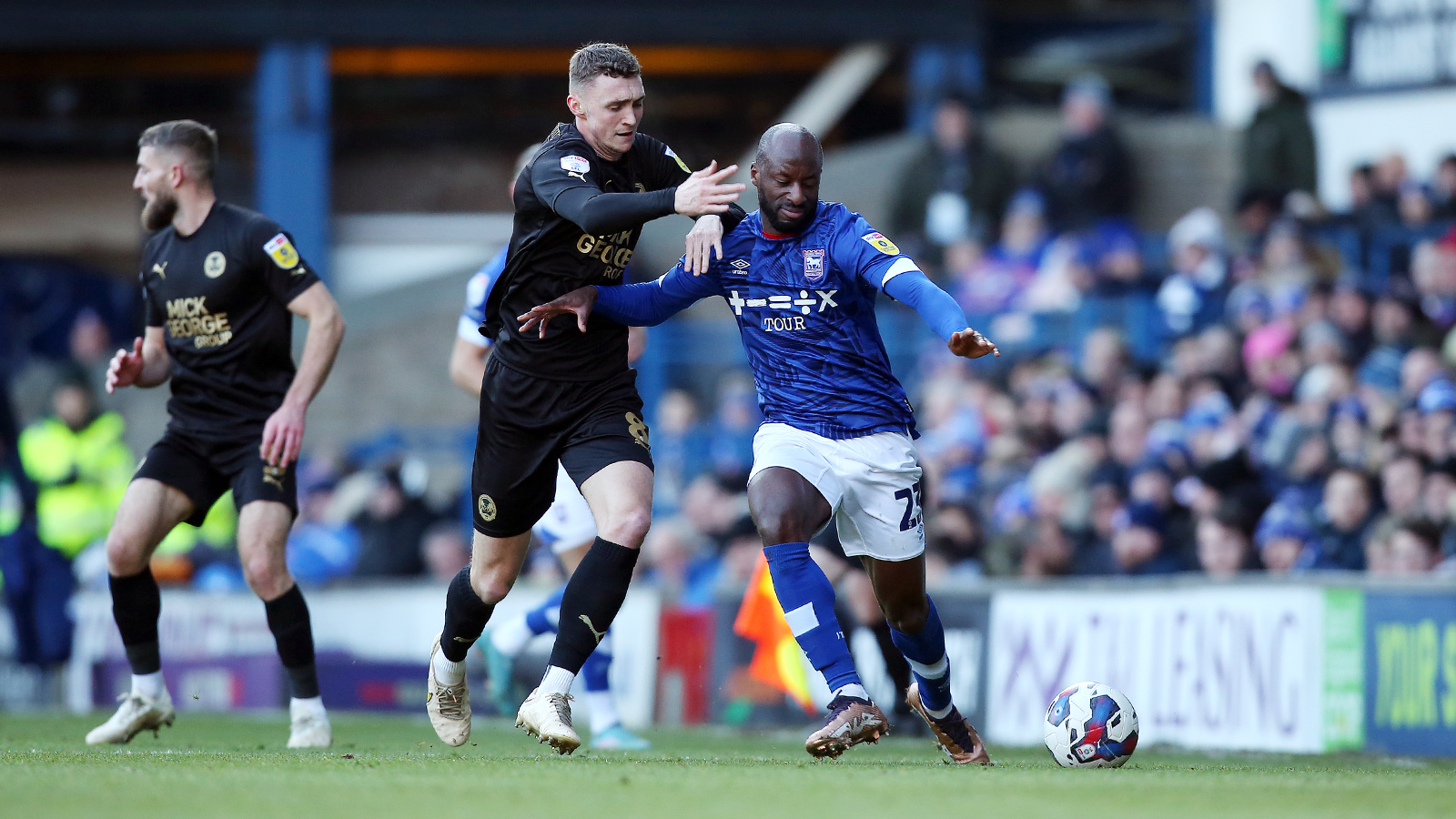 Ipswich Town moved back to the top of the table at lunchtime following a 2-1 win over a much-improved Posh.

Peterborough United can leave Portman Road encouraged by a much-improved display, but the Tractor Boys showed why they are the favourites for the Sky Bet League One title as they scored a second half winner through Connor Chaplin, his second of the game, to secure a 2-1 victory.

After a quiet start, the hosts were forced into a change as Donacien limped out of the action to be replaced by Kane Vincent-Young down the Tractor Boys’ right. The home side got themselves in front on 18 minutes as a clipped cross from Sam Morsy was headed into the back of the net via the inside of the post by Conor CHAPLIN.

Grant McCann’s men were so close to a leveller on 26 minutes as skipper Jonson Clarke-Harris smacked a free-kick from 30-yards against the top of the crossbar. Posh levelled the scores just on the half hour mark as a well-worked corner kick routine saw Poku deliver a superb cross for Frankie KENT to power home at the back post.

Morsy fired wide from 30-yards for the home side on 34 minutes after a patient build-up from Kieran McKenna’s men. Bergström caught an effort from Morsy at the second attempt three minutes before the interval after good work down the right by Burns.

Walton shovelled a header from Clarke-Harris to safety on 53 minutes after a clipped cross from Poku to the back post. Chaplin fired over from a low Town corner kick at the other end with Posh appealing for a free-kick in the box after some pushing and shoving.

The home side got themselves back in front on 57 minutes as a corner kick fell at the feet of CHAPLIN and he lashed a shot into the roof of the net. Vincent-Young and Morsy were both booked for fouls as the game moved into the final third with Posh ready to make changes.

It was a triple change deployed with Harrison Burrows, Jeando Fuchs and Ephron Mason-Clasrk introduced into the fray. Jackson was booked for a late foul on Kent moments after the triple substitution.

Ronnie Edwards glanced a header from a Poku free-kick wide of the target on 70 minutes with Walton scrambling. Clarke-Harris nodded a Ward centre straight at Walton a few minutes later as Posh continued to find joy in wide areas.

Ipswich made a double change with 15 to play as Freddie Ladapo and Kyle Edwards came into the action.