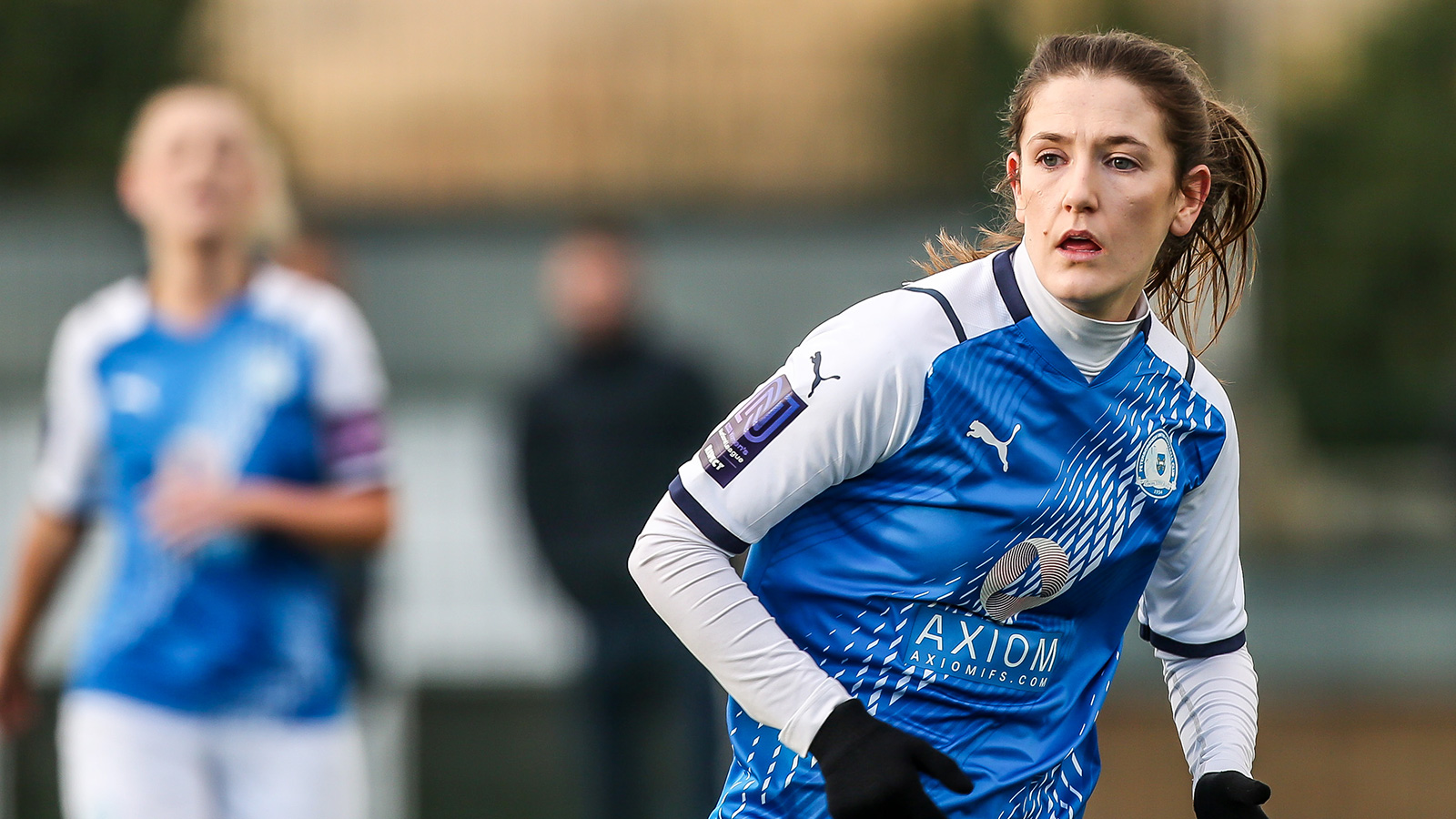 Midfielder Hannah Hipwell keen to replicate the success from winning the competition in 2019 as Posh Women look to reach the final of Northants County Cup.

The Peterborough United Women face a trip to AFC Rushden & Diamonds Women Whites in the Semi-Final of the Northants County Cup on Sunday afternoon (2pm) as Posh look to progress to the final for a second consecutive season.

Hipwell was part of the squad that won the Northants County Cup in 2019 after beating Kettering Town on penalties following a stalemate in the 90 minutes. However, due to the covid-19 pandemic forcing the competition to be cancelled last season, Posh remain the current holders of the County Cup and the midfielder wants to repeat that success once again with this current group of players.

“Cup games always have a different feel to them because of the knockout aspect and you never know what to expect, so I'm looking forward to getting out there on Sunday. It would be great to retain the trophy from 2019, which I played in, and it would be brilliant to do it again with the team we've got now.”

Dan Lawlor’s side have breezed past Netherton United Development Team, Northampton Town Development and Roade LFC in the previous rounds to reach the final four of the competition. But, despite Posh being one of the highest-ranked side in the competition, the midfielder and her team-mates won’t underestimate any opponent they face.

“We go into every game with the same attitude, no matter who we are playing, and not get complacent. You don't know what team is going to turn up and often when you are the underdogs teams come out and fight that bit more. So, I think it’s important we all go into Sunday like we do for a league game.”

The tie against AFC Rushden & Diamonds will mark the start of a busy week for The Posh Women, with a trip to promotion hopefuls Lincoln City on Thursday night before welcoming Leafield Athletic to idverde training ground the following Sunday.

After the defeat to Boldmere St Micahels last weekend, Hipwell believes Sunday is a good opportunity to re-build that momentum to take into the two FA Women’s National League games this week.

“It's a good chance to reset and have a break from the league and hopefully return to the next league game on a high. We've got a big week next week with a mid-week fixture added in and we're looking to put the wrongs right from last time we played Lincoln City and prove how much we've progressed as a team. A win on Sunday will only raise spirits for us to kick on with the next game."