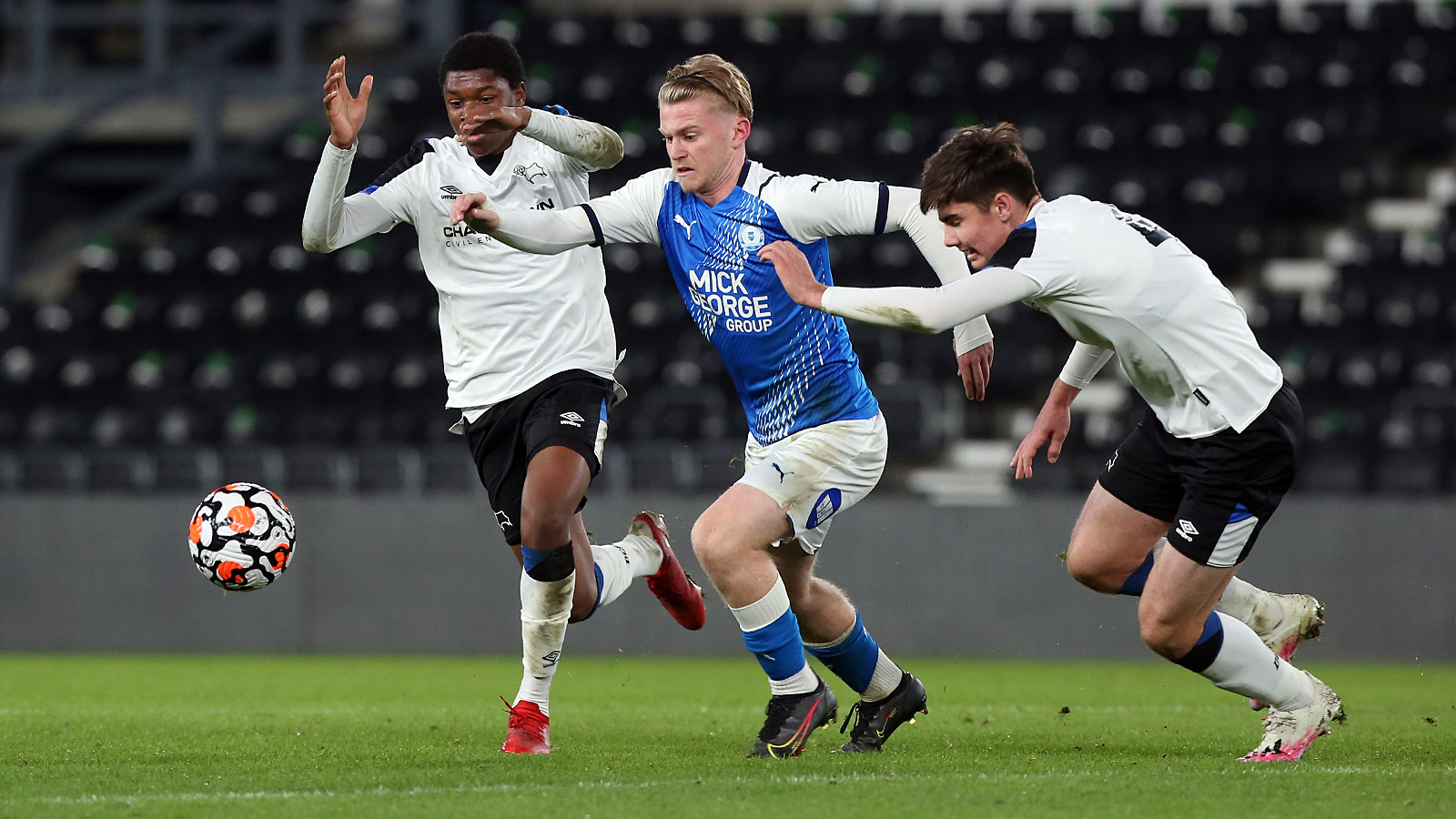 The Peterborough United under 18s are into round four of the FA Youth Cup after a superb display at Pride Park against Category One side Derby County with Kellan Hickinson, fresh from signing a professional contract, netting the winner just before the break.

It was no more than Jamal Campbell-Ryce’s men deserved as they caused problems all night, particularly through the hard-working front two of Lewis Darlington and Gabe Overton who never let the Rams defence have a moment’s piece.

The goal that separated the sides came on 41 minutes as HICKINSON tapped home after Darlington’s effort was spilled by the Rams goalkeeper. In truth, it could have been more before the break as Overton was superbly denied by Alfie Roberts as the half entered stoppage time.

Derby tested goalkeeper Will Lakin from range, but aside from a header that hit the post through Adebayo Fapetu, Posh were comfortable throughout the 90 minutes. There were 10 bookings in the 90 minutes with seven from the Rams who could have been reduced to 10-men had the official given a red card to Roberts when he dashed from his line and caught Overton.

Will Van Lier, who put in a tireless performance at the heart of the midfield, saw a free-kick drift over the crossbar while Hickinson saw a shot blocked after more intelligent work from Overton, who gave up a promising tennis career to develop with the ball at his feet.

The fourth round draw is set to be finalised next week.