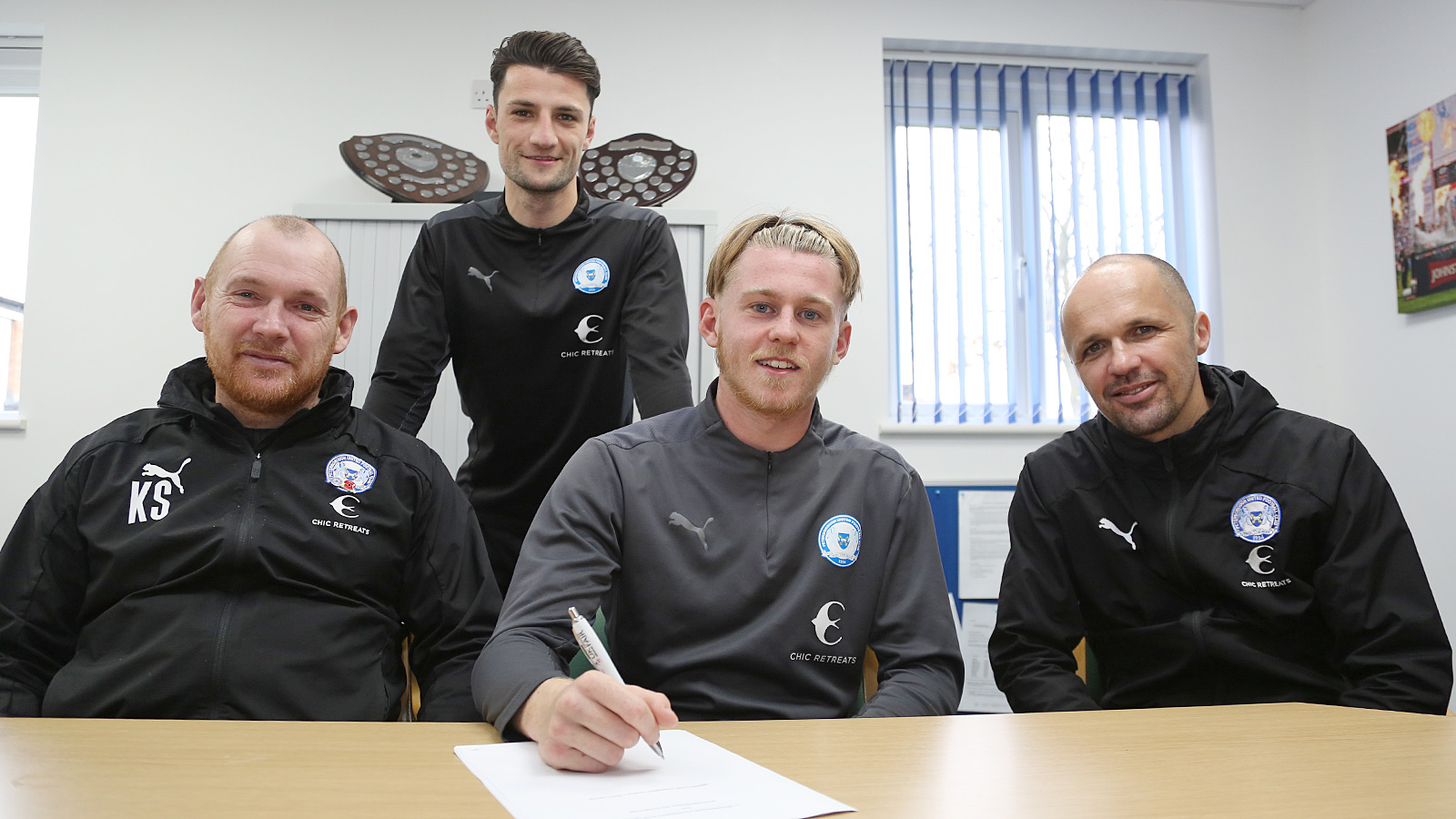 Peterborough United are pleased to announce that young attacking midfielder Kellan Hickinson has put pen to paper on a two-year professional contract, completing the formalities at the idverde Training Ground on Friday morning.

Hickinson admitted it was a proud moment to sign the contract after progressing through the club’s Academy set-up from the start. The teenager, who plays predominantly as a number 10, has been a regular in the under 18s group and taken under 23 football in his stride.

“I am really pleased,” Hickinson said. “It is a proud moment for me and my family. When I told my Mum she got a little bit emotional. I have been here a long time, coming through each age group and to be here now signing a professional contract is amazing. It doesn’t feel 10 years since I joined, the time has flown by.

“It has been brilliant to learn from some great coaches throughout my time so far. Matthew Etherington, Simon Davies and Jamal Campbell-Ryce have played at the highest level, so to spend time with them on the training pitch is only going to benefit me.

“I like to think that I thrive under pressure, so playing as a number 10, I want to get on the ball and make things happen. I know in that particular position on the pitch you are judged on how many goals and assists that you are involved in and that is my target this season, to continue to contribute and hopefully play regular football in the under 23s.”

Academy Manager Kieran Scarff said: “Kellan has very much earned his contract. He has been with us since under 9s. Kellan has always had loads of ability, he is starting to show maturity and consistency in his performances and not just on match days, every day he is doing things right and that is making an impact on his displays.

“At under 18 level, he has been the best player on the pitch on so many occasions and we are excited by the progress he is making. As always, there is always improvement, but we feel he has a good future providing he maintains those standards,” Scarff said.