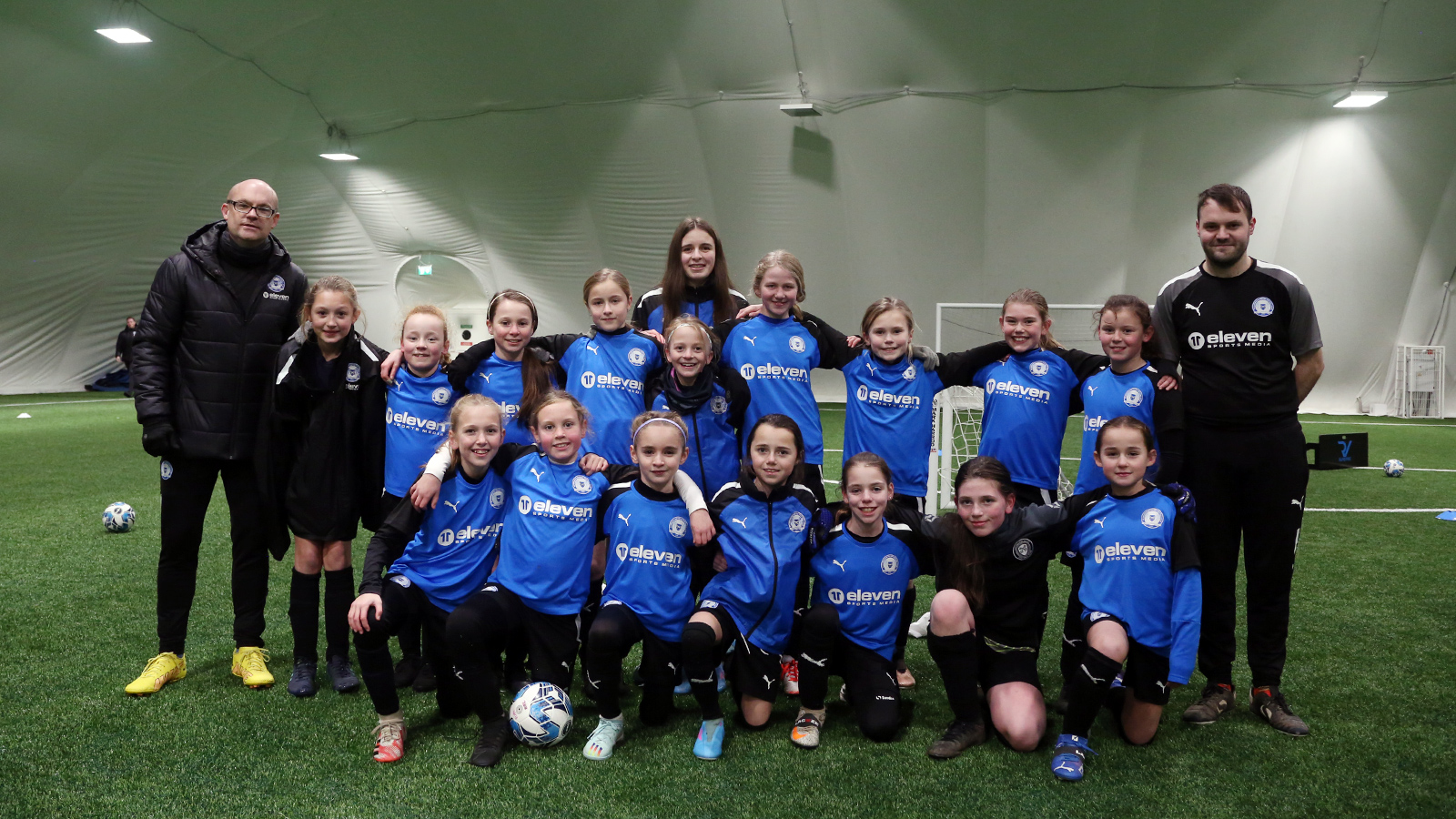 Peterborough United Women first team player Nicole Hendrick spent Friday evening at the Girls Emerging Talent Centre to speak to the next generation of female footballers at the football club.

The midfielder took part in a Q&A session with all age groups, from under 10s to under 16s, spending time in the Dome to watch their training sessions before signing autographs and posing for photos with the energetic players.

The football club received a three-year FA ETC licence back in July and officially opened in September, allowing the club's dual age groups, including U10, U12, U14, and U16, to feed directly into the Posh Women Development Squad and First Team.

And despite it only being open for just under five months, three ETC players have now played for Development Squad, and Hendrick was full of praise with the set-up available to these next generation of Posh Women stars.

“It’s really good to see so many girls down here, training at a high quality, but more importantly, having fun,” Hendrick said. “Comparing it to when I first started, there are plenty more young girls playing and the quality is so much higher, it’s brilliant to see the level has increased in such a short space of time.

“More time is being given to women’s football to help younger girls progress through the stages and get into the first team, the difference of coaching, better facilities and equipment, and it’s excellent that we can see that at our football club has been at the forefront of that over the last few months.”

ETC Manager, Chloe Brown, said: "It is immensely important to have a pathway where first-team players can come and inspire the next generation of Peterborough United Women. Thanks so much to Nicole for coming down and giving the girls and insight into what it's like to play for the first team.

“We already had enormous success in just the five months since the ETC began, with a number of our under 16s already featuring for the Development Squad this season and one player training with the first team. So, it was immensely important to have Nicole down and reinforce that message to all age groups that there’s a clear pathway and they just have to work hard to achieve that."