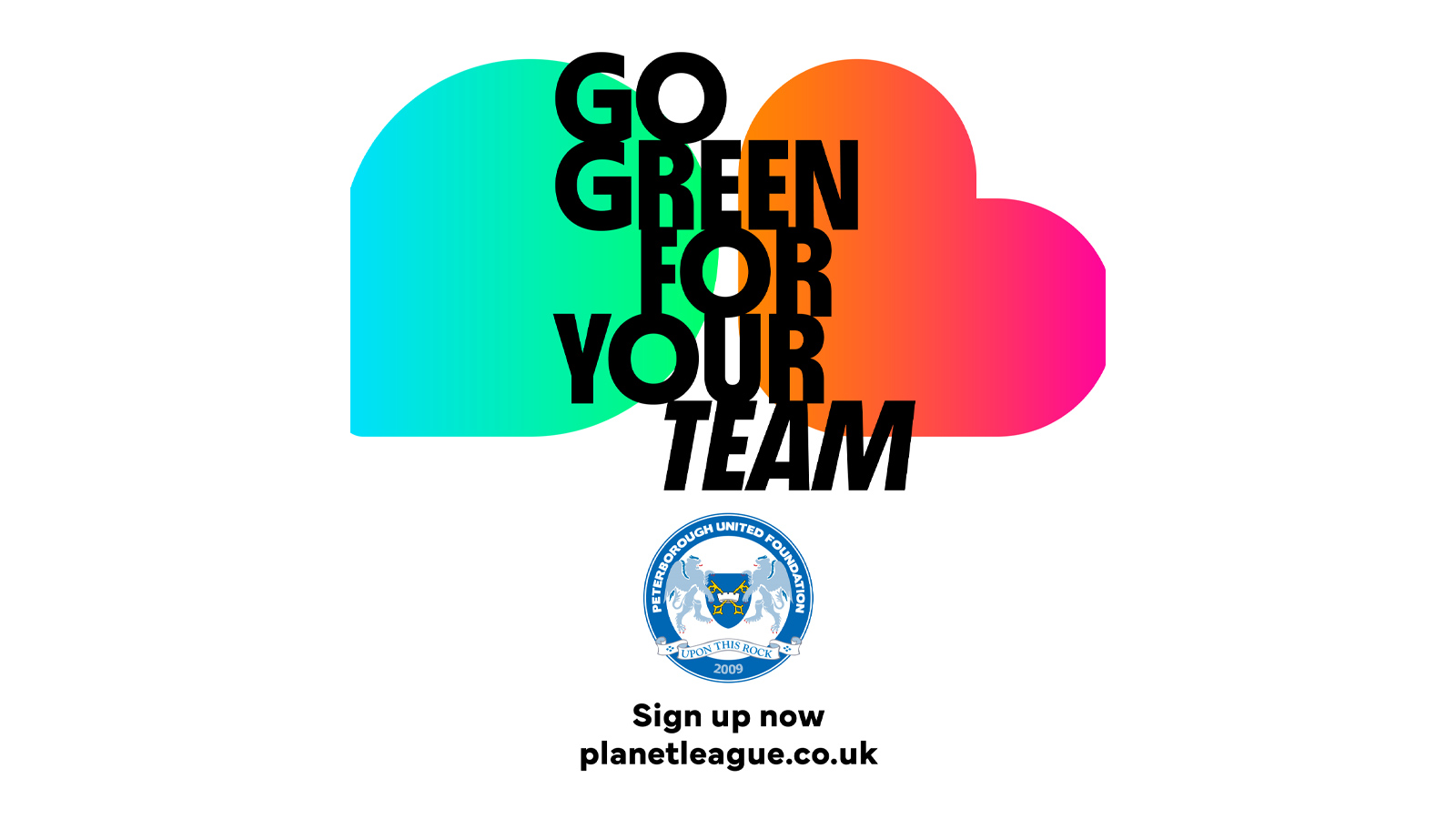 As part of the ongoing support and partnership between the Peterborough United Foundation and Planet League, we want to bring your attention to an exciting (and free) national tournament opportunity, which sees football fans (and football clubs) nationwide battle it out to be greenest in a virtual tournament – The Planet League Cup.

The Posh Foundation works in partnership with Planet League, who run sustainability tournaments which engage football fans and schools in taking personal climate change action through football. The Planet League Cup will kick off on 10th October, lasting for 5 weeks, and we would like every Posh fans support to help us win!

It’s very simple –everyone in the local community can score goals for the Peterborough United Foundation by making small changes to everyday activities which are good for the planet.

There is a national league table of clubs, and one for schools, and the more goals scored – the higher we (and you) will climb the league table.  Over 100 activities are available on the website that can lead to goals, and the platform also tells you the positive impact your activity has had on the planet.

"We have been supporting Planet League for just over 6 months and as part of the partnership we have been delivering sessions in local primary schools based around educating children on a wide range of topics linked to sustainability. We want to engage with all of the football clubs fans to support the Foundation in the 'Planet League Cup' to get as high up the league as possible, and potentially even win the trophy off of its current holders, Cambridge United!" added Brad Rayner, Premier League Primary Stars Co-Ordinator for the Peterborough United Foundation.

To see more information about the tournament or to sign up and compete for the Posh please visit https://planetleague.co.uk/