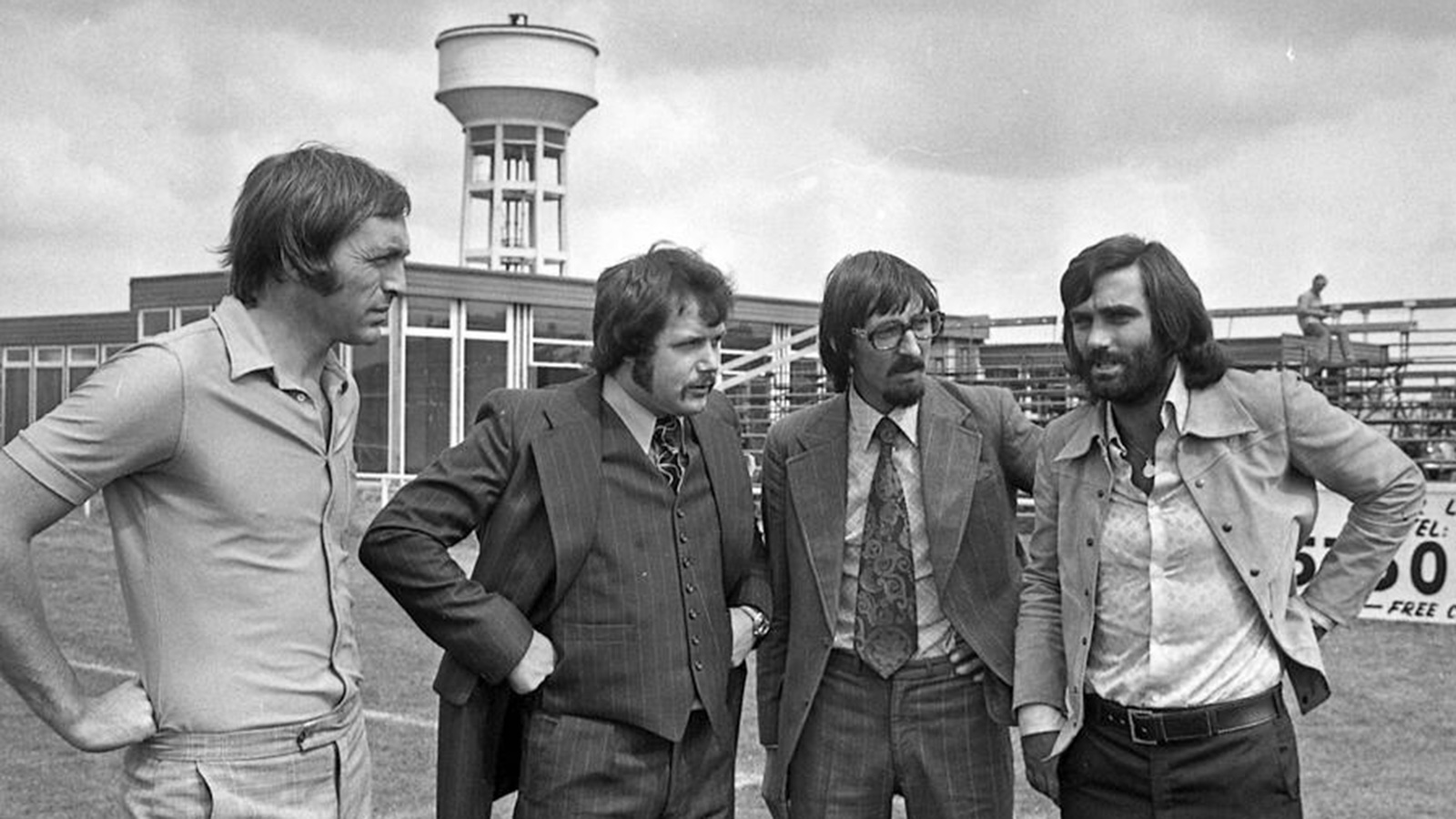 Director of Football Barry Fry pays tribute to former Baggies forward Jeff Astle ahead of 20-year anniversary of his passing.

Ahead of Peterborough United’s Sky Bet Championship fixture at the Hawthorns on Saturday, Director of Football Barry Fry has paid tribute to former Baggies front man Jeff Astle with the club marking the 20-year anniversary of his passing.

Nicknamed "the King" by the club's fans, he played 361 games for the Baggies and scored 174 goals. Jeff’s grandson, Joseph, will be Albion’s honorary mascot against the Posh, donning the blue-and-white stripes on the Hawthorns turf in tribute to his late grandfather.

“As it is the 20th anniversary of Jeff Astle’s passing, I feel I must say thanks a million to Jeff, the King, for starting my career. When I first went into Dunstable as player-manager in March 1974, we had finished bottom of the league for the 8th year on the trot and with crowds of just 34, 37 and 43 people, I created a bit of publicity that summer by getting George Best to come and play for us a couple of times and the first signing I made for the club was Jeff Astle.

“Jeff had recently retired at West Bromwich Albion, but as we were only part-time, he could do a tremendous job. He came down with his family, they were very passionate and committed and he is arguably the best signing I ever made because he helped me get promoted that year, scoring 34 goals, but it was his presence in and around the place that made the biggest impact.

“I made him Commercial Manager and he went around all the pubs and clubs in and around Bedfordshire. I went with him on occasion and to see him at ease with the punters was wonderful. Everybody wanted to talk to Jeff and he would give his time to anybody.  He was the King at the Albion, but he was a great man off the pitch.

“He also helped me recruit players from West Brom, Roger Minton, Stewart Woolgar, Bruce Collard to name a few and with the Best publicity we got, the team we were able to put together was a good one and we scored 105 goals in that promotion-winning campaign.

“In fact it was that year that West Brom gave Jeff a testimonial for his magnificent service and we had four coaches go to the Hawthorns and to see the Albion fans celebrate Jeff testimonial in a way that I have never seen anyone’s testimonial like it. They idolised him and they have had many great centre forwards through the year, but without doubt, Jeff was the King amongst them all.

“He was like a brother I never had to be honest. We were very close. When he sadly passed away, I went to his funeral and kept in touch with his Laraine, his wife, and his daughters and I must say that Jeff would be so proud of the family for their fight for justice because of the problems that he endured through heading the ball.

“The whole family, particularly Dawn, who promised her Dad that for as long as she lived she would fight the cause, have been wonderful, but despite her attempts with meetings after meetings with the FA and the PFA, nothing was getting done. The family wouldn’t have it and continued to fight I am so glad that at last, justice was done.

“It will be a very emotional day for me on Saturday to see his Grandson lead the teams out. Laraine and her family will be guests of West Bromwich Albion in a box of their own and they are always my guests when we face WBA at the Weston Homes Stadium. I have got so much to thank Jeff for because without him, I perhaps would not have had a career in management and somehow I lasted 32 years, which is a miracle in itself.”

Valérien Ismaël’s first-team squad will wear T-shirts featuring “The King” during their pre-match warm-up on Saturday. The white jerseys include the same photograph as the one unveiled by Jason Roberts after he scored against Walsall on the day after Astle’s death.

Picture caption: Jeff Astle is pictured (far left), Barry Fry is next to him with George Best far right.