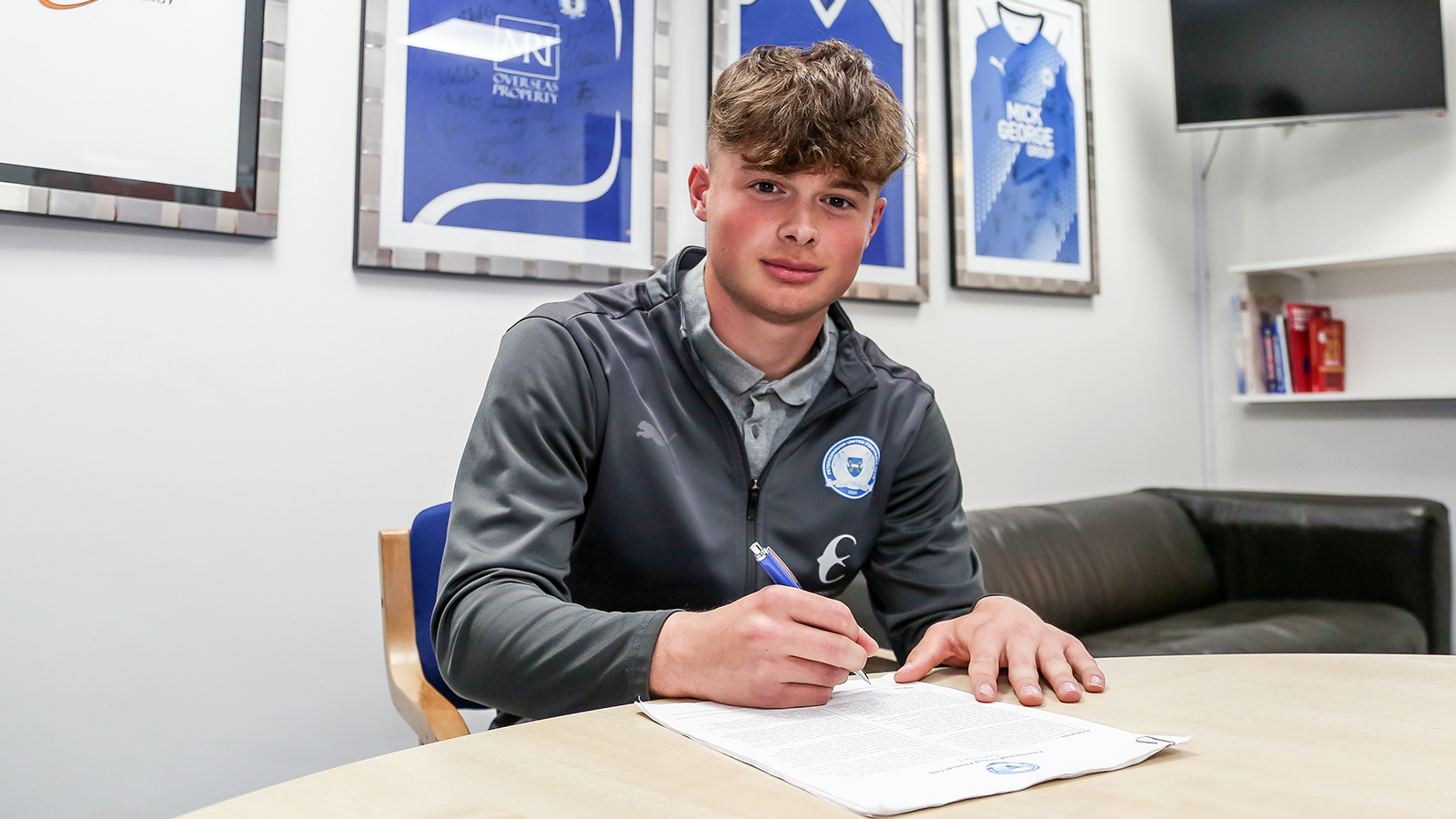 When he was growing up, Gabriel (Gabe) Overton was a tennis ace, but after making the decision to switch sports and focus on football, his determination to get the ball over the net has been replaced by hitting the back of it on a regular basis.

The teenager has now been handed a two-year professional contract after making a big impression within the Academy, he is keen to grasp the opportunity and make the most of a potential pathway through to the first team squad.

“It came as a surprise me when they told me, but it was a pleasant one. I think the club have been happy with my progress over the last couple of months and it is great for me that they see potential in me. I have really enjoyed every minute since I joined the Academy, playing at under 18s has been great and the step-up to the under 23s has been a really good experience.

“I think the last year has been a really good learning curve, learning to play with different strike partners and learning how and where to find space because not every defender you come up against is going to have the same attributes. I have to make sure I know how I can cause them problems without just relying on pace.

“When I was younger, I played a lot of tennis and obviously I had to make a decision of whether to try and make it in football, so this next stage of my development shows that it wasn’t such a bad idea! I just want to try and grasp the opportunity I have been given.”

Academy Manager Kieran Scarff said: “Gabe has just really well. At 14, he really began to focus on football because he is an extremely talented tennis player by all accounts. He has had a really good first season, to get a contract at this stage shows that we have a lot of faith and belief in him. He has a real capacity to learn, he is very determined and we believe he will push and get some regular match time at under 23 level next season.”